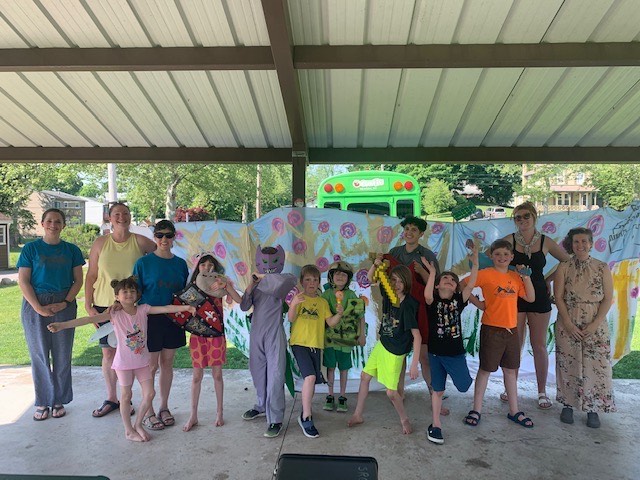 Navigators experience performing arts by creating and performing their own play. (Images courtesy of Jessica White)

When Jessica White was a child, she was a Girl Scout, and she imagined that her future children would also join the organization.

As an adult, though, White, who is an early childhood special education teacher, found the traditional scouting programs were not exactly what she was seeking for her two sons. Careful not to disparage any particular program, she nevertheless felt they lacked “a sense of community” and didn’t feel hands-on enough.

“I was hoping for more robust group experiences,” she said.

With her older son, who is on the autism spectrum, in mind, White, who lives in Beacon, started looking for alternatives. When she came across a program called Navigators USA, she grew excited.

Founded in 2003 by volunteers who had previously led a Boy Scout troop that met in a homeless shelter, the organization is dedicated to a “more inclusive scouting experience” that invites all genders, and is secular and non-discriminating.

White, finding that Navigators encapsulated all the traits she and her husband sought, founded Beacon’s chapter in December 2019 with another family. The chapter, Navigators No. 275, has grown from around five regulars to 15 families who meet for activities on the first or second Monday of the month at Beacon’s Recreation Department, and again on a Saturday later in the month. 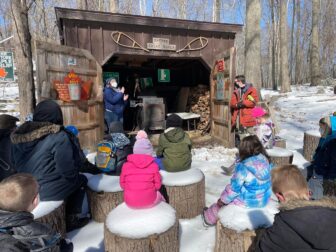 Activities have ranged from hobbies and games to computer coding, archery, yoga, performing-arts productions and nature lessons. An entomologist brought insects to one meeting and a parent who teaches at a conservation site designed a program on watersheds, followed by a trip to clean up at a watershed and hiking trail in Wappinger, White said. The kids will take their first camping trip this month. 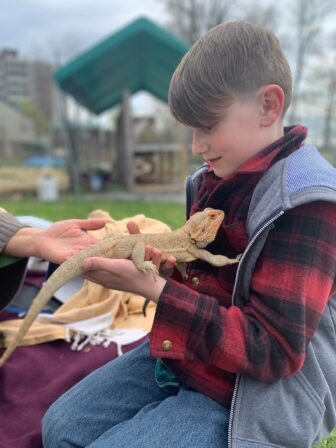 A Navigator got hands-on experience with a bearded dragon during dragon month.

The “cornerstone” of the program is children on the autism spectrum, said White. “We want to have a safe haven for children on the spectrum to be accepted and absolutely embraced and we’ll cater to their needs as much as humanly possible,” she said.

There are currently no seniors, but White expects the first ones next year.  On average, the chapter’s children are in first and second grade, and they are the program’s best promoters, she said. One of them, Elan, said his favorite activities were “doing the play and making dragons and being with my friends,” while Kay said she “liked the cool badges,” according to White.

The program is guided by the philosophy that “it takes a village,” and is not a “drop-off” point for parents, she said. At least one parent from each family must participate in meetings or other activities, including fundraising, ordering uniforms and badges and participating on the chapter’s planning committee.

“There’s so much happening, richly, around the community,” said White. “Pool it and everyone benefits.”

Yearly dues are $60 for two parents and one child, and $10 per additional child, with scholarships offered to those unable to pay. Uniforms and badges are optional. To raise additional revenues, the group collects recyclables, organizes yard and bake sales, and solicits donations from local businesses. All revenues cover operating costs, the largest of which is insurance, said White.

Another crucial aspect for White is the need for Navigators to be secular. If the program emphasizes diversity and equity, “we need to extend that to religion, gender division and other things important to so many,” she said.

Asked if there was a perception that Navigators is “the liberal scouting group,” White said that “there’s no question in my mind: We lean more liberal, but as a scouting group, it’s also key that diversity, if it’s truly about acceptance, is about welcoming anyone from any group.”

For more information or to sign up for one meeting, email Jessica White at [email protected].