Fahnestock State Park in Philipstown got another big upgrade this week with the opening of the 9.5-mile multi-use Hubbard Perkins Loop Trail in the park’s northwest section. 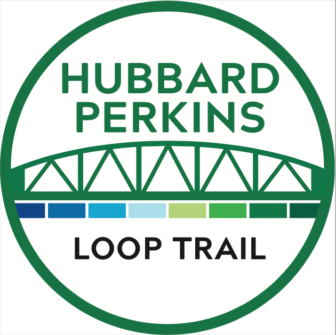 The project significantly reworks and reroutes parts of several existing trails to avoid sensitive wetland areas as well as makes the trails more suitable for running, horseback riding, mountain biking, snowshoeing and cross-country skiing. The $1.5 million project was planned and paid for by the Open Space Institute, through a mixture of private and public funds.

“You get up there now and it’s just ridge after ridge,” said Peter Karis, the vice president of parks and stewardship at OSI. “The slopes are gentler, the curves are sweeping; we bring you close to the rocks and the boulders and there’s multiple stream crossings.”

“These are the cadets that are going to go into the Army Corps of Engineers,” said Karis. “They actually get to build something that they’ve designed. It’s real-world experience. This is the fifth year in a row we’ve done this and it’s been their number one choice for capstone projects. Every cadet wants to build a bridge.” 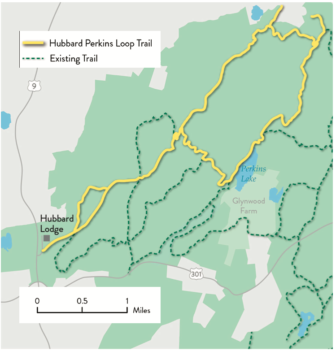 The bridges themselves also do double-duty as symbols on the new blazes that mark the Hubbard Perkins Loop Trail, since it overlays several existing trails.

“It’s got beautiful places to visit that the other trail did not go by before,” he said. “It’s a spectacular, interior big-forest type of experience, which is what Fahnestock is all about.”