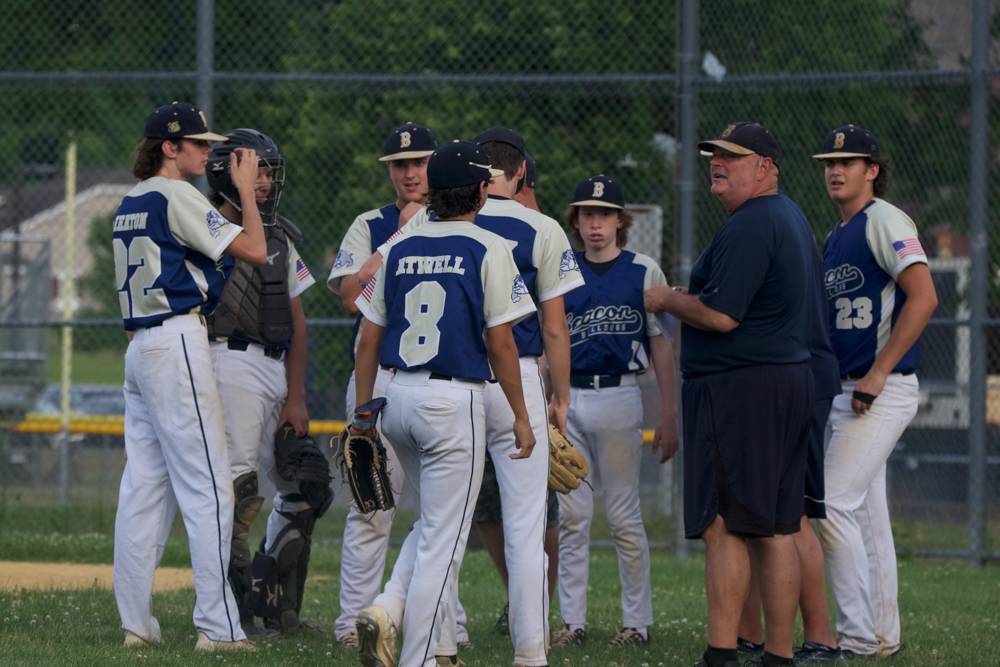 Coach Bob Atwell and the Bulldogs 15U team placed seventh at the 12-team Firecracker Tournament over the July Fourth weekend. (Photos by S. Pearlman)

The Beacon 15U summer baseball team traveled to Hershey, Pennsylvania, to compete in the 10th annual Firecracker Tournament, where the Bulldogs won two of their three games, finishing seventh in the 12-team tourney.

Beacon defeated NEPA 9 (from northeast Pennsylvania), 8–2, in the team’s first game on Saturday (July 2), with Anthony Borromeo picking up the win on the mound in relief for the Bulldogs. Borromeo went four innings, allowing just two hits and no runs while striking out four. Austin Jorgensen, the starter, pitched three innings, allowing one earned run with two strikeouts.

Jackson Atwell went 2-for-3 and drove in two runs for Beacon, Jorgensen had two RBI, Ronnie Anzovino and Borromeo each drove in a run and Mercer Jordan went 2-for-3.

In Game Two, Beacon dropped a 9–7 decision to the Mid-State Mavericks, from Scranton, Pennsylvania.

Mikey Fontaine shouldered the decision for Beacon in relief of starter Derrick Heaton, who went three innings and gave up four earned runs, striking out three.

Liam Murphy, Atwell, Fontaine and Jordan each drove in a run, and Heaton went 2-for-3 with a double. 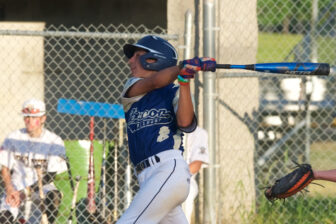 Jackson Atwell went 2-for-3 and drove in two runs in Beacon’s tournament-opening win in Hershey, Pennsylvania.

The top six teams in the first two games advanced to the championship bracket, and Beacon missed that cut by one run allowed. Instead, the team played in the consolation bracket.

In the seventh-place game, the Bulldogs beat NEPA 9 for a second time, winning 7–6.

Atwell earned the win on the mound in relief, going 11/3 innings and allowing two earned runs. Anzovino started for Beacon, allowing one run and striking out three, and Jordan pitched an inning-plus in relief.

Jorgensen drove in two runs for Beacon, and Murphy, Atwell, Heaton and Fontaine each had one RBI.

Bulldogs coach Bob Atwell said his team had a good experience at the tournament, but was disappointed not to make the championship bracket.

“The guys were a little disappointed we missed advancing by one run,” he said. “But we were not at our best defensively, and that led to us allowing more runs.”

The Bulldogs also surrendered too many walks, said Atwell, but broke out of an offensive “funk.” In 15 innings at the tournament, the Bulldogs scored 22 runs.

“We battled, and the kids had a great time at the park,” said Atwell. “It really was a great bonding experience for the guys.