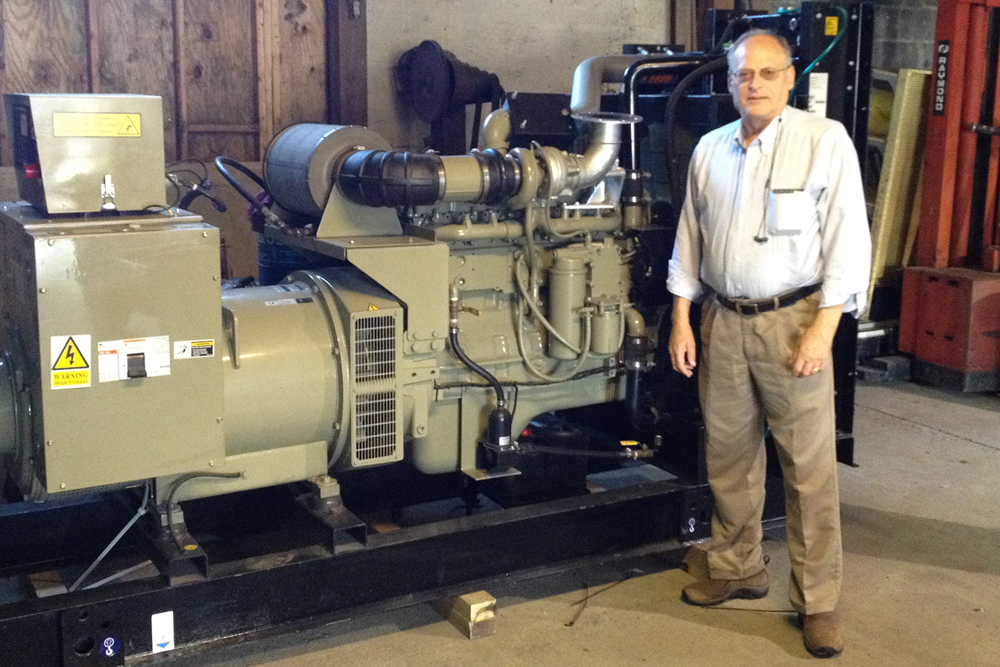 Marshall Mermell of Cold Spring is the chief executive of Advanced Resilient Technology.

What does your firm do?

Our mission is climate restoration and climate repair. We have a system that takes waste, both organic and inorganic, and turns it into a resource through the process of pyrolysis, which is burning waste in the absence of oxygen. You create thermal energy; a material known as syngas [synthetic gas] or pyrogas, and a material known as biochar, if it’s organic. We refer to ours as “elemental char” because we can process both organic and inorganic material. We have seven joint ventures. Some of our partners are generating revenue as waste haulers or landfill operators.

How do you use this char?

The biochar, if it has a high carbon content and other attributes, like the proper pH level, can be used for reducing environmental impacts. We can take certain chars and formulate them into soil amendments, depending on the soil biome of the area that you want to put a crop in, or you want to restore forest to. Syngas can be used to generate electricity. We have an engine known as the Zajac.  That’s the only constant-torque, constant-compression, constant-temperature engine, and it runs at 1,425 degrees centigrade.

How did you get started?

We have several companies. One of them is Marketing Works, which mostly does B2B (business-to-business). Most of our business has to do with bringing innovations in the marketplace. On a trip to Istanbul, we discovered biochar. They were growing corn. They had their baseline corn, which looked like pale corn with bugs in it. Then there was another corn grown in soil using formulated chars. And that corn grew higher and was yellower.

How is the financing for technology-based solutions?

The problem here in America is that most of the financial institutions know about the climate crisis and a lot of their people understand it. But they have a hard time wrapping their heads around how to get this done. Europeans, believe it or not, are ahead of the game. And that’s where we’ve gone to get the money.

Is technology the solution to climate change, or changes in behavior?

Actually, a combination of both, plus nature itself. We have to give nature its ability to do what it’s normally doing. We have nature-based capabilities that we’ve got to engender and create and we also need to use technology to help accelerate that. And, of course, we need to change human behavior. It’s exciting work because time is of the essence.