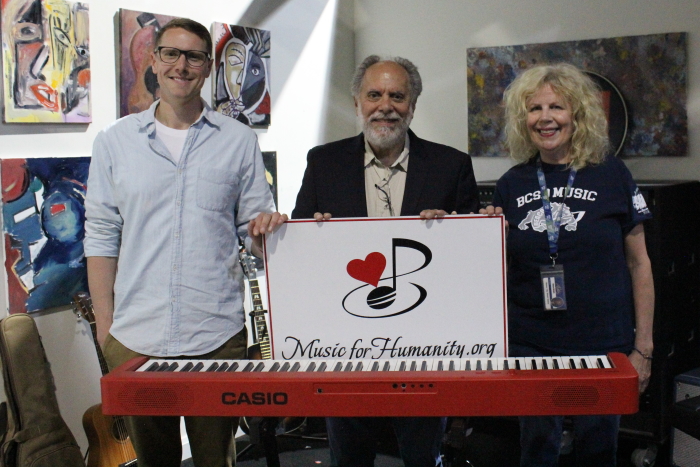 MUSIC NOTES — The Beacon school district last month received a donation of $3,000 worth of instruments from Music for Humanity (musicforhumanity.org), a nonprofit based in Chester. Barry Adelman (center), its co-founder, is shown with James Walton, the high school band director, and Susan Wright, the chorus director. 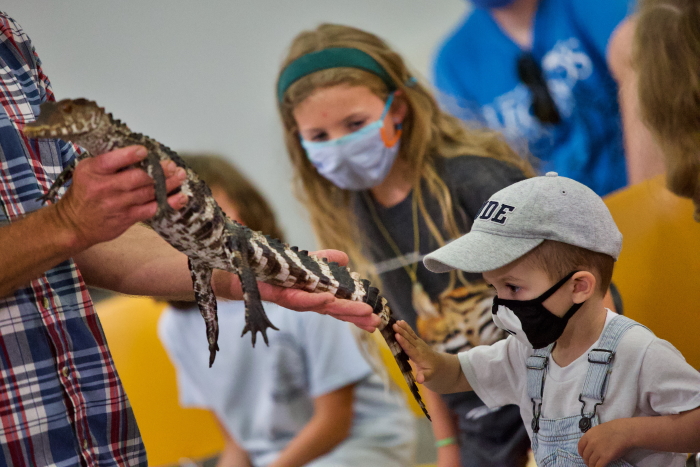 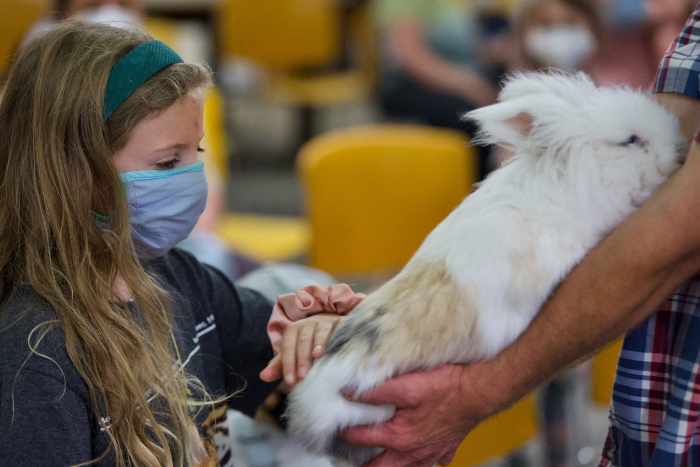 ANIMAL RESCUE — Christopher Evers, who rescues abused and neglected exotic species, visited the Desmond-Fish Public Library in Garrison on July 6 with an anaconda, a large rabbit, African turtles and a cairn. He asked participants to imagine the world from the animals’ perspective. (Photos by Ross Corsair) 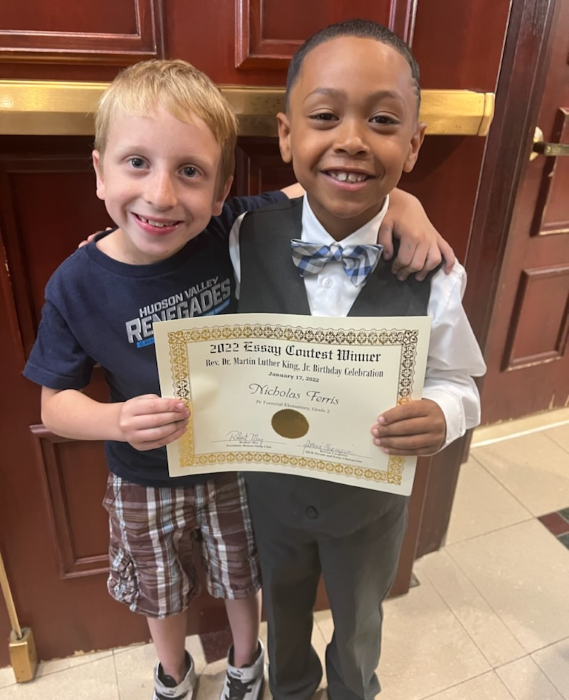 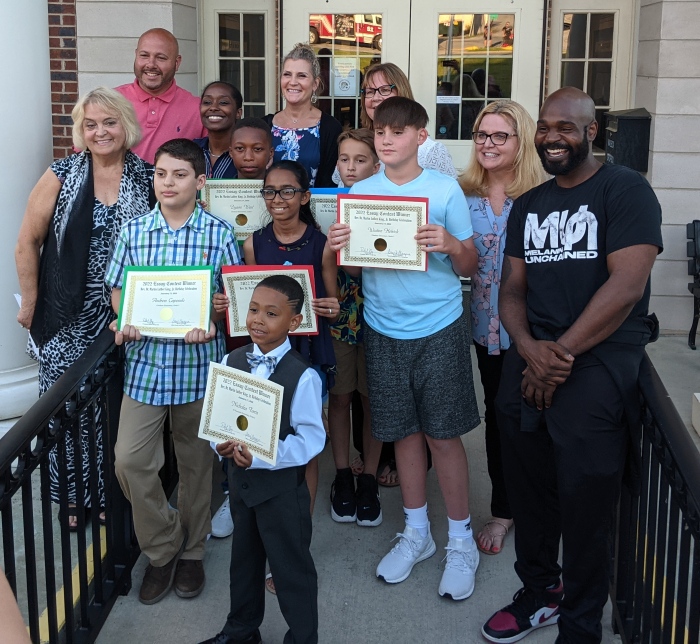 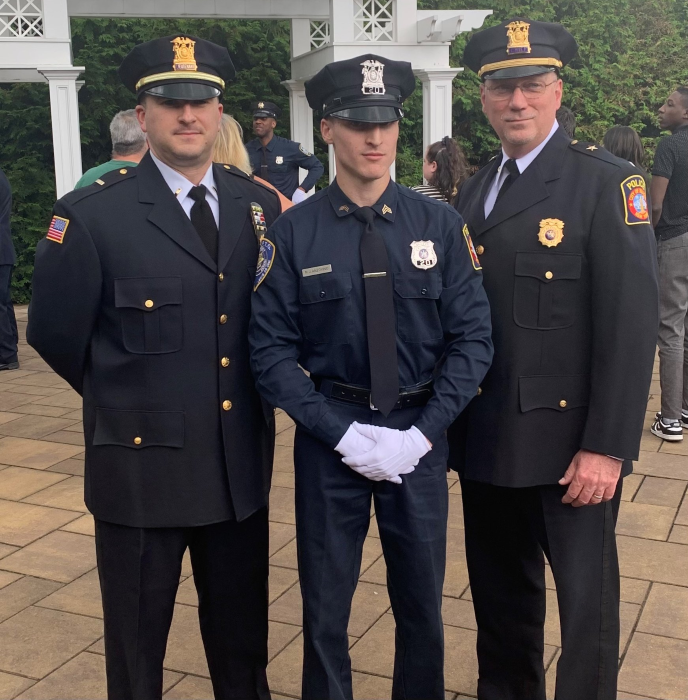