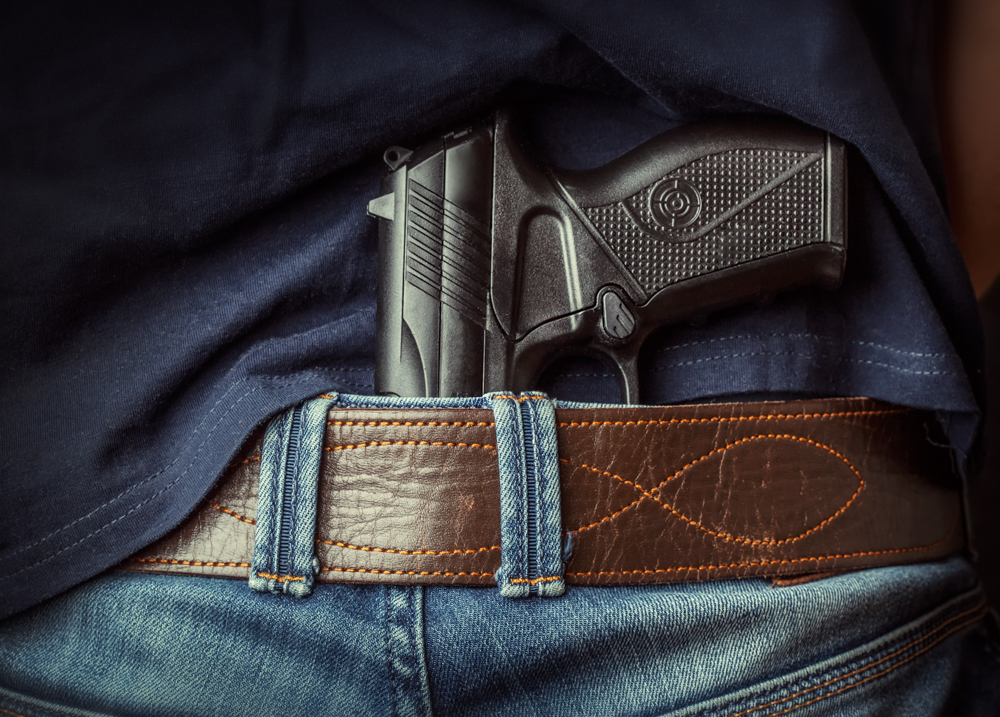 The rollercoaster left the station on June 6, when Gov. Kathy Hochul signed legislation requiring permits to own semi-automatic rifles and barring sales of the weapons to anyone younger than 21, after an 18-year-old used one to kill 10 people at a Buffalo supermarket.

Seventeen days later, on June 23, the U.S. Supreme Court ruled unconstitutional a 109-year-old New York State law requiring that gun owners demonstrate “proper cause” to qualify for a permit to carry a concealed weapon outside their homes.

Within eight days, Hochul and the Legislature’s Democratic majority enacted a response to that ruling: a gauntlet of requirements that applicants for a concealed-carry permit must meet.

Asked last week if Putnam has fielded more than the usual number of calls from gun owners over the last month, County Clerk Michael Bartolotti said: “That would be an understatement. When you combine the gun control legislation passed at the end of session [on June 6], the Supreme Court decision and the new legislation, we have been extremely busy.”

He said that, following the Supreme Court ruling, gun owners began calling to ask about the process of obtaining licenses to carry concealed weapons.

Among the common questions in Dutchess County, said Castano, have been: (1) Can I now carry my pistol in New York City [which bans them]? (2) Do I need a pistol license anymore? (3) If I was denied a concealed-carry permit before the Supreme Court decision, do I now automatically get one?

Six days after the Supreme Court ruling, the volume of inquiries prompted Bartolotti and Putnam County Sheriff Kevin McConville to issue a statement that, despite the ruling, it would be “unwise and premature” to make any changes to the licensing process, partly because Hochul and state legislators were considering a second round of legislation that “could affect the entire pistol-licensing process.”

That legislation, passed by Democrats and signed by Hochul on July 1, means county clerks and sheriff offices will become even busier.

Unless it is successfully challenged in court, the law will require that, as of Sept. 1, anyone applying for a concealed-carry permit provide more information and meet new eligibility standards.

In addition to having to undergo 16 hours of training — including two hours of live firing — and interview in-person with a hearing officer to qualify for a concealed-carry permit, gun owners must provide links to their social media accounts and names and contact information for at least four character references. Existing permit-holders will have to undergo training to recertify their licenses.

Even if they secure a permit, successful applicants will have fewer places to take their weapons. The new law includes a long list of “sensitive areas” where guns will be banned (below). Police officers, armed security guards, active-duty military personnel and anyone legally hunting will be exempt.

Gun owners face a felony charge for violating the ban on weapons in sensitive areas and could also be charged with possessing a concealed gun on private property without the owner’s permission.

The state police will play an outsize role under the new law. The agency will be the “point of contact” for gun dealers requesting background checks on buyers, instead of the federal government. The state police will also be tasked with establishing training standards for gun buyers.

“Since there are so very many details that need to be drafted and provided by various agencies, we do not have much information that we can share with our customers at this point,” said Bartolotti.

What is a “Sensitive Location”?

Here is the text of the law that defines the term.

265.01-e Criminal Possession of a Firearm, Rifle or Shotgun in a Sensitive Location.
For the purposes of this section, a sensitive location shall mean:

(a) any place owned or under the control of federal, state or local government, for the purpose of government administration, including courts;
(b) any location providing health, behavioral health, or chemical dependence care or services;
(c) any place of worship or religious observation;
(d) libraries, public playgrounds, public parks, and zoos;
(e) the location of any program licensed, regulated, certified, funded, or approved by the office of children and family services that provides services to children, youth, or young adults, any legally exempt childcare provider; a childcare program for which a permit to operate such program has been issued by the department of health and mental hygiene pursuant to the health code of the City of New York;
(f) nursery schools, preschools, and summer camps;
(g) the location of any program licensed, regulated, certified, operated, or funded by the office for people with developmental disabilities;
(h) the location of any program licensed, regulated, certified, operated, or funded by office of addiction services and supports;
(i) the location of any program licensed, regulated, certified, operated, or funded by the office of mental health;
(j) the location of any program licensed, regulated, certified, operated, or funded by the office of temporary and disability assistance;
(k) homeless shelters, runaway homeless youth shelters, family shelters, shelters for adults, domestic violence shelters, and emergency shelters, and residential programs for victims of domestic violence;
(l) residential settings licensed, certified, regulated, funded, or operated by the department of health;
(m) in or upon any building or grounds, owned or leased, of any educational institutions, colleges and universities, licensed private career schools, school districts, public schools, private schools licensed under Article 101 of the Education Law, charter schools, non-public schools, board of cooperative educational services, special act schools, preschool special education programs, private residential or non-residential schools for the education of students with disabilities, and any state-operated or state-supported schools;
(n) any place, conveyance, or vehicle used for public transportation or public transit, subway cars, train cars, buses, ferries, railroad, omnibus, marine or aviation transportation; or any facility used for or in connection with service in the transportation of  passengers, airports, train stations, subway and rail stations, and bus terminals;
(o) any establishment issued a license for on-premise consumption pursuant to Article 4, 4a, 5, or 6 of the Alcoholic Beverage Control Law where alcohol is consumed and any establishment licensed under Article 4 of the cannabis law for on-premise consumption;
(p) any place used for the performance, art entertainment, gaming, or sporting events such as theaters, stadiums, racetracks, museums, amusement parks, performance venues, concerts, exhibits, conference centers, banquet halls, and gaming facilities and video lottery terminal facilities as licensed by the Gaming Commission;
(q) any location being used as a polling place;
(r) any public sidewalk or other public area restricted from general public access for a limited time or special event that has been issued a permit for such time or event by a governmental entity, or subject to specific, heightened law enforcement protection, or has otherwise had such access restricted by a governmental entity, provided such location is identified as such by clear and conspicuous signage;
(s) any gathering of individuals to collectively express their constitutional rights to protest or assemble;
(t) the area commonly known as Times Square, as such area is determined and identified by the City of New York; provided such area shall be clearly and conspicuously identified with signage.

One thought on “Gun Owners Have Questions”