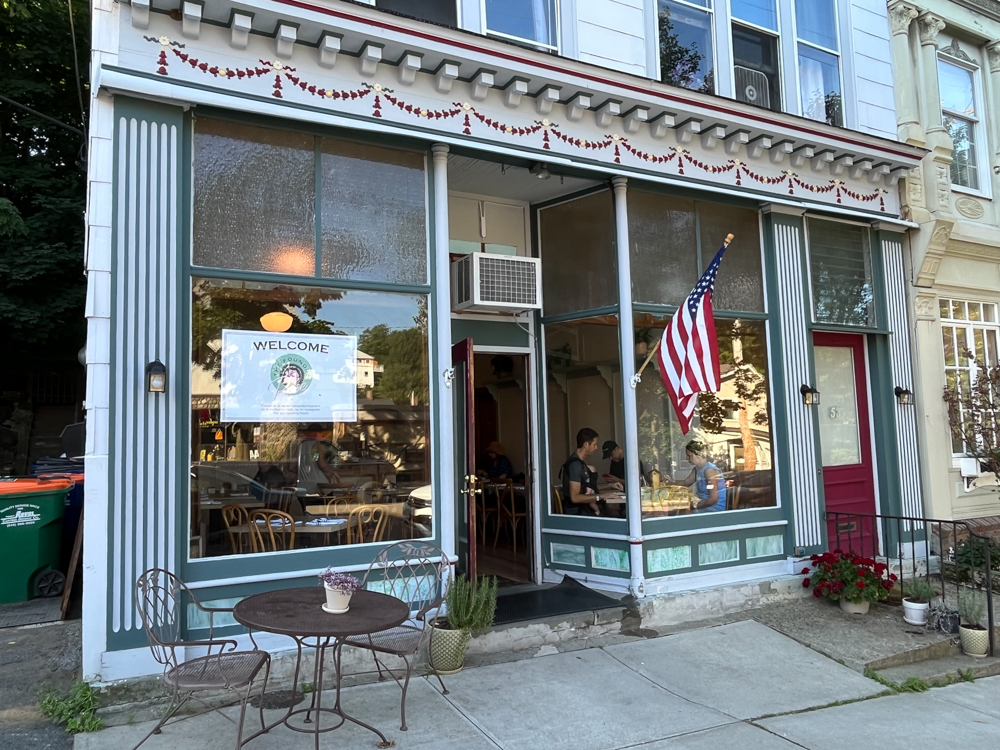 Diners enjoyed breakfast at The Foundry Rose at 8 a.m. on a recent Saturday. (Photo by A. Rooney)

MaryRose Donaghy has fond memories of The Foundry Cafe, the Cold Spring breakfast and lunch mainstay that seemed to have been at its Main Street location forever. In fact, the eatery lasted for 26 years before closing in January. 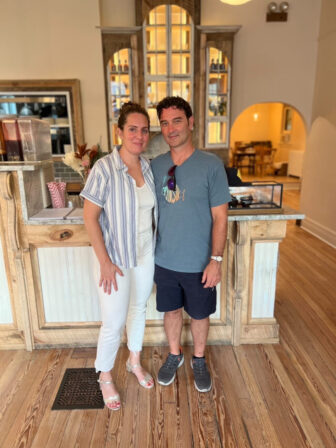 MaryRose and Doug Donaghy, owners of The Foundry Rose

Donaghy and her husband, Douglas, a lieutenant in the Yonkers Fire Department who runs a flooring business on the side, moved around the corner from The Foundry when they settled in Cold Spring 15 years ago. “We ate there all the time; mostly we loved to hang out with Jeff” — Jeff Consaga, the former owner, who was often seen through the opening to the kitchen, skillet in hand.

Donaghy, who owns Firefly Yoga in Fishkill and years ago worked for a chef, had a long-simmering hankering to open a restaurant. Knowing, as did many in town, of the seesawing fortunes of The Foundry, exacerbated by the pandemic, and of Consaga’s desire to retire, she approached him about a partnership.

That didn’t work out but they eventually took over from Consaga, which gave them more freedom to make changes. They renovated the space, with new floors, paint, chairs, upholstery, stove and refrigerator. “We’ve tried to make the kitchen more usable,” she says. “We’ve been learning how to make a menu full of variety that can be produced in a small kitchen; we’re continually working on that.” 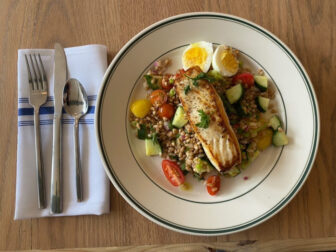 About that menu: “I was looking for what was missing,” Donaghy says. “We wanted to follow the lead of our juice bar with salads at Firefly in terms of bringing healthy elements to the menu while keeping traditional staples — a place where you can have a smoothie or steak and eggs.” 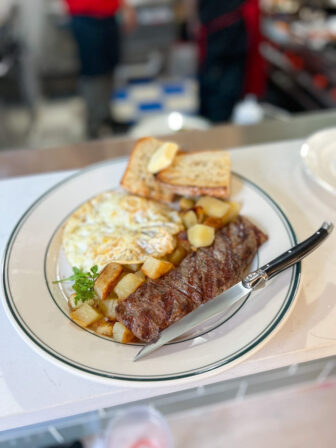 A sampling of breakfast items includes staples such as eggs with hash browns and bacon or sausage; buttermilk pancakes with cinnamon butter and fruit; and a gravlax breakfast bagel, alongside more unusual fare like the vegan and gluten-free Green Goddess bowl, with pineapple, banana, spirulina, kale and almond milk topped with cucumber, almonds, kiwi and pumpkin seeds.

The couple have tried to source locally with coffee from Big Mouth, bread from Signal Fire, fish from Cold Spring Fish and Crown Maple Syrup from Dover Plains. 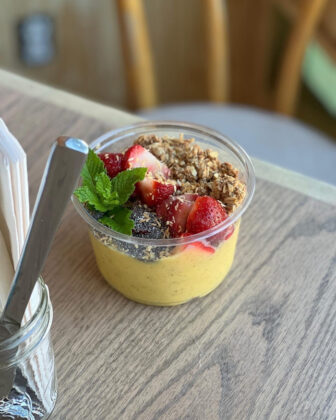 What’s not on the menu is Consaga’s celebrated French toast. Asked about it, Donaghy nodded, anticipating the question. She said the issue was how long it takes to make his recipe — a familiar memory to those with a table of hungry kids slowly descending into chaos. “Jeff’s French toast took 25 minutes, minimum — we’re trying for under 25 here!”

How does Donaghy — the mother of two and stepmother of one and now the owner of a yoga studio and a restaurant in different locations — de-stress? Need you ask?

One thought on “The Foundry Reopens with a Rose”