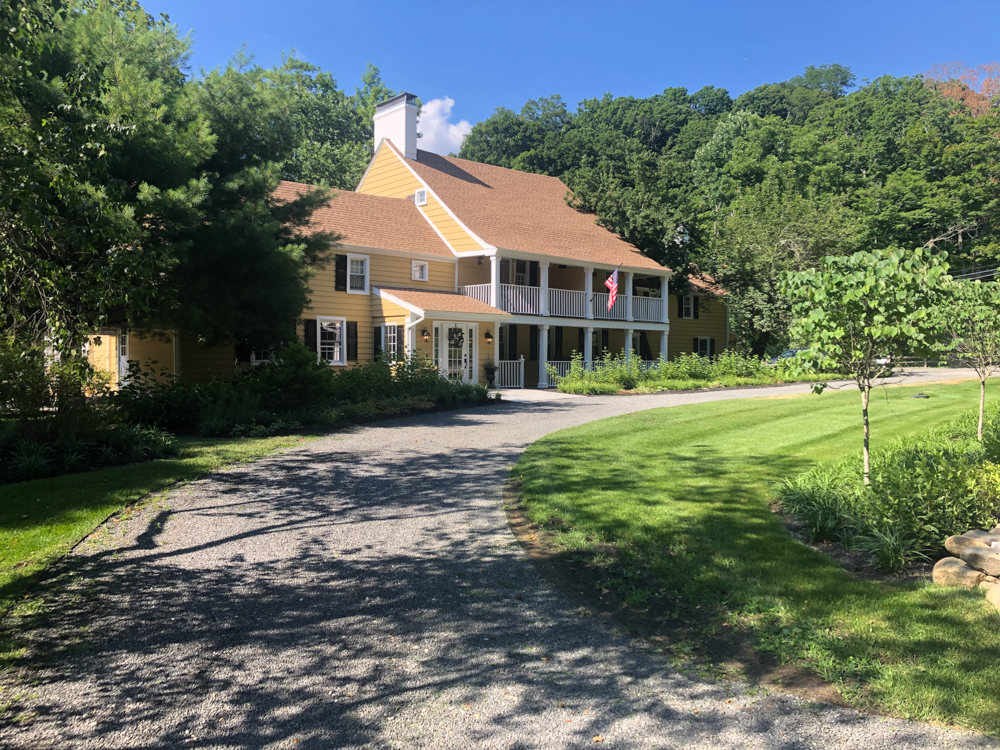 The Bird & Bottle Inn is located in Garrison off Route 9. (Photo by Chip Rowe)

Famed restaurant and inn has another go

For its first 155 years, beginning in 1761, the property now known as The Bird & Bottle Inn remained in the hands of one family.

Since 1916, it has been bought and sold seven times.

The latest owners, Marjorie Tarter and Brendan McAlpine of Beacon, acquired the inn in 2020 for $1.25 million, undertook a major renovation and opened the restaurant and tavern off Route 9 in Garrison in April of this year. (The guest rooms are not yet receiving visitors.) 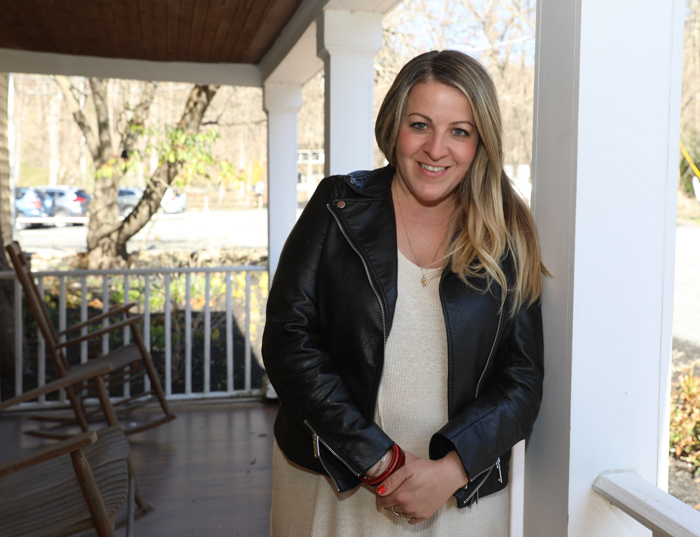 Marjorie Tarter stands on the porch of the newly renovated Bird & Bottle.

So poor was the food during an earlier phase of its ownership that in 1985 a restaurant critic for The New York Times described the entrees as “insulting. That they were served at all seemed to indicate considerable contempt for the diner… The chicken liver pate should have been fed to the cats.”

Though things improved in subsequent decades, the inn came to be seen by many as a beloved but tired relic.

So what convinced Tarter and McAlpine that they could turn around an enterprise that had struggled for years?

“Maybe we’re crazy and just fell in love with how old and special the inn was,” said Tarter, hopefully. “Or maybe we didn’t really know it was a mess?”

“So what made us think it was OK to do this?” Tarter asked.

“I don’t want to sound arrogant,” said McAlpine, “but if you make something good, if you execute a vision the way that I know we can…”

“If you make something delicious and do it right?” 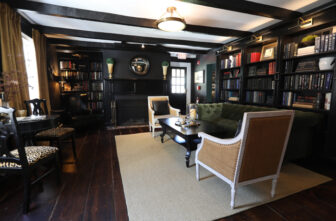 The lounge features leopard-print upholstery on the side chairs.

And come they have. Since its opening on April 11, the restaurant has been bouncing from Wednesday through Sunday evenings, and, since May, during weekend brunches, as well.

Yet there are no easy rides in the restaurant business. Even the most beautifully executed vision can require months of tweaking, and the tiniest misstep comes with a hefty price. It helps, McAlpine said, that he’s stubborn. “I won’t give up on something. If it isn’t working, we’ll figure it out.”

It helps, too, that the couple brings more than grit to the endeavor. Tarter, a history buff, built a marketing career in Manhattan before returning to Beacon, her hometown, and joining the Beacon Historical Society. While advising on the reconstruction of the Beacon Theater, she met McAlpine, one of its new owners. He is an attorney-turned-developer whose previous projects included renovating The Roundhouse with his father. Their transformation of an abandoned factory campus into a successful restaurant and hotel helped attract investors for the Garrison project, she said.

Tarter was also fired up about the history of what she calls “The Bird” — not just its legendary phase as a Revolutionary War-era tavern and stagecoach watering hole, but as a chic destination for epicures during the 1940s and 1950s. So hot was The Bird & Bottle during this heyday that it attracted the likes of Joan Crawford, Vincent Astor, Greer Garson and Veronica Lake. 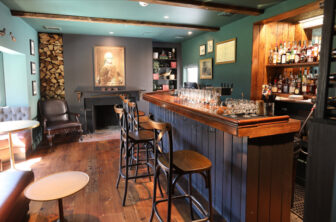 The cozy bar at The Bird & Bottle

It owed no small part of its popularity to the menu, developed by Lena Richard, a renowned New Orleans chef, cookbook author and restaurateur, as well as a groundbreaking Black entrepreneur. “She’s the unsung hero of this place,” said Tarter. “I’m sure the idyllic setting helped, but people raved about her Creole and Cajun flavors.”

After Richard’s departure, the inn owners hired a little-known caterer named James Beard to take over as menu consultant.

Adding to The Bird & Bottle’s mid-century fame was a widespread wave of nostalgia for colonial Americana. Starting during the lead-up to World War II and through the 1950s, America was infatuated with its past (the noblest aspects of it, at least). Garrison’s “historic up-country tavern” embodied that retro-chic.

Tarter and McAlpine have aimed to tease out the best threads from this past without becoming mired in historical fidelity. “We didn’t want to do Colonial Williamsburg,” said Tarter. Instead, they aimed for a hipper, more relaxed, and at times even ironic take on the past.

Consider, for example, the reproduction portrait of a Victorian gentleman with ink dripping over his face hanging in the map room. A mural inspired by the Hudson River School covers the dining room walls and the lounge features leopard-print upholstery on the side chairs.

Their goal was to create a place as compelling to locals as to out-of-towners. “We didn’t want to be just a special occasion or tourist destination,” said Tarter. The key was to offer a great meal. The couple interviewed dozens of chefs. They wanted someone open to playing with old recipes that tell stories, said Tarter, as well as catering experience, since The Bird will host weddings. “And we wanted someone who wasn’t at the tail end of their New York City career, looking to retire to the country.” 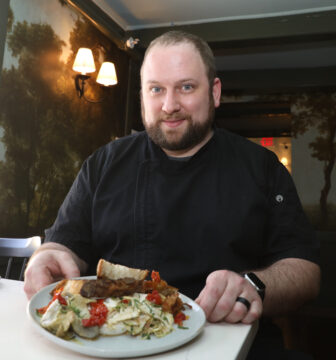 Chef Kristian Meixner checked all the boxes for The Bird & Bottle’s new owners.

One day, “in walks Kristian Meixner,” said Tarter. Not only did he have skills, he checked boxes for intangible qualities. “There are so many egos in the restaurant world. And he’s just a great egg.” Indeed, the couple frequently stressed that their whole team is “amazing.”

Nonetheless, during the months leading to The Bird’s reopening, Tarter feared that locals were anticipating another flop. In early May, she and McAlpine were buoyed during a visit by the inn’s previous owners, Elaine and Mike Margolies, who now live in Florida. “They looked around and said: ‘You did it! You did what we could never imagine,’ ” Tarter recalled.

“They were both in tears,” said McAlpine.

Mike Margolies admitted that he’d struggled to attract weeknight customers. “He told us, ‘I never could make it work. We lost money the entire time,’ ” said Tarter. “I was like, ‘Thanks for telling us now!’ ”

Despite signs they’ve turned it around, Tarter sometimes feels daunted by the magnitude of their undertaking. “The Bird is way bigger than Brendan and me. We feel like stewards and not owners of this place.

“Did we do it justice?” she asked. “Whenever people tell us they love it, it’s such a huge sigh of relief.”