Sometimes things appear seemingly out of nowhere, including last year in Beacon, when banners honoring veterans began popping up on utility poles.

Drivers must have wondered who was behind the project: It wasn’t the city, the American Legion or the Veterans of Foreign Wars.

Instead, it was organized by the local chapter of the Daughters of the American Revolution.

The banners feature photographs and service information for veterans who served from World War I to the present. They are becoming more common throughout the Hudson Valley, showing up recently in Kingston, East Fishkill and Wappingers Falls, and the Town of Philipstown and Village of Nelsonville boards are considering allowing them.

Asked why veterans should be honored beyond Memorial Day and Veterans Day, Joan Miskell, who chairs the banner committee for the Melzingah chapter of the DAR, quoted Gen. Mark Milley, chair of the Joint Chiefs of Staff, who recently addressed the DAR’s 131st annual convention in Washington, D.C.

“If it weren’t for those veterans,” he said, “you might not be able to say what you want to say in the newspaper!”

The DAR focuses on projects related to history, education and patriotism. Founded in 1890, the organization has 190,000 members nationwide. Members must be descended from a person involved in the colonial efforts toward independence. Miskell, for instance, descends from Elisha Richards, a patriot who died in combat on July 3, 1778.

The Melzingah chapter, based in Beacon, formed in 1896 and has 150 members. The group received permission from the City of Beacon to launch the banner project, as well as from Central Hudson to use its utility poles.

Miskell said the banners are installed before Memorial Day (the last Monday in May) and removed after Veterans Day on Nov. 11. 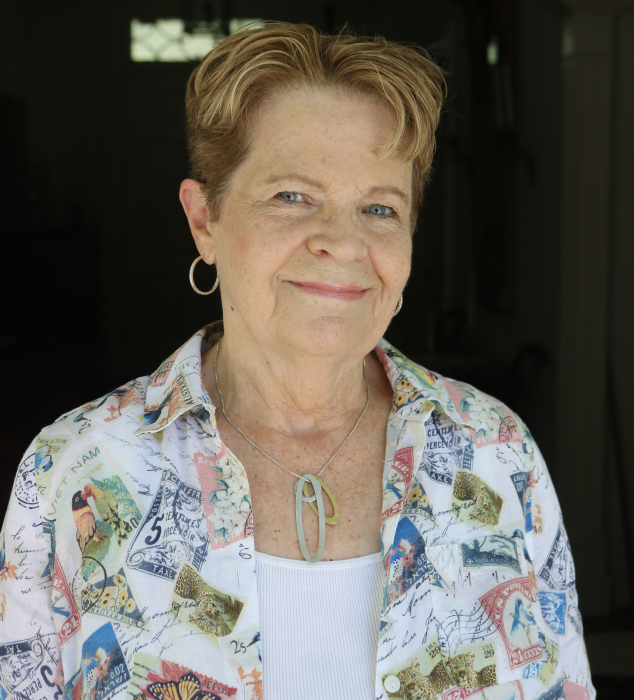 Friends, relatives or organizations can sponsor a banner for $125 to recognize any veteran, living or dead. So far, the Beacon banners honor 88 veterans and hang mostly along Route 9D/Wolcott Avenue. “I’d like to see them all along 9D, from Beacon’s southern to northern border,” Miskell said.

Portraits of two Beacon residents who were active in the Revolutionary War — Maj. Gen. Alexander Hamilton and Maj. Henry Schenck — appear on opposite sides of a banner adjacent to the Veterans Memorial Building on Main Street, which houses chapters of the American Legion, VFW, Nam Knights and Marine Corps League, as well as Guardian Revival, all of which have supported the DAR initiative.

James Forrestal, who served as secretary of the Navy during World War II and later as the first secretary of defense, also appears on a banner.

But it is some of the less famous service members whose stories most resonate with Miskell, such as William B. Wilson, the first soldier from Beacon to die in World War I. He was killed, Miskell said, while trying to rescue a friend from Newburgh who had been wounded.

She is also moved by the story of Nicholas Calaluca, who in 1960 was a 19-year-old firefighter aboard the Navy destroyer USS Daly. “His ship was hit by a 20-foot swell and went into a 65-degree roll,” she said. “He was swept overboard and drowned.”

Four prisoners-of-war are also recognized, including Army Pfc. John Paul Grudzina, who, during World War II, was captured during the Battle of the Bulge but managed to escape.

Miskell would like to see the program expand, both in numbers and diversity. There are no Civil War veterans, such as Gen. Joseph Howland, whose family founded the Beacon public library that is this year celebrating its 150th anniversary, she noted.

In addition, the banners only include four African Americans and four women.

For more information about sponsoring a banner, email Miskell at [email protected].

One thought on “The Story Behind Those Beacon Banners”