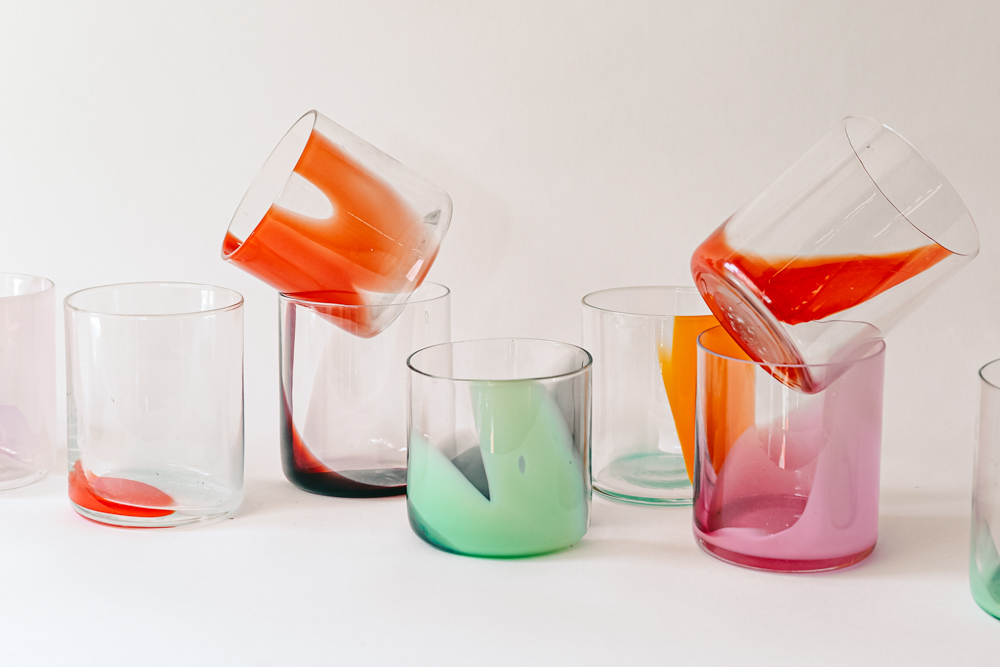 Will be among artists at annual Garrison craft fair

If Pierre Bowring’s handcrafted glassware appeals to you, the best chance of obtaining it might be by visiting the Garrison Art Center’s annual Craft Fair on Aug. 20 and Aug. 21, where his work will be featured, along with that of more than 50 other vendors.

If you’re fancying a custom design, perhaps inspired by Bowring’s thriving Instagram following, you will have to wait. His business, Bow Glass Works in Beacon, has taken off in the past year and he has a four-month lead time. “That’s insane,” he says, “but I appreciate it.” 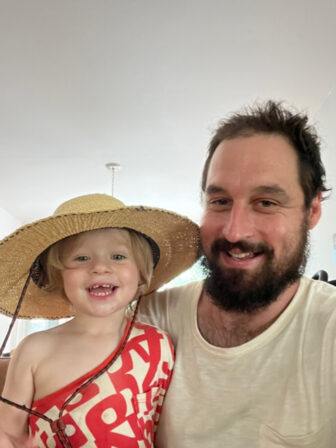 Bowring with his daughter, Lucille

Bowring grew up in a household where art was a central force. “My mom is a painter, and her friends are all artists,” he says. “From an early age, I was always around it and loved doing it.”

He studied painting at Virginia Commonwealth, where a faculty member was impressed enough that he gave Bowring his credit card so he could buy paint. By his senior year, he was selling his work and had a show at a local coffee shop.

As he prepared to graduate by putting together a portfolio, he happened into the VCU glass studio. He says his immediate response was, “I want the glass.” Despite having “pretty severe” attention-deficit disorder, he found it disappeared in the shop. “It immediately gave me a lightning focus,” he says. “It gave me a place where I could pay attention to detail.”

Two decades later, little has changed. “It’s surreal at moments,” he says. “I’m in a garage studio surrounded by hundreds of pieces of glass; none are the same.

“Someone asked me how I come up with my designs, and the wonderful thing about glass is the color component is so uncontrollable. I can control the form but not the ‘colorway,’ and that’s magical. I’m making functional things — things to put flowers into, to drink from — it’s about sharing with other people.”

In the beginning, he was frustrated by his inexperience. “I was terrible at it, really bad,” Bowring recalls. “At a certain point, when I felt I wasn’t going to get better, I became a short-order cook. I moved to Washington, D.C., determined to be a chef. That’s when I met my wife. She was a printmaker and she got me into glass again.

“This time I was ready to learn. I got into Penland [a renowned craft school in North Carolina], where I wound up blowing glass 10 hours a day.”

At that juncture, Bowring, who, despite his first name, is not French (his mother was a Francophile), was hired as the head of production at Niche Lighting in Beacon. He left that job six months ago to launch his own studio (bowglass.com). His sales are mostly through wholesalers, although he sells directly through Instagram and at craft fairs. His work is also available at Berte in Beacon and Second Home in Woodstock.

His wife, Jennaway Pearson, is co-director of a Poughkeepsie nonprofit; they’ve been busy lately keeping the glassware out of the clutches of their toddler, Lucille.

Bowring says the perception is that glassware is a luxury item, but people often overlook the cost of the raw material and that each piece is handmade. “I’ve been working with glass long enough to be able to make something quickly and efficiently, which is a big part of my business structure,” he says. “My aim is to provide conversation pieces, which are often fun and distinct.

“The other day, my parents came to visit. I grabbed glasses to pour them seltzer, and a pitcher to serve them still water, and a glass bowl for food; my dad was hungry. Later, in other glasses, we all had wine and beer.

“It was wonderful: perfect and nice. This is why I love doing this. It’s about how people can make their lives a little better. This piece of glass will make your life better. That might seem silly, but I don’t think that’s the case.”

Garrison Craft will take place from 10 a.m. to 5 p.m. on Aug. 20 and 21, rain or shine, at 23 Garrison’s Landing. Parking is available at the Metro-North station. Tickets are $13 and can be purchased at the gate or at garrisonartcenter.org.