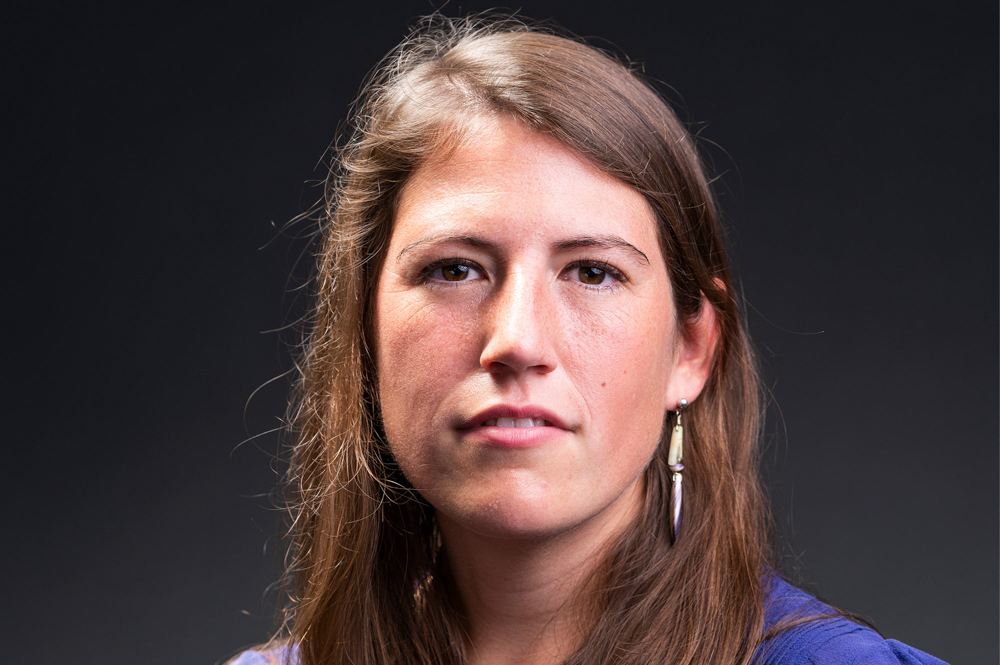 Madeline Sayet, a member of the Mohegan Tribe, is performing her one-woman play, Where We Belong, at the Hudson Valley Shakespeare Festival in Garrison through Monday (Aug. 22).

What is the origin of the play?

I began writing it after moving back home to Mohegan [in Connecticut] from the U.K. in 2016. It was a strange moment for me because it was the first time when I came home that my feet didn’t root quite right to the ground. I asked myself, “Does missing England as a Mohegan person make me a traitor?” In grappling with that, the first draft spilled out. I felt pulled between my love of Shakespeare and my love of my Mohegan culture. In that moment, in the midst of Brexit and all of these events in which societies were deciding to exclude instead of include people, I was curious about how lines get drawn.

How does it feel to perform in sight of the Hudson River?

It has been transformative. We are on Lenape, Wappinger and Mohican land — not in my homelands, but still within the traditional travel and trade routes of the Mohegan people and by far the closest to my homelands that we have told this story so far. This is our first time doing the play in the Northeastern woodlands, so it feels as if the world around us is contributing to the audience’s understanding. The play begins with words about the place spoken by Curtis Zunigha, who is Lenape, and the ways in which I feel we are grounded in place here and the ancestors of that place is so much stronger than anywhere else we have told the story. The land is also speaking.

How does the play connect with Shakespeare?

It begins with my love of Shakespeare, which is something the audience shares, so I can bond with them about that. The audiences at Hudson Valley so far have been good about going on the journey with me. Performing at a Shakespeare theater that is also outside has given it a resonance, because people become aware of the tension of being in a Shakespeare theater on Native land. The style of the space also helps the story because the play was written with Shakespearean structure. It has a prologue that grounds us in the physical place and an epilogue that brings us into the present moment and includes a lot of direct address and poetic text that works well in Shakespearean theaters.

Do discussions of colonialism inevitably result in people being defensive?

It depends on peoples’ understanding of colonialism. It’s a system, not an event or time period. In the play, I try to address the ways in which colonialism is an ongoing set of behaviors, a way of setting up borders that weren’t there before, the us versus them. When people get defensive, it is because they feel they’re being told they are responsible for what their ancestors did, or because they aren’t willing to question valuing certain things above all else.

Is there any correlation between the retention of language goal for Mohegans and finding accessible ways into Shakespeare’s language for young English-speakers?

We aren’t trying to retain it — we’re trying to reclaim it. The last fluent speaker of our language passed away in the early 1900s. So we are building back something that was taken from us — it will take generations of work. Most students are required to learn the language of Shakespeare. By contrast, there have been long periods of history in which Native arts have been illegal. Native languages were forcibly removed as a matter of policy in this nation. While they are both things that I love, I cannot imagine a more drastic difference than the support given to furthering Shakespeare versus the lack of support given to the Native languages of this place. We should have the opportunity to learn from many languages and honor the stories of the lands in which we live.