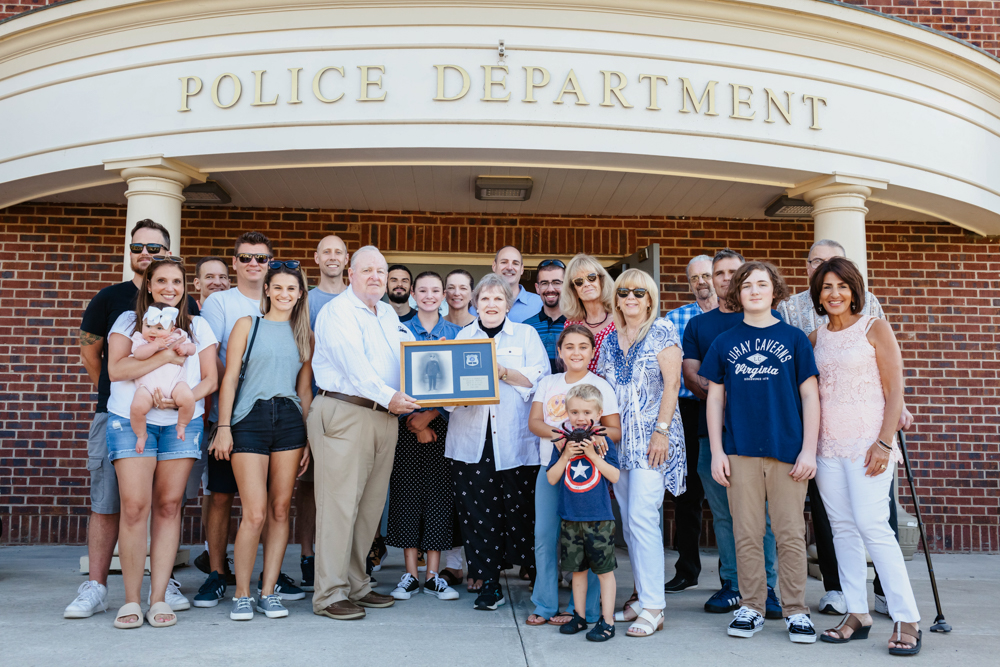 Descendants of Officer Charles Lucy gathered this week for a photo outside the Beacon Police Department. Two of his grandchildren (center) hold a plaque with his photo and badge created by the police union in 1991. (Photo by Valerie Shively)

Beacon patrolman slain a century ago

A century ago this week, Beacon police officer Charles Lucy was killed while responding to a neighborhood disturbance.

He remains the only officer the department, which was created in 1913, has lost to violence in the line of duty.

They visited the Police Department, the Beacon Historical Society and St. Joachim’s Church, where Lucy and his wife, Mary, were wed in 1900. She died in 1965, and the couple are buried at the church cemetery on Washington Avenue. 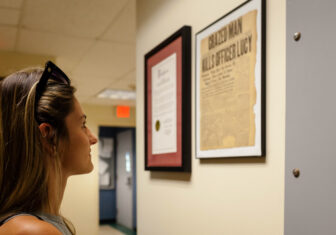 A descendant of Officer Lucy reads a 1922 news clipping at the Beacon Police Department about his death. (Photo by Valerie Shively)

A framed newspaper front page with an account of Officer Lucy’s death hangs at the police station. The headline in what was probably an issue of the Beacon Daily Herald (the masthead is missing) reported that a “crazed” resident of North Street killed the officer by shooting him in the head.

According to the article, Lucy and his partner, Officer Joseph Judge, had responded to a call that Willie White, 30, “was causing trouble again.”

Along with the Beacon paper, The Associated Press, the Poughkeepsie Eagle-News and at least two New York City papers reported on the shooting, offering sometimes conflicting details. The county coroner would later conduct an inquest and criticize the Beacon Police Department for its response, which ended with the unarmed White being fatally shot through a window.

According to testimony at a coroner’s inquest, the incident began when White entered a neighbor’s home threatening Dr. George Jennings, who was there visiting a patient, accusing him of killing his father. White later pointed a shotgun at Jennings from his porch, the doctor said. The doctor drove to police headquarters to report the incident, and Lucy and Judge were dispatched. 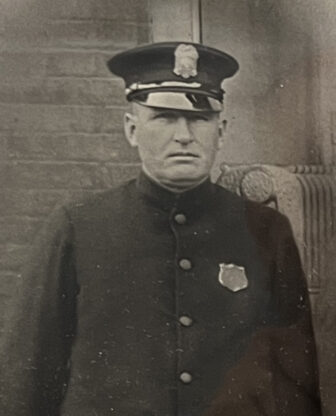 The officers, accompanied by Jennings, were met at the door by Mrs. White, who asked them “not to take my boy.” When the officers entered the home, Willie White retreated upstairs. Lucy followed and White, positioned on the landing, fired a shotgun blast that killed him instantly. Judge said he heard a click as if White had tried to fire again, but then he disappeared.

Judge retreated to the porch and called for backup. The first two officers who arrived helped him remove Lucy’s body, and Mrs. White was taken to headquarters.

Soon an agitated crowd of armed boys and men gathered; the New-York Tribune described it as “the entire Police and Fire Department” plus “1,000 citizens.” By some reports, bystanders began taking potshots at the second-story windows.

Two companies of the Fire Department blasted water into the windows to force White out, while officers positioned themselves in trees or adjoining homes, including a firefighter, James Devine, and the police chief, Theodore Moith, who went to the second floor of a house next door.

At the coroner’s inquest, Moith testified that White spotted them and fired two or three shotgun blasts. They returned fire, “blazing away together,” he said. “I do not know which of us hit him.”

The Tribune said the crowd chanted, “Kill him!” as police cleared a path with their clubs to get the wounded man into an automobile and to Highland Hospital. Inside the home, officers said they found rifles, revolvers and more than 1,000 rounds of ammunition. Police said they planned to ask a judge to commit White’s mother, who suffered from dementia, to an asylum.

Months after the killing, the coroner criticized the Beacon police for their “crude and antique” attempts to apprehend White, concluding he had been unarmed throughout the hour-long standoff and noting that investigators had found only a single empty shell inside the home. The coroner also said that the department, knowing that White was mentally ill, should have taken action earlier to have him committed, which might have prevented Officer Lucy’s death.

He concluded that White’s killing had been unnecessary but justified because he had been evading arrest after committing a felony. However, he said, “a much safer and more sane manner could have been employed.”

Lucy was killed two weeks before his 49th birthday. “His party was being planned but it didn’t occur,” said Judy Glenn, 62, one of his great-grandchildren, who, along with a cousin, organized the family’s trip to Beacon.

Chief Moith was scheduled to be away on a fishing trip on Aug. 15, so Lucy expected to be behind a desk in the office that day. When the chief’s trip was canceled, Lucy was back “walking the beat,” said Glenn, who lives in Philadelphia. 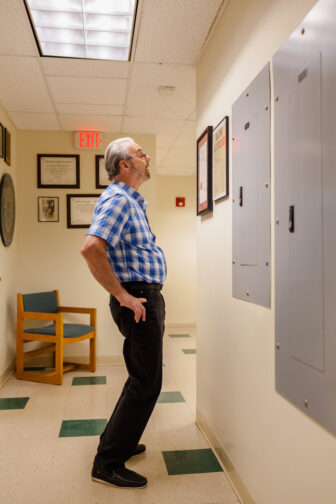 A descendant of Officer Lucy reads a 1922 news clipping at the Beacon Police Department about his death. (Photo by Valerie Shively)

While out, Lucy ran into his youngest son, who was on his way to Mass at St. Joachim’s, said Glenn. “Tell your mother I’ll be home for lunch,” the officer said.

Before his death, Glenn said that Lucy advocated in Albany for a law that would allow survivors of slain police officers to receive “hardship benefits.” He died around 10:30 a.m.; the Legislature adopted the bill that afternoon.

Once approved, Lucy’s widow received a monthly check for $10.73 until her youngest child turned 18. From that point, she received $8.05 per month.

On the day Lucy’s body was returned for the funeral, following an autopsy, his family received word that the governor had approved his request to become an instructor at the state police academy. That would have taken him off street patrol.

Sands Frost, Beacon’s current chief, said the department has been fortunate not to lose any other officers, noting that “that same type of incident could happen today.” (In fact, on Wednesday, an agitated man in Beacon was arrested after he displayed a loaded handgun when an officer responded to a domestic disturbance call.) Over the years, the city’s police have recognized the value of knowing their community and bolstered training in communications, de-escalation and crisis intervention techniques, Frost said.

They’ve also benefited from “a little bit of luck,” he added.

While Glenn never met her great-grandfather, she heard stories throughout her childhood, as well as accounts of Beacon residents’ generosity after his death.

“A hundred years may be a long time,” she said, “but it’s something the family should remember. When you see that it meant so much to people in Beacon back then, it feels a little like home.”

One thought on “A Lost Officer Remembered”