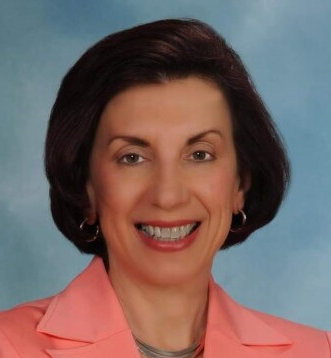 She was born Jan. 18, 1955, in Hudson, the daughter of Joseph Barca and Constance (Grabowski) MacGiffert. Mary Ann graduated from Siena College with a bachelor’s degree in business (accounting). She also earned master’s degrees from Fordham University and Rensselaer Polytechnic Institute. Mary Ann worked for IBM in East Fishkill for 37 years until her retirement as a manager of education and training.

Mary Ann was a member of the Southern Dutchess Country Club in Beacon for many years and was a women’s golf champion there. She also was a member of the Hudson Valley Ski Club. In addition, she was recognized by the Bethel Woods Center for the Arts for 10 years of volunteer service.

She was outgoing and involved, her family said. She enjoyed tennis and, following retirement, working at the animal rescue shelter in Middletown, Pets Alive. It was always her dream to help and work with animals.

Her family will receive friends on Sunday (Aug. 21) from 4 to 8 p.m. at Libby Funeral Home, 55 Teller Ave., in Beacon, where a service will be held at 11 a.m. on Monday (Aug. 22) followed by interment at Fishkill Rural Cemetery. Memorial donations may be made to Pets Alive (petsalive.org). 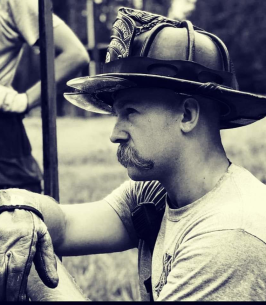 James worked for the Town of Fishkill parks department before relocating to Spartanburg, South Carolina, where he was a firefighter for the Spartanburg Fire Department. After residing in South Carolina for 2½ years, he returned to Beacon earlier this year and became a heavy equipment operator for the Fishkill Highway Department. He was a longtime member and former lieutenant of Fishkill Protection Engine Co. 1.

James was dedicated to serving the community. In addition to his firefighter service, he was a member of the Grim Legion Law Enforcement Motorcycle Club. He loved riding and was also a skilled musician who played guitar and piano.

Along with his parents, he is survived by his 3-year-old son, Henry; Henry’s mother, Amber; and his siblings, Nicole (Patrick) and Scott (Colleen).

A memorial service will be held at 11 a.m. on Saturday (Aug. 20) at Trinity Episcopal Church in Fishkill. Memorial donations may be made to a GoFundMe campaign to benefit Henry (bit.ly/henry-dotter) 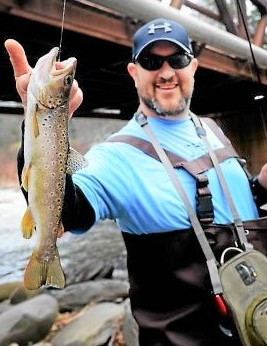 He was born July 9, 1975, in Cold Spring, the son of Johnna (Sicilian) Kelly. He graduated from the New York Military Academy High School in Cornwall-on-Hudson in 1993 and attended Monmouth University in New Jersey.

On Sept. 29, 2001, at St. Joachim Church in Beacon, he married Rachel Alejandro, who survives at home with their daughters. He had a special love for his girls, which was evident to family and friends.

Billy worked as a carpenter for five years with Metro-North Railroad at its Croton-Harmon station. He also worked in construction as a union painter.

He enjoyed hunting, fishing, kayaking and hiking. Since his cancer diagnosis, which took him away from these hobbies, he was adamant that he would one day “walk in the woods again,” and his family said it brings them great comfort to know he is doing just that.

Along with his wife of 20 years, and his mother, Johnna, and her husband, Tom, Billy is survived by his daughters, Alexandria and Willow Faiella; his siblings, Mary DeBello (Wayne) and Robert Faiella (Jennifer); and his nieces, Taylor and Julianna DeBello.

A Mass of Christian Burial will be offered at 11 a.m. on Saturday (Aug. 20) at St. Joachim Church, 51 Leonard St. in Beacon. Memorial donations may be made to Memorial Sloan Kettering Cancer Center (mskcc.org) or the Hospice of Orange & Sullivan (hospiceoforange.com). 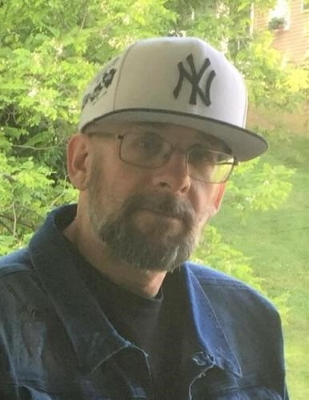 He was born in Cold Spring on July 22, 1974, the son of Raul and Emilia (Cataldo) Pynnonen. He graduated from Beacon High School.

Jason is survived by his cousins. He enjoyed the simple things in life, especially the company of his friends. His life was remembered privately by his friends at the Beacon waterfront.