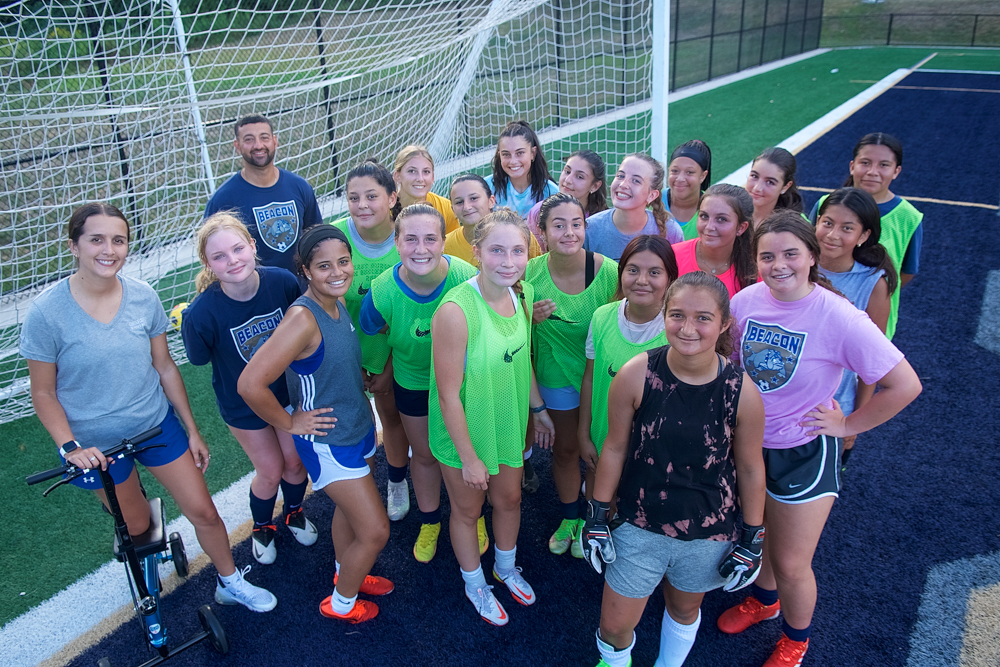 After missing the playoffs by a single game last fall, this year’s Beacon High School team is set for its second season in Section IX with a more experienced group, a new coach and renewed optimism.

The Bulldogs, who finished 6-7-3, lost only two seniors to graduation, but they were impact players: captains Claire Derrenbacher and three-time All-League selection Maddie Bobnick. 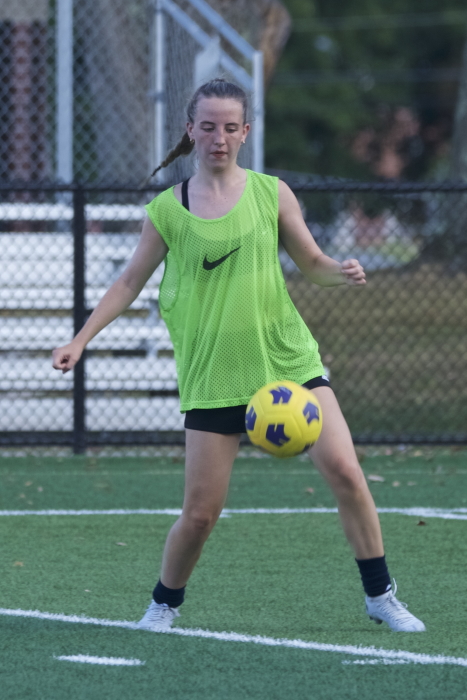 The eight returning starters give the Bulldogs a solid foundation and a group that knows what to expect from each other, said first-year Coach Mike Lentini, a 2002 Beacon grad who played four years of varsity under Craig Seaman and who coached last season at Haldane.

Lentini, who said he feels like he’s “coming home,” said “we have a great group, and a lot of good players and leadership. We’re looking to improve our finish and record. Our returnees give us a lot of experience, and the confidence level is higher.” 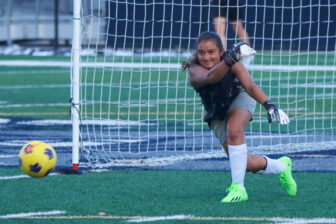 Kaila Ramdeen protects the net during a recent Beacon practice.

Kelly, DerBoghossian, Haase and Del Castillo will be keys around the midfield, he said, while Gonzalez and Campagiorni will lead the defense, along with Cleveringa, who was injured for part of last year but returns for her senior season. “When Hope got hurt last year, it forced us to put Devyn in goal, which hurt us on the field,” Lentini said.

Beacon is scheduled to open its season Wednesday (Aug. 31) at New Paltz before hosting Lourdes on Sept. 7.

Last fall’s Haldane team finished one game short of a sectional title, and its new (but familiar) coach believes this year’s Blue Devils have a chance to wrap up some unfinished business.

The 2021 team finished 6-10-2, losing to Yonkers Montessori Academy in the Section I, Class C championship game. The Blue Devils, the No. 4 seed, upset top-seeded Tuckahoe in the semifinal round.

The team lost six seniors to graduation, including co-captains Bianca Hermanson and Maddie Chiera, along with Katie Shields, Mazzie Maxwell, Ella Ashburn and Sophia Scanga. With Lentini leaving for Beacon, Ed Crowe returned to coach the girls this season. Crowe, who also coaches the boys’ lacrosse team, led the girls’ team in 2016 and 2017.

Crowe, will be assisted by Joe Virgadamo, who also coaches the varsity boys’ basketball team. They believe the group has the talent, experience and mindset for a deep playoff run.

“Joe and I can have some success with this group, as we both have had in other programs,” Crowe said. “We bring some emotion, and this is a very coachable group. They’re passionate and they want to learn. It’s a young group — we only have three seniors — and they bring a lot of athleticism to the table.”

Crowe said he will look to Kiter and Rowe to orchestrate the offense. “They’re both very fast and they can both finish,” he said. “They’re probably two of our best ball handlers and they both have a lot of experience. Sarah will also play a big role — she’s one of our better midfielders.”

The team will look to Poses to run the defense. “She doesn’t let pressure bother her and she communicates well,” he said.

The question for this year’s team: Can it return to the finals and finish?

“I believe this team can win a sectional championship,” Crowe said. “They have chemistry, they play together and there’s no selfishness — that makes them a tough out. We’ll play a competitive schedule so we can get ready.”

Haldane is scheduled to open the season Wednesday (Aug. 31) in a tournament at Hendrick Hudson High School with the Sailors, Peekskill and Croton.