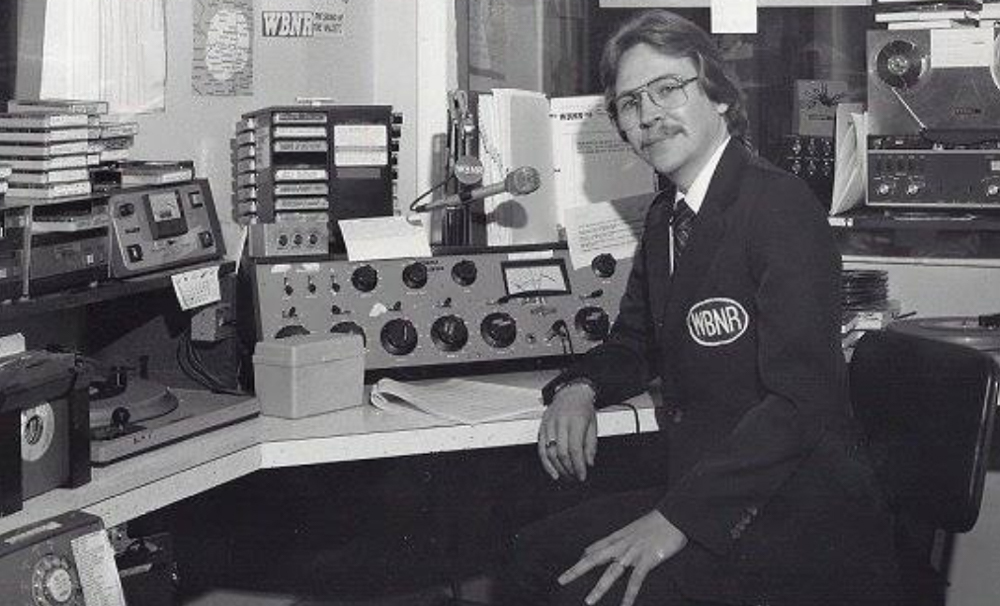 Two days after the New York Giants beat the Denver Broncos on Jan. 25, 1987, to win the Super Bowl, the team’s players paraded through Beacon.

Or at least they did in the South Avenue studio of WBNR.

Listeners tuning in to the AM station on Jan. 27 heard Bob Outer, then-vice president of sales, and Dave Scholes, the news director, describe a procession of 18 floats and six marching bands on Main Street. Amid the music and buzz of spectators, the broadcasters interviewed Coach Bill Parcells, linebacker Harry Carson and other Giants players.

Joe Daily, then the longtime morning show host and program director, laughed earlier this month as he recalled the fictitious celebration — floats pulled by a car from “Foothill Motors,” music played by bands that did not exist and crowd noise courtesy of a recording made at Times Square on New Year’s Eve.

The Giants, who participated in the gag, agreed to let Scholes and Maggie Carbaugh, a WBNR staff member, tape interviews with players and Parcells before the Super Bowl had even taken place.

Some people, believing there was an actual parade, called the station about the best spots for viewing. Others simply headed to Main Street. “These things, it’s hard to say where they began, but I know where they ended,” said Daily.

The ruse, organized by Daily, Outer and Scholes after the Giants defeated the Washington Redskins on Jan. 11 to win the NFC championship, left Beacon residents with a memory that has outlived the vacuum tubes, eight-track cartridges and reel-to-reel tape players that were the tools of WBNR’s trade. 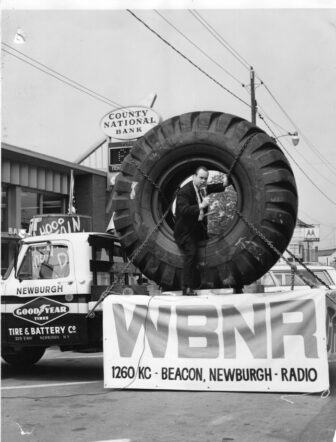 For more than six decades, beginning in 1959 with its first transmission at frequency 1260 from a studio and antennae at 475 South Ave., the station filled the kitchens and living rooms of Beacon and Newburgh residents with news and music, information on community events and school closings and original shows such as the popular Phone Booth.

Daily described the hourlong Phone Booth, which began at 9:30 a.m. every day but Sunday, as “buy, sell, swap and conversation.” Beacon residents called 831-1260 and Newburgh residents 562-1260 to sell items ranging from cars and encyclopedias to puppies and hosta plants.

The rules were simple: Two items or less; no more than two items per week; no brokered real estate; no firearms; and no secondhand bedding. “It had a number of regulars, and quite a few irregulars,” said Daily. “It was a fun show — gave us a lot of laughs for many, many reasons.”

Outer, who died in 2020, narrated Beacon High School football games before taking over WBNR’s broadcasts of Army football in 1974, beginning a run that would last for 38 years (except for the two seasons when another station won the bidding rights). 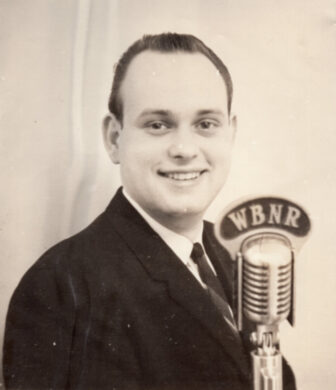 “He worked full time at the radio station, and then on weekends he would do football,” said Louise Outer, his widow. “He didn’t make lots of money at it, but he loved it — loved the crew, loved traveling.”

He also loved a good stunt and raising money for local charities.

To support the struggling Highland Hospital, Outer once had himself “arrested” for “wearing a loud sport coat” and “jailed” at Dutchess Mall behind a wall made from 1,000 cases of Pepsi. People could free him by buying the cases for $6 each. The station also raised money to buy a new ambulance for the Beacon Volunteer Ambulance Corps and organized benefits for other causes.

‘The Sound of the Valley’

The station began when two brothers, Sy and Al Dresner, who partnered in stations in Connecticut and Newburgh, and Robert Gessner, who owned stations between Oswego and the Hudson Valley, launched WBNR as a daytime-only broadcast. Its tagline was “The Sound of the Valley.”

Their company, Command Broadcast Group, would hire Outer, a recent Boston University graduate, as a salesman in 1963. Four years later, the Beacon Broadcasting Corp., founded by another set of brothers, Al and Robert Lessner, bought the station. The Lessners, film and television technicians who worked on films such as The Brain That Wouldn’t Die and TV shows such as Candid Camera, eventually purchased the Poughkeepsie-based WSPK and stations in Binghamton and Scranton, Pennsylvania. 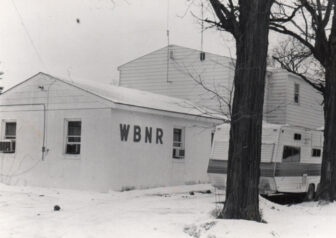 Between 6 a.m. and 6 p.m. WBNR blended news with music, syndicated content such as The Lawrence Welk Show and programs cooked up by its disc jockeys.

Daily joined WBNR in 1979. He originally hosted a show on WSPK from 11 a.m. to 2 p.m. and walked across the hall to the Beacon studio to host WBNR’s afternoon-drive program. The next year he replaced Jim Simonetti as the morning host. Although he took some breaks, he said, “they always wanted me to come back and do mornings.”

Voice of a community

Mike Lanari, a Beacon native, grew up listening to WBNR in the 1960s and 1970s, at a time when radio “was all people had and local radio was very big.” He became an intern at the station while earning an engineering degree from Dutchess Community College, starting out with a short-lived stint as a news stringer.

Listeners hungered for news, and WBNR sent stringers like Lanari to cover meetings of the City Council and the boards in the surrounding towns. “I used to sit through four hours of meetings to get a couple of 30-second stories, and God forbid if you didn’t come back with any audio,” he said.

Richard McHugh, a self-described “news freak” from Wappingers Falls, said he listened to WBNR throughout the 1970s and 1980s. Besides the 5 p.m. newscast, a standout was Point of Law, a show about court cases, he said.

One morning Daily hosted his show from the abandoned railroad bridge that spanned the Hudson River between Highland and Poughkeepsie and became the Walkway Over the Hudson. Storyteller Jonathan Kruk and other guests joined him, he said. When the studio underwent renovations, he aired his show for eight weeks from the storefront window of what was then the Absolute Action Center, an antiques store, at 348 Main St., across from the post office.

“We had guys cooking omelets in the window,” said Daily.

The beginning of the end

In January 1986, WBNR aired a tribute to Martin Luther King Jr. that featured folk singer and Beacon resident Pete Seeger; Andrew Young, then the mayor of Atlanta; and actor Esther Rolle, best known from Good Times. That same year, the Lessners applied to the Federal Communications Commission to air the station 24 hours a day.

By the time the station made the transition to 24 hours in 1989, AM radio faced a growing threat from higher-quality FM and the FCC had loosened ownership rules, allowing companies to consolidate stations and homogenize content. 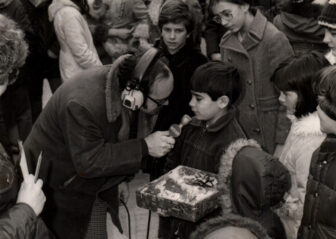 The Lessners sold WBNR, along with WSPK, in 1994 to Enterprise Media, which was owned by Ed Rogoff, a Baruch College professor and former broadcasting executive. The station changed hands again in 1997, when Enterprise sold it to Pamal Broadcasting, the current owner. It moved the studio to Route 52 in Fishkill and in 2014 changed the format to country music. Last year it began to simulcast the classic rock station WBPM in Saugerties.

Outer retired in 2005 to become community director for the Hudson Valley Renegades. He continued broadcasting Army football games until 2012 and ended his stint with the Renegades in 2016.

Daily, who left WBNR in 2000, still hosts weekend shows for a station in the Poconos and in Middletown. He remains a believer in local radio.

“If you turn on the radio, you’re no longer alone because there were many people doing the same thing with you,” he said. “It’s something we all do together.”

One thought on “When Beacon Was on the Air”