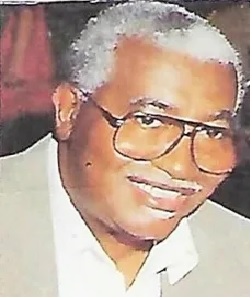 He was born Feb. 23, 1940, in Clinton, North Carolina, the son of Charlie and Larsenia (Caldwell) Best. He was educated in the Sampson County school district.

Known to family and friends as “Bud,” Charles enjoyed driving and watching TV. He was a member of Mount Carmel Church of Christ, Disciples of Christ in Newburgh, where he served on the usher board, DCYF and male chorus, and was a member of Sunday School.

He is survived by his wife, Lois; his sons, James Best, Charles Best Jr. and Darnell Best; and a granddaughter, Mecca Best of Mount Vernon.

A funeral service was held on Aug. 30 at Mount Carmel Church of Christ Disciples of Christ in Newburgh, followed by interment at Fishkill Rural Cemetery. 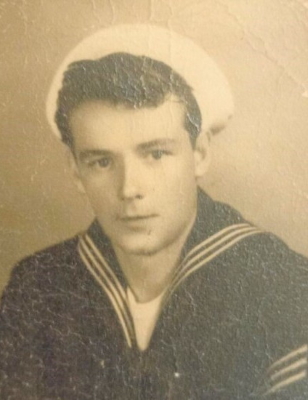 John Kenneth Cataldo, 90, a longtime resident of Beacon, died Aug. 24 at his home. He was known to his family and friends as “Sparky.”

He was born July 19, 1932, in New York City, the son of Maurice and Mildred (Frasse) Cataldo. He was raised in Cold Spring.

John served in the U.S. Navy from 1952 to 1956, during the Korean conflict, and later worked for IBM. When he returned after more than 30 years at the company, he was a research technologist at the Thomas J. Watson Research Center in Yorktown Heights.

From an early age, John was a talented artist in a variety of mediums, and his drawings and paintings were coveted by those close to him. He was a culinary master, along with Peggy, and family members said they will miss his holiday dinners and desserts and famous weekend “Johnny breakfasts.”

He loved to travel, especially to Cape Cod. In his younger years he was often seen driving around town in his MGB convertible, a set of golf clubs in the back seat.

He is survived by his daughters, Melissa Cataldo of Fishkill and Susan Cataldo of Wappinger Falls. His son, Christopher, and siblings, Maurice Cataldo, Robert Cataldo and Emilia Pynnonen, died before him. 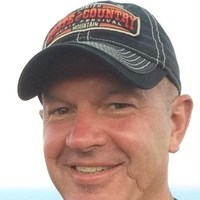 Robert Craig DeSaye, 54, a former Beacon police officer, died of cancer on Aug. 23 at his home in Poughkeepsie.

Bob was born in Pompton Plains, New Jersey, on Nov. 19, 1967, the third of four sons of Ernest and Virginia DeSaye. Growing up in Vernon, New Jersey, he was a soccer player up through high school and a member of the ski team.

In his early 20s, Bob took up what would become his favorite sport, ice hockey, which was his passion until his illness. He was able to end his hockey career on a high note when his team won the gold medal this spring at the Can/Am Tournament at the Olympic Ice Arena in Lake Placid.

Bob was a Rangers and Jets fan and fitness enthusiast, rarely missing a workout even while on vacation. He enjoyed going on trips with his family in their camper, usually to destinations near a beach so time could be spent by the ocean. Bob was a fan of J.R.R. Tolkien’s The Hobbit and Lord of the Rings trilogy, re-reading the books stories hundreds of times over.

He dedicated most of his life to serving the community as a police officer in a number of agencies, including the Orange County Sheriff and at Walden, Beacon and the Town of Newburgh, where he spent most of his career. During his tenure there, Bob was a member of the department’s SWAT team, eventually becoming the tactical team commander. In addition, he was a general topics instructor, firearms instructor, defensive tactics instructor and an accident reconstructionist. Bob spent many years teaching recruits as they went training at the academy.

He was regarded as great leader by his colleagues, his family said, and many new officers found in Bob a worthy mentor. Before his recent retirement, Bob was promoted to deputy chief of the Town of Newburgh department.

Bob was a devoted friend, and there are few things that he could not fix, his family said. Many sought his counsel in dealing with their own personal challenges; he was commonly described by friends and associates as their go-to guy.

Along with mother and Judy, his wife of 28 years, he is survived by his children, Erica DeSaye and Jayden DeSaye of Newburgh; his brothers: Ernie DeSaye of Las Vegas, Christopher DeSaye of Monticello and Jim DeSaye (Jen) of Wolfeboro, New Hampshire; a sister-in-law, Lynann Galuska (Tom); and a brother-in-law, Dave Bonanni (Laurie Seaton).

Leonard G. Haas, 80, formerly of Middletown and most recently of Beacon, died Aug. 26 at the Fishkill Center for Rehabilitation and Nursing.

Leonard, who left no survivors, was interred Sept. 2 at the LaGrange Rural Cemetery in Poughkeepsie. 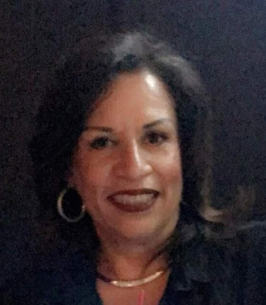 Maida Martinez, 62, a resident of the Town of Newburgh and formerly of Beacon, died Aug. 27 at Montefiore St. Luke’s Cornwall Hospital in Newburgh, surrounded by members of her family.

She was born June 26, 1960, in Rochester, the daughter of Raymond Martinez and Anna Font Ortiz. She graduated from Beacon High School and SUNY Brockport and was a payroll administrator at the Harlem Children’s Zone.

Maida loved to be surrounded by people and entertain, her family said.

Along with her mother, she is survived by her brothers, Robert Martinez, Israel Martinez and Moises Martinez Abiud Martinez; a nephew, Israel Jr., and a niece, Sara.

A service was held Sept. 1 at Tabernacle of Christ Church in Beacon. Memorial donations may be made to any organization doing cancer research. 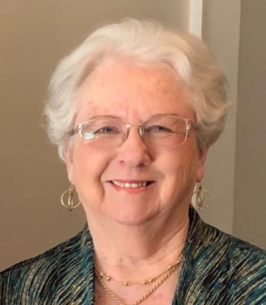 Lorraine Mary Membry, 85, an area resident since 2003, died Aug. 22 at the Fishkill Center for Rehabilitation and Nursing in Beacon.

Born in Jersey City, New Jersey, on May 2, 1937, she was the daughter of John and Mary (McMonegal) MacIntosh. Lorraine was employed by Mutual of New York Insurance Co. and then the North Bergen Board of Education, until her retirement in 2003. She was a parishioner at St. Mary, Mother of the Church in Fishkill.

Following her retirement, Lorraine moved to Beacon to await the birth of her granddaughter. She enjoyed shopping, visiting the Jersey Shore (especially Ocean Grove), restaurants and spending time with her family and friends. The biggest joy in her life was watching her granddaughter grow up, her family said, and she attended all of Amanda’s dance recitals, plays and school events.

Along with her granddaughter, Amanda Reeves, Lorraine is survived by her daughter, Laura Reeves (Kevin) of Hopewell Junction; a niece, Virginia Brinton (Mark) Charlotte, North Carolina; and her friend of more than 60 years, Cathy Mordente of New Hyde Park.

A memorial Mass will be held at 10 a.m. on Nov. 5 at St. Mary, Mother of the Church, followed by interment at George Washington Memorial Park in Paramus, New Jersey. Memorial donations can be made to St. Jude Children’s Research Hospital (stjude.org).