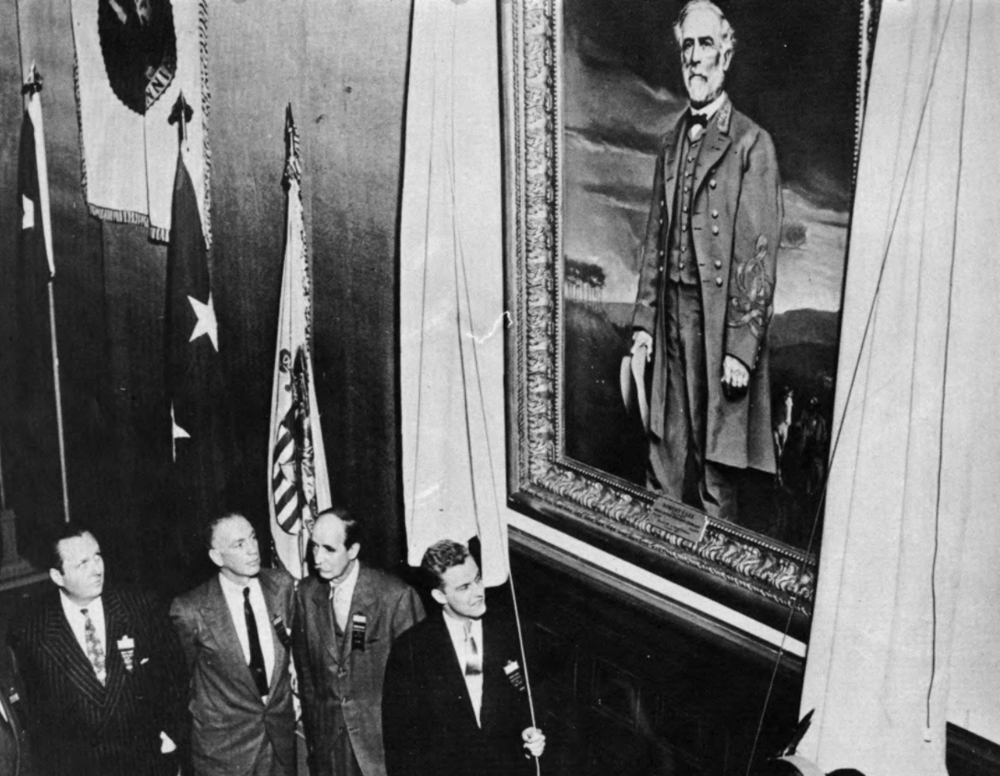 A portrait of Confederate Gen. Robert E. Lee, with a slave guiding his horse behind him, was installed at the West Point library in 1952. (USMA)

A commission appointed by Congress recommended on Monday (Aug. 29) that the U.S. Military Academy at West Point remove nearly all references to Confederate military leaders, as well as a panel that commemorates the Ku Klux Klan.

The eight-member Naming Commission was created in 2020 to review monuments and building and street names at U.S. military bases and recommend those that should be changed or removed.

In the report, the commissioners dismissed charges that they were “erasing history,” noting that “the facts of the past remain” and that cadets would continue to be taught the details and complexities of the Civil War.

Rep. Sean Patrick Maloney, a member of the West Point Board of Visitors whose district includes the academy and the Highlands, said in a statement: “For years, I’ve advocated directly to military leadership for such changes, and I am glad to see that we are finally making progress … We cannot allow bigotry of the past to be perpetuated and celebrated in the same halls that educate our leaders of the future.”

In its review of West Point, the Naming Commission recommended the school relocate or remove a 20-foot-high portrait of Gen. Robert E. Lee in his Confederate uniform displayed in the library (Jefferson Hall); engraved images in Reconciliation Plaza of men who served in the Confederacy, such as one showing Gen. P.G.T. Beauregard leading the rebel attack on Fort Sumter and a Confederate soldier offering water to a wounded Union soldier; and panels on a triptych mounted at the entrance to Bartlett Hall that commemorate Lee, Gen. Jeb Stuart, Lt. Gen. Stonewall Jackson and Commander John Brooke. 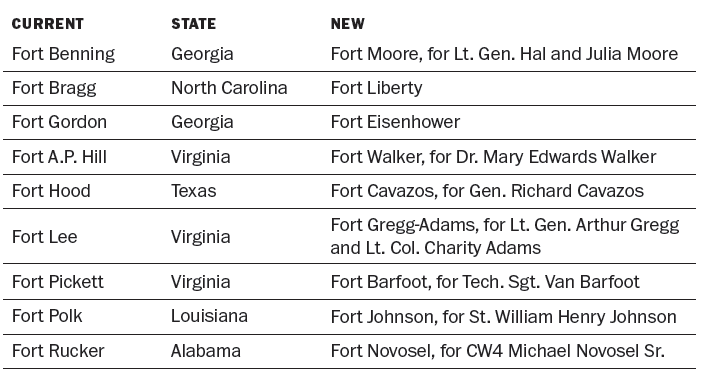 In addition, the commissioners said West Point should remove an engraved quote by Lee from Honor Plaza because he said it as an officer in the Confederacy rather than when he served as superintendent of West Point before the war, from 1852 to 1855.

The panel said that while Lee, an 1829 academy grad, was an effective leader, “the consequences of his decisions were wide-ranging and destructive. Lee’s armies were responsible for the deaths of more U.S. soldiers than practically any other enemy in our nation’s history.”

It deferred to the academy whether to remove brass tablets and markers inside buildings with the names of Lt. Gen. Joseph Wheeler and Maj. Gen. Fitzhugh Lee. It encouraged the academy “to consider modifications or additional markers that contextualize historical facts.”

The commissioners said they felt no changes were needed to a roll call of graduates in the entrance of Cullum Hall that indicates who served under the Confederacy. Further, they said that images or references to Lee during his time as superintendent “are historical artifacts and may remain in place,” such as a portrait installed in the dining hall in 1931 that depicts him before the war in his blue U.S. military uniform.

The commission recommended this engraving be removed from Bartlett Hall at West Point.

The panel noted one engraving was outside its mandate but that members felt should be removed. Located on the triptych at the entrance to Bartlett Hall, it shows a shrouded figure over the words “Ku Klux Klan.” The Klan formed after the war.

The commission also recommended that the Department of Defense rename, at a cost of about $17,000, Lee Barracks, Lee Housing Area, Lee Area Child Development Center, Lee Road, Lee Gate, Beauregard Place and Hardee Place, named for Gen. William Hardee. It estimated changes at the library and Honor Plaza would cost $5,000. Changes at Reconciliation Plaza ($300,000)  and Bartlett Hall ($100,000) would be pricier.

The report noted that West Point initially did not celebrate the Confederacy. No former rebel leader was invited to the academy for more than 30 years after the Civil War ended in 1865; when Cullum Hall was built in 1898 as a memorial to graduates killed in action, only Union casualties were included; and it was not until 1930 that West Point installed its first Confederate memorial.