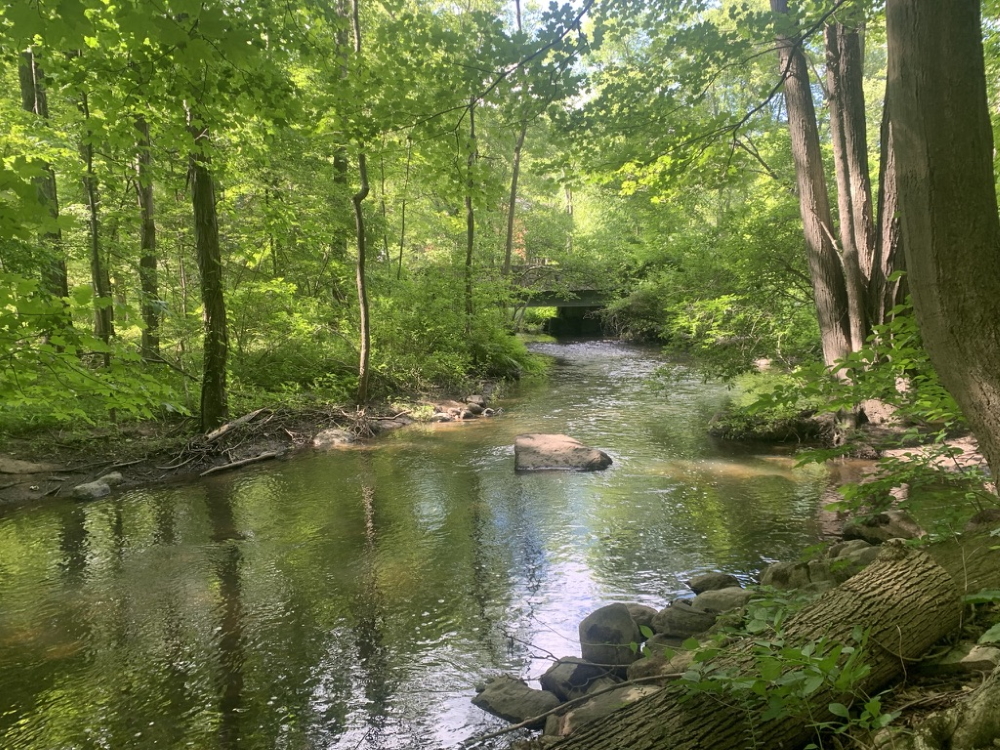 Three weeks after Putnam lawmakers shelved a draft resolution advocating the governor veto a bill extending environmental protection to small creeks, a legislative committee on Aug. 25 revived the plea, despite public opposition, and sent it to the full Legislature for action.

The Legislature next meets Tuesday (Sept. 6).

The three-man Physical Services Committee unanimously endorsed the resolution after refusing to act on an alternative proposed by Legislator Nancy Montgomery that supports the state legislation. Montgomery, whose district covers Philipstown and part of Putnam Valley, is the sole Democrat on the otherwise all-Republican, nine-person Legislature.

Before adopting the resolution, the committee spent about 75 minutes largely listening to constituents, who overwhelmingly objected to a veto. The legislators also received at least 75 letters from residents, including 11 from Philipstown, that offered support for the state legislation. Two town officials — Richard Othmer, the Kent highway supervisor, and Jacqueline Annabi, the Putnam Valley supervisor — wrote to say they didn’t feel state regulation was needed.

Sponsored by state Sen. Peter Harckham, a Democrat whose district includes eastern Putnam, the state legislation would require that projects affecting smaller streams (“Class C,” which are suitable for fishing but not to provide drinking water) obtain permits from the state Department of Environmental Conservation. Permits are required for Class A streams, which provide drinking water, and Class B, which the DEC says are suitable for swimming and fishing.

Putnam’s proposed resolution urging a veto declares that local soil and water conservation districts can protect waterways and that while “well-intentioned,” the state legislation would “create the need for more than 40 times the applications to go to DEC.”

It also asserts that obtaining permits already takes four to eight months and that “based upon the current backlog and timeframe for permitting,” the state legislation “would delay projects for at least 26 months.” In addition, the resolution argues that the state legislation would “adversely affect public and private infrastructure through flooding impacts.”

The New York State Association of Counties and groups representing county and town highway superintendents, the forest products industry and electrical power companies also have objected to the state legislation.

Environmental organizations, including the Adirondack Mountain Club, Riverkeeper and The Nature Conservancy, asked Putnam to drop its opposition, with the latter noting that “nearly half of New York’s 90,846 miles of streams are not subject to stream protection provisions” of state law.

Montgomery’s alternative resolution described the state legislation as being designed to “protect water quality” as well as “protect public and private infrastructure by mitigating flood impacts.”

How Streams Are Classified

Because Hochul recently lifted a state hiring freeze, the Department of Environmental Conservation “will be fully staffed” and able to handle more permits, her resolution stated. Moreover, it observed, local government highway departments and other entities, farms and emergency repairs of infrastructure near streams already “are exempt from permit requirements.”

Montgomery’s resolution likewise declared that local soil and water conservation districts need DEC aid and clout, and that “in the Hudson River watershed at least 40 percent of stream miles lack protection” in spots where encroachments have harmed water quality.

Through the state legislation, “we’re just trying to safeguard New Yorkers,” Montgomery said during the committee meeting. “We can all agree we need to protect our water.”

But Legislator Joseph Castellano of Brewster countered that stream protection “is a local issue. Adding another layer of bureaucracy can have an adverse effect.”

Legislator Carl Albano of Carmel, who chairs the Physical Services Committee and has been professionally involved in building projects, said that local “environmental boards do a good job. They’re over the top sometimes, but that’s a good thing.” He proposed that the state legislation be amended to address critics’ concerns.

Montgomery, a former Philipstown Town Board member, responded: “I love home rule. But I don’t trust that our water is being protected properly, certainly not Class C streams.” She recalled that although the New York State Association of Counties wrote to Hochul to ask for a veto, “nobody [from NYSAC] commented on it when it was before the Assembly or Senate.”

From the audience, a woman asked: “Where were you all?”

“I didn’t know about it,” Albano replied.

“Water is probably the most important resource we have,” said a Putnam Valley resident. “We need more protections.”

A Carmel woman, claiming that officials in some localities seem unwilling to crack down on environmental scofflaws, concurred that “we need the state oversight, the objectivity of the state, to enforce this.”

Opposing the state initiative “sends a terrible message,” a man added. “It seems like water quality is taking a back seat to politics. I support Legislator Montgomery’s resolution.”

But the committee endorsed the pro-veto version.