Tompkins Hose will be rebuilt, modernized

The design of a centralized Beacon fire station is on schedule to be completed this year, with construction to begin early in 2023. If the removal of rock and hazardous materials goes as planned, the new station could open by the spring of 2024.

The project is expected to cost about $11.7 million, City Administrator Chris White told the City Council on Tuesday (Sept. 6).

The city announced plans in April to rehab the 40-year-old Lewis Tompkins Hose Co. station at 13 South Ave. The Fire Department, once a mix of paid firefighters and volunteers spread across three companies, is now comprised primarily of paid “career” staff, and will be based out of the rebuilt station, a structure that architect Bob Mitchell assured the council “should last many generations.”

Once complete, Beacon will close the Mase Hook and Ladder station, which was built on Main Street in the 1920s. The project will cap nearly two decades and, by Mitchell’s estimate, more than 2,000 hours of study and debate, around Beacon’s firehouses. A third station, the 130-year-old Beacon Engine on East Main Street, was closed in 2020. 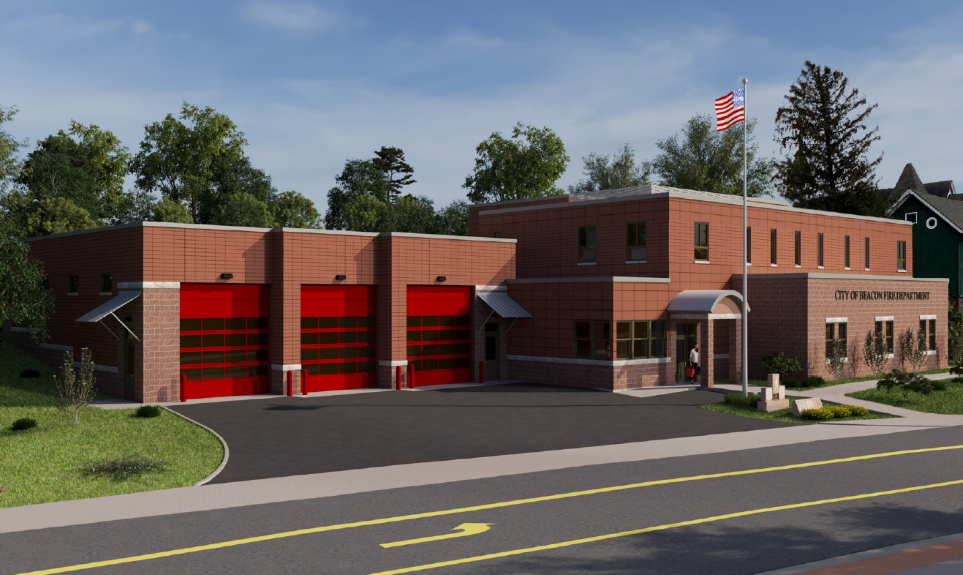 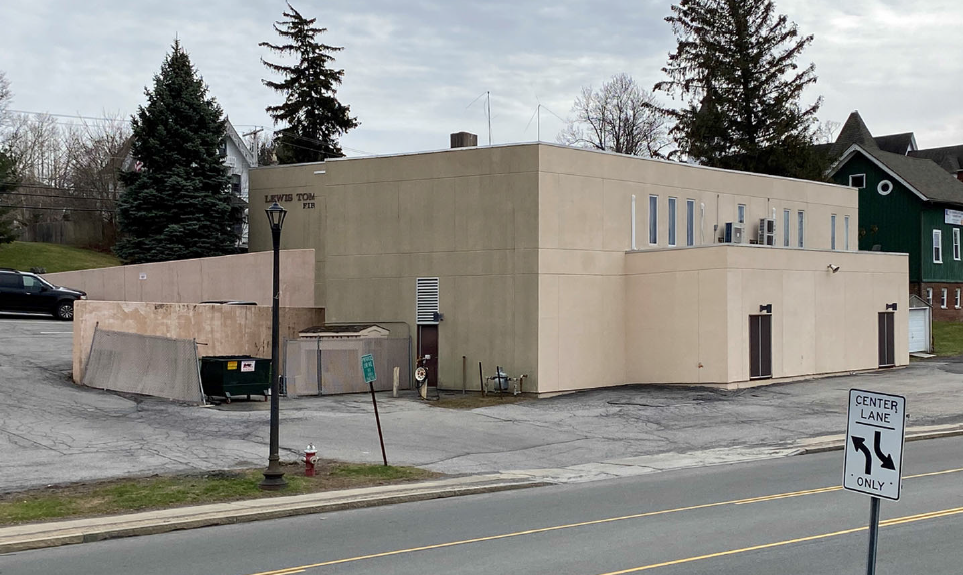 The most visible change will be reorienting Tompkins Hose to face City Hall, with three bays opening onto Route 9D. The South Avenue side of the station will be downsized from three to two bays, one for an ambulance and the other for a smaller fire apparatus.

A 6,500-square-foot addition will be constructed on the north end of the station, in the direction of Polhill Park, while the interior renovation will address glaring safety omissions, chief among them a system to redirect exhaust from the engine bays and adequate decontamination facilities.

The energy-efficient, all-electric station will be built with six bedrooms for firefighters, a modernized “mission-control” dispatch office, training facilities, an exercise room, a dining room, a conference room and a sprinkler system.

The city also plans to pave and restripe the parking lot adjacent to the station, providing about 55 public spaces. 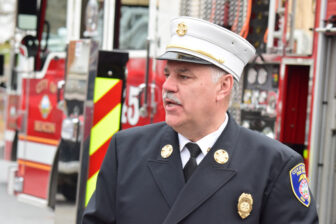 After 36 years as a firefighter and assistant chief in Peoria, Illinois, Gary Van Voorhis made the 950-mile trek to Beacon in 2013, when he accepted the job as the city’s first full-time, paid fire chief.

Van Voorhis, 67, quietly announced his retirement earlier this year but agreed to continue part-time until a successor is named. City Administrator Chris White said on Wednesday (Sept. 7) that he hopes to introduce a candidate to the City Council by late fall.

After the Beacon job is filled, Van Voorhis said he plans to spend time with family, here and in Illinois. He also plans to volunteer as a firefighter in Fishkill, where he lives.

During his nine years in Beacon, Van Voorhis oversaw the expansion of the Fire Department to 16 paid firefighters, the most it has ever had. The growth allowed the department for the first time to have four firefighters on duty around the clock.

He also guided the department through increased training requirements and brought it up to date as a professional, efficiently run agency, White said. “I couldn’t speak more highly of Gary Van Voorhis,” he said.

The City Council in July approved a five-year capital spending plan that allocated $10.5 million in bond funding for design and construction. On Tuesday, council members approved paying Mitchell’s firm, Mitchell Associates Architects, $819,000 for its continued design of the upgrade and to oversee construction. The firm received $250,000 in April for the first phase of its services. In August, the city hired the Poughkeepsie-based Palombo Group to manage construction.

It’s expected that the interior of the station will feature mementos from the three volunteer companies, although White said that some volunteers have been reluctant to commit. Chief Gary Van Voorhis acknowledged on Tuesday that firefighters can be slow to accept change.

“From back in the days when we had standard transmission [in fire trucks] and went to automatic, they didn’t want it,” Van Voorhis said. “Here we are making a major change, from fire stations with 100 years of history to a station that’s more modernized and safer. We can get together and still hold the tradition that should be in any fire station.”

An earlier version of this story said that the city had hired former building inspector Tim Dexter as a construction consultant. In fact, it hired the Poughkeepsie-based Palombo Group to manage construction.