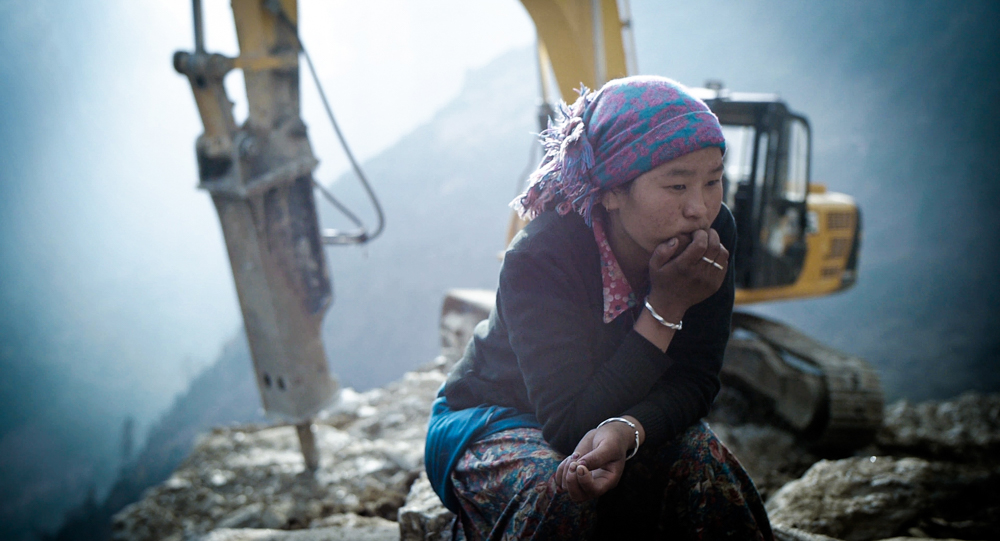 The documentary "Baato" highlights the impact of development in Nepal. (Photo provided)

After operating in the shadows for the past few years, the Beacon Film Society is ready to step into the light.

The society, which is run by volunteers, plans to screen three topical documentaries, with filmmakers in tow, over the next three months.

Each screening will take place at Story Screen and conclude with a Q&A. The society’s goal, says Lucas Millard, a filmmaker and director of photography who is the sparkplug for the organization, is to provide a venue for films not otherwise available in local theaters, and to encourage dialogue about the art and craft of filmmaking.

The first film, scheduled for Thursday (Sept. 22) at 7 p.m., will be Baato, directed by Millard and his wife, Kate Stryker. It chronicles the construction of a transnational highway in Nepal. The filmmakers, who have visited the country for decades, said they hoped to give voice to the people affected by the project.

“While Baato looks at a very specific geography and takes you along on a trip through the eastern Himalaya with a local family on migration, the issues at the heart of the film are about development and progress,” the filmmakers say. “Even here in Beacon we are grappling with these questions.”

What Happened to BIFF?

The Beacon Film Society should not be confused with the annual Beacon Independent Film Festival, which was founded by Terry Nelson in 2014 and later organized in an abbreviated form by James Thomas and Diana Currie. The festival, held in September, went on hiatus with the pandemic and Nelson says he knows of no plans to revive it.

On Oct. 20, the society will screen Battleground, a documentary about the anti-abortion movement by Cynthia Lowen, who lives in Woodstock. Lowen and her crew attended rallies and strategy sessions and interviewed its leaders. “Lowen does not find rabid zealots, but sincere, media-savvy, well-organized women — presented respectfully throughout — who have been playing the long game for years and can see victory at hand,” noted a reviewer in The Hollywood Reporter. 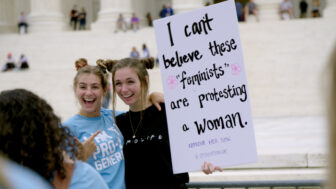 An image from “Battleground,” which chronicles the anti-abortion movement. (Photo by Gabriella Garcia Pardo)

“By screening Battleground, communities have an opportunity to break the stigma around abortion and talk about how they are impacted, and to galvanize pro-choice voters by depicting what they are up against: the tireless determination and political connectedness of anti-abortion organizers to achieve their goals through utterly undemocratic means,” Lowen says.

Devil Put the Coal in the Ground, co-directed by Beacon resident Lucas Sabean (with Peter Hutchison), will be shown Nov. 17. The film, with music by Steve Earle and Iris DeMent, documents the effect of the industry on West Virginia.

“The issues that the film raises are applicable to any community in the country that is suffering from extractive industries, unfettered capitalism or the opioid crisis and serve as both a warning and foreshadowing of the consequences,” says Sabean.

He adds: “Community screenings are the lifeblood for a film like ours. This is how we get our message out into the world.” 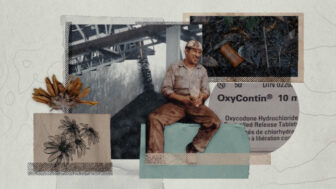 The Beacon Film Society showed films at Beahive and The Yard before going into hibernation during the pandemic, Millard says.

“I have been trying to nurture it into a self-sustainable organization,” he adds. “I’m always wanting to keep things going with hard-to-access documentaries. Narrative films would be great, too, but they are trickier to manage, in terms of distribution timelines and the availability and participation of filmmakers.

“I could not do this without the help of a handful of volunteers, particularly Scott Tillett [of Beahive], who swings in when needed,” says Millard, who attended his first Beacon Film Society screening in 2016. The group is always looking for volunteers but “especially cinephiles with skills or strong interest in design, web programming, organizing, accounting or grant-writing,” he says. For more info, email [email protected].

Story Screen is located at 445 Main St. Tickets to Baato are $12 at storyscreenbeacon.com or beaconfilmsociety.org, which also has a trailer.