The Beacon Planning Board held six public hearings during its 5½-hour meeting on Tuesday (Sept. 13) on proposed developments. Here is an update. 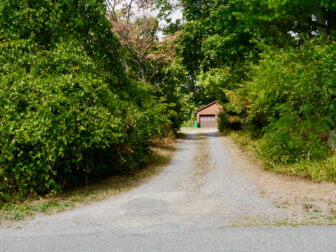 Number of units: 5 houses
Status: A developer would like to subdivide a 1-acre lot with an existing home into five lots, with four new homes. The proposal claims frontage on Anderson Street on the west and Grove Street to the south, but steep slopes and a block-long retaining wall on Grove make access impossible anywhere but from Highland Place. Plans call for converting a driveway on Highland into a private road leading to driveways for the new lots.

This was the most contentious of the public hearings this week, with numerous residents speaking out against the proposal. Neighbors said the project would create a “mini gated community” that would increase traffic on the narrow Highland Place. Others questioned the potential for a lengthy disturbance caused by the developer having to dig through rock to build foundations and basements. A wooded area on the lot is habitat for the Indiana bat, an endangered species in New York.

Project officials this week said they would only remove trees during the bat’s hibernation period, from late October to March. Plans indicate that seven trees of a 6-inch or greater diameter will be removed, with six being replaced elsewhere on the site, but a neighbor charged that closer to 20 would need to come down to build the homes.

Tuesday’s public hearing, on the environmental impacts of the proposal, will continue next month. Board members asked the applicant to address in writing the questions raised by residents. 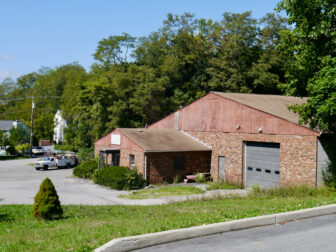 Number of units: 62
Status: This project, at the corner of West Main and Bank streets, was presented to the Planning Board in 2019. The board has signed off on an environmental review; the next step is a public hearing on the site plan, which will be held in October. 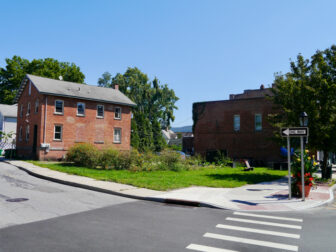 Number of units: 18
Status: First submitted to the Planning Board in 2019 as a four-story building at the corner of Main and Cross, the developer now proposes a three-story, mixed-use building. It would include an “open-air” storefront at street level and 18 apartments for seniors, half below-market-rate, on the top two floors.

A building at 172 Main St. would retain its facade and be integrated into the new construction, while 4 Cross St. would be demolished. A corner public plaza would have seating for 15 to 20 people. Project officials told the Planning Board this week that they envision music, poetry readings and children’s story times in the plaza, along with art installations on the facade overlooking the plaza. The board on Tuesday authorized its attorney to draft a resolution for next month completing the environmental review. 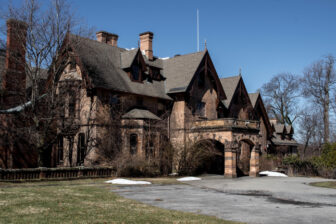 Number of units: N/A
Status: Mirbeau, a chain of luxury hotels and spas, plans to restore the historic Tioronda Estate, the home of the former Craig House psychiatric facility, as a 75-room inn and spa, with a 110-seat restaurant, gardens and cottage rentals. The Craig House mansion, built in 1859, will be renovated with “core hotel facilities” and four hotel rooms. An addition will include eight rooms, while a four-story spa building will have 63 more. The spa will replace a 1978 accessory building, which would be demolished.

Future phases will include resort cottages, a “micro-farm” and the restoration of the Tioronda School. The project proposes 272 parking spaces. Phase one plans call for Route 9D to be widened to allow for a turning lane into the site. City consultants have also suggested adding a pedestrian crosswalk on 9D at the entrance to University Settlement Camp.

On Tuesday, project officials and Planning Board members differed on the level of vegetative screening that should be planted or retained along Route 9D. City code says the mansion should be visible from the road, but because the site is in the historic district, new buildings and parking lots should not be. There was also discussion about the Fishkill Creek Greenway and Heritage Trail and whether a segment of the trail will run through the property. When Bernard Kohn, the former owner, approached the City Council with his plans to restore the estate in 2020, he was receptive to allowing the trail. However, representatives from Mirbeau, which purchased the 64-acre site in February for $10.1 million, on Tuesday were non-committal. 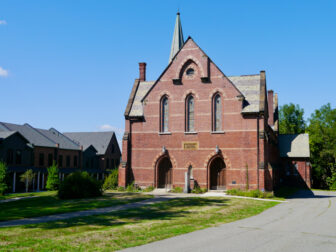 1113 Wolcott Ave.
Number of units: N/A
Status: Plans call for converting the former Reformed Church of Beacon into an event space with restaurant and bar. Based on public feedback, the applicant has reduced the event capacity from 350 people to 198. The applicant also told the board in August that windows would be treated for sound containment and security would be used to ensure the safety of attendees and nearby residents. “Large” events are expected to take place weekly.

Parking remains the biggest unanswered question. The site has 31 spaces; project officials have said they expect to make up the shortfall through a combination of nearby public lots, lease agreements, street parking and the Metro-North station, although the Planning Board and its consultants are concerned about the lack of a stable, long-term solution.

A dozen residents spoke during a public hearing last month, many of them questioning the parking capacity, the potential noise and the scope of the proposal. The hearing was scheduled to continue at the Planning Board’s meeting this week but the applicant asked that it be postponed. 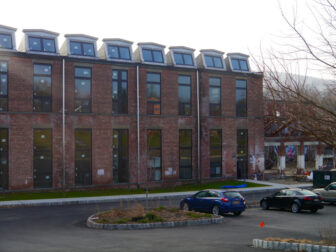 The Lofts at Beacon
Number of units: 28 lofts plus artists’ studios
Status: Because this project is in the Fishkill Creek development zone, the City Council must approve the concept plan. The council last month sent the proposal to the Planning Board for environmental review, which began this week.

The expansion of the apartment complex would include a two-story building with 28 one-bedroom lofts and 30,000 square feet of commercial studios, along with a 95-space parking lot. There would also be a rooftop garden. The architect told the board on Tuesday that the building would be patterned after historic industrial buildings in the area.

One thought on “Booming Beacon”