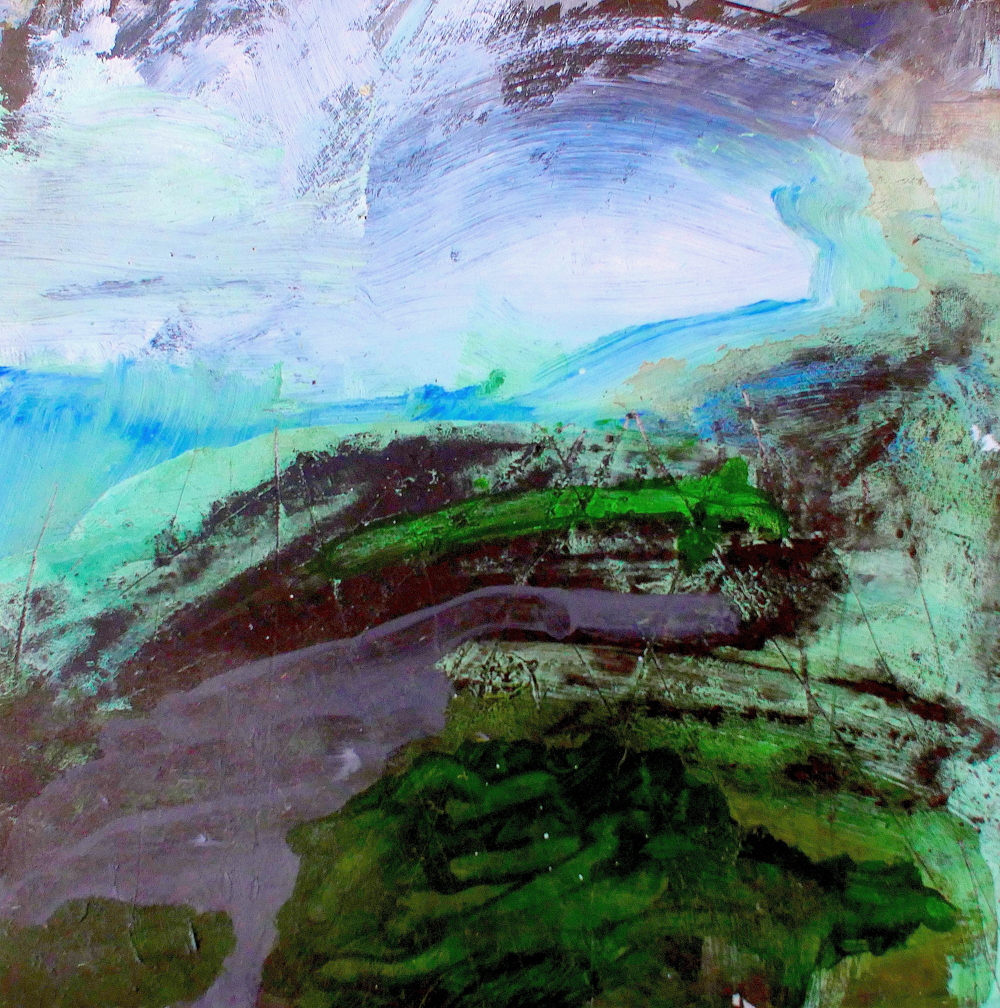 Paul Smart collapsed, along with the country, in early 2020. 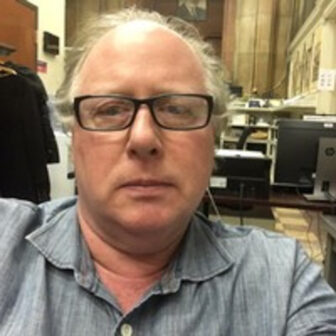 Shortly after returning from a trip to Milan with his wife and a teenage son who had coughed throughout the trip, the Hudson Valley journalist’s body began to break down — aching, headache, sore throat, “complete exhaustion.”

His doctor’s advice was blunt: “Go to the emergency room.”

In a hospital in Albany, where Smart’s family lived, medical personnel fitted him with a mask before rolling him on a gurney to quarantine. His nurse, Smart said, “wore mismatched cloth gowns and paper pantaloons” and a “shower cap, mask and face shield.” She jokingly called herself the “Corona Angel.”

That is how Smart, a former writer for the Woodstock Times who now lives in Mexico, opens With Different Eyes: A Covid Waltz in Words and Images, a book released on Tuesday (Sept. 20) that combines his experience and musings during the first six months of the pandemic with more than two dozen paintings by Richard Kroehling, a Cold Spring artist, filmmaker and longtime friend.

Their book is a pared-down version of a blog the Woodstock Times asked him to write, and its form and rhythm are more akin to a poem than a prose memoir.

While Smart blogged in Albany, Kroehling was also busy. When he was not editing film for two projects that had been shot before the shutdown, Kroehling said he had two activities: painting and then, late in the afternoon, mixing a drink and calling Smart and other friends “who would take my phone calls.”

The idea for the book emerged last year as Smart and his family prepared to relocate to Mexico. Smart started compiling projects to work on and realized that the blog captured a unique period. Because he felt Richard’s paintings “shared the same emotional terrain,” they began matching words with images.

The first draft, 70,000 words, was cut to 11,000 on a friend’s advice, resulting in a book that Smart considers “more lyrical.” It is published by Mountains and Rivers, a new entity based in Barrytown that focuses on Hudson Valley and Catskills writers.

“We all have stories that reflect the world around us,” Kroehling says. “If we pay attention to them, we can start to heal — or at least recognize where the world stands and where it can go.”

With Different Eyes rekindles images familiar to most people from the pandemic’s early months — empty streets; closed workplaces and schools; signs posted on the doors of shuttered businesses; yellow police tape draped across the entrances to closed playgrounds; and a painter friend who dies alone because pandemic restrictions prevent his wife from being there.

Smart and Kroehling resurrect a period defined also by the death of George Floyd at the hands of police officers in Minneapolis and the protests and rioting that followed; parallel protests against pandemic restrictions, partly inspired by a president who “is always angry”; and a surge in gun violence, including near Smart’s former neighborhood in Albany. 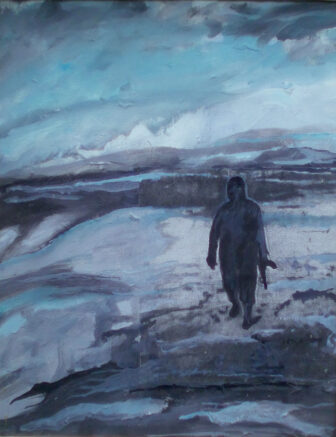 He writes about witnessing protests by President Trump’s supporters outside the governor’s mansion — complete with “MAGA hats. Anti-vaccination signs. Threats against Asians” — and being tear-gassed at a protest outside the main police station in Albany in response to the Floyd murder.

The dislocation and turmoil, mixed with boredom and uncertainty, follow the recent deaths of his parents. Still, says Smart, there was a sense of optimism amid the turmoil that he wanted to capture.

“There is a sense that we can change things — this is not bad working from home, this is not bad finally having a reckoning around race in this country,” he says. “And moreover, that it’s forcing us all to look at our relationship with mortality in a fresh way.”