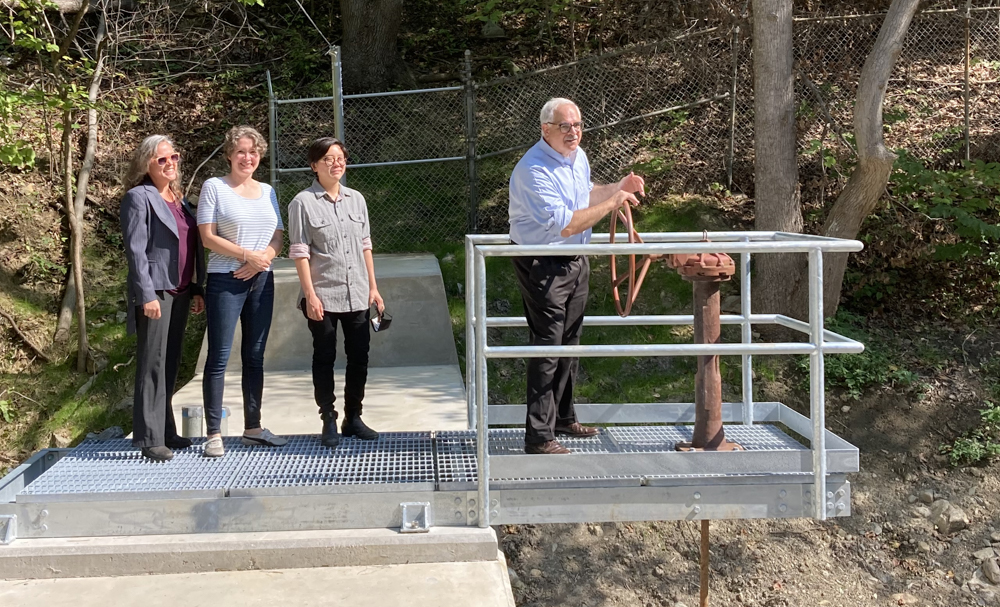 Had been leaking 80K gallons daily

City officials gathered on Monday (Sept. 19) to mark the completion of rehabilitation of the Pocket Dam at the end of Pocket Road off East Main Street.

The work completes the first phase of a $2.76 million project that started in June and will include the rehabilitation of the Mount Beacon Reservoir dam by the end of this year or early in 2023 to increase its spillway capacity to better manage storms. The dam at the Melzingah Reservoir will be rehabbed next year and the city also may drill a third well.

The Pocket Dam, which can hold up to 200,000 gallons, creates a reservoir for water leaving the Mount Beacon Reservoir, as well as from a catchment area along Dry Brook. It is then piped to the water filtration plant on Liberty Street.

Pocket Dam was leaking 80,000 gallons per day, the city said, despite attempts several decades ago to patch it. The rehabilitation was the first comprehensive reconstruction since its construction in the 1920s, it said.