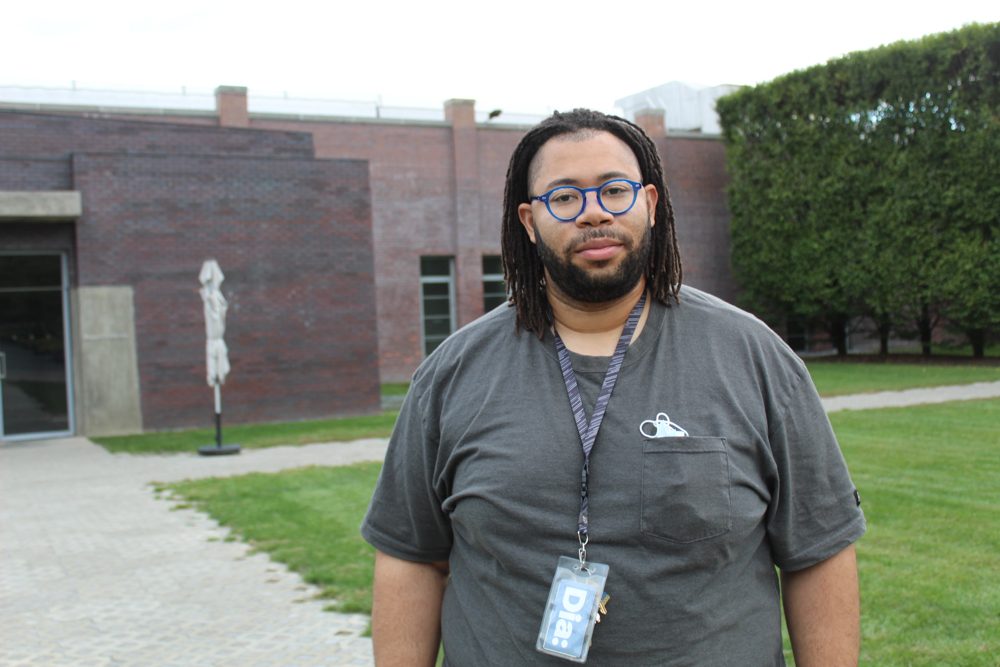 Vernon Byron, a security guard at Dia:Beacon, is one of more than 100 Dia Art Foundation employees who voted to unionize. (Photo by L. Sparks)

More than 90 percent of workers at Dia:Beacon and the other exhibition spaces run by the Dia Art Foundation voted on Sept. 13 to join Local 2110 of the United Auto Workers’ Technical, Office and Professional Union as part of a wave of organizing at arts organizations.

Just six of the 107 employees who cast ballots voted against joining Local 2110, two months after organizers filed a petition with the National Labor Relations Board to hold a union election. Those eligible to vote included curators, gallery attendants and managers working at the foundation’s locations in Beacon, New York City, Long Island and New Mexico.

The organizing effort began earlier this year, fueled by a desire for higher pay, benefits for more employees and more opportunities for gallery attendants, security guards and other public-facing employees to ascend into administrative jobs, said Vernon Byron, who has been employed at Dia:Beacon for nearly 10 years as a guard and attendant.

“It’s time,” he said. “It’s essential in terms of opening up opportunities, keeping the things that we do enjoy about the job and trying to expand other things that we want the job to transform into.”

Dia, which recently raised its minimum wage by $1, to $16 an hour, did not oppose the effort. A representative said Tuesday (Sept. 20) that the organization “respects our staff’s decision to unionize and we look forward to working constructively and openly with Local 2110.”

The next step for employees is to choose members for a negotiating committee and craft proposals to present to the foundation, said Maida Rosenstein, the president of Local 2110, who described the election’s outcome as “extremely gratifying.”

Local 2110 UAW also represents employees at the Guggenheim, the Jewish Museum, the Museum of Modern Art, the Whitney Museum of American Art and the Brooklyn Museum.

At the Guggenheim, art handlers, maintenance workers and other staff voted in 2019 to join Local 2110. In October, they were joined by conservators and curators. Staff at the Brooklyn Museum voted in August 2021 to join.

More recently, in May, educators, teachers and other employees at the American Museum of Natural History voted to have District Council 37 of the AFL-CIO represent them in labor negotiations.

But the relations between some museum administrations and their staff have deteriorated once negotiations over pay and benefits commenced.

In August, unionized employees with the Philadelphia Museum of Art filed a grievance with the National Labor Relations Board that accused management of “bad-faith bargaining” and replacing full-time staff with temporary employees to dilute the union’s size. The union, which has been negotiating for a new contract since forming in 2020, held a one-day strike on Sept. 17.