The Beacon City Council is expected to approve a resolution on Monday (Oct. 3) asking Dutchess County to study how to integrate a rail trail along the dormant Beacon railroad line into its long-term planning.

City officials anticipate a trail running for 13 miles from the Beacon waterfront to Hopewell Junction, where it would connect with the Dutchess Rail Trail and the 750-mile Empire State Trail. In Beacon, it could link to the Hudson Highlands Fjord Trail that will connect to Cold Spring.

The city’s resolution notes that the county Transportation Council has included a Beacon-to-Hopewell trail as a “transformative project” in its long-range plans. It asks the council to use federal funding to study conceptual plans.

Along with Beacon, East Fishkill and the town and village of Fishkill are expected to adopt resolutions supporting the project. 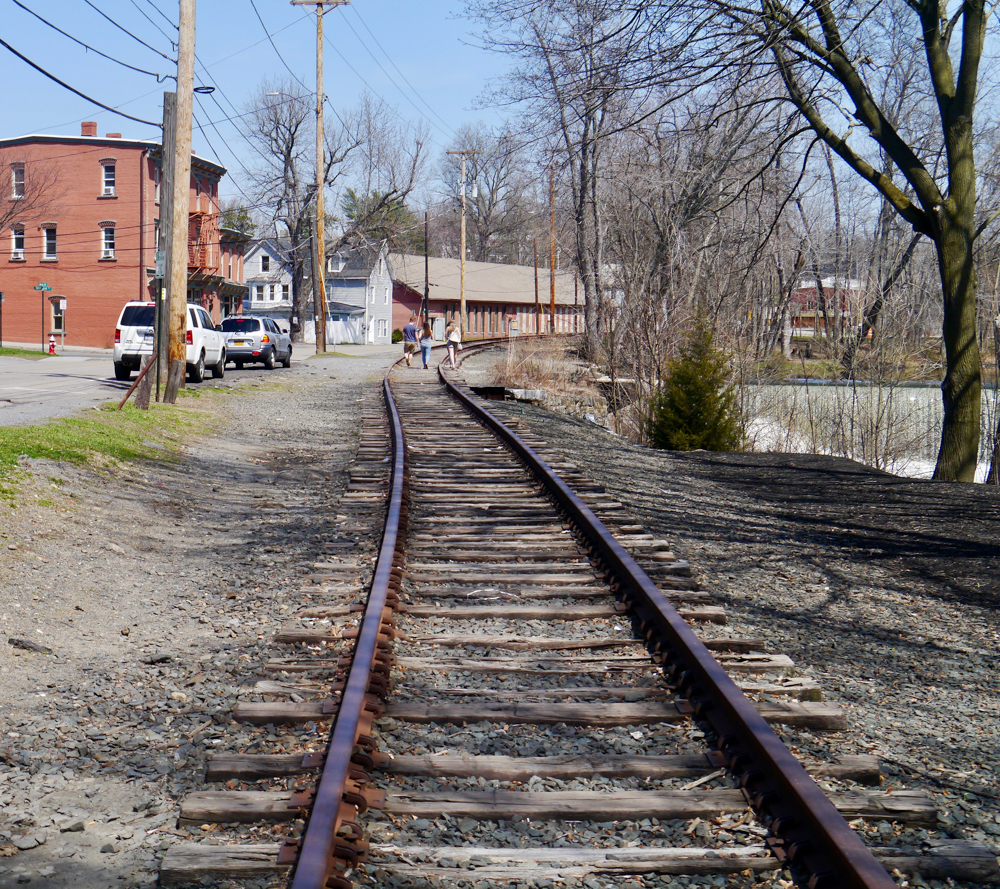 The Beacon line rails run through the city and continue east to Connecticut. (File photo by J. Simms)

One major hurdle may soon no longer be an issue. Metro-North, which owns the Beacon railway, last year said it intends to discontinue use of a 41-mile segment from Beacon to the Connecticut border. When Metro-North acquired the Beacon line in 1995, the Interstate Commerce Commission exempted it from most of the regulations that come into play when a line is abandoned.

Metro-North requested a waiver from the federal Surface Transportation Board for its contractual obligations with the Housatonic Railroad Co., a freight company that opposes the move. It argued that it has a right to use the tracks under a 1995 agreement.

Metro-North and Housatonic said this month they have opened settlement negotiations.

Earlier in September, the federal Office of Environmental Analysis told the Transportation Board that the proposed abandonment of the railway would not significantly impact the environment.

Railroad companies have abandoned thousands of miles of track since the 1930s as Americans and manufacturers became less reliant on train travel.

During the City Council’s Sept. 26 workshop, City Administrator Chris White said he thinks a Beacon-to-Hopewell trail could cost $20 million to $30 million to complete, over multiple stages. He said he hopes the trail would be constructed, operated and maintained by Dutchess County.

“It’s a huge project, so we’re hoping that they work from west to east, so they start in Beacon and go toward Hopewell Junction,” White said.

One thought on “Beacon Hopes to Move Rail Trail Forward”