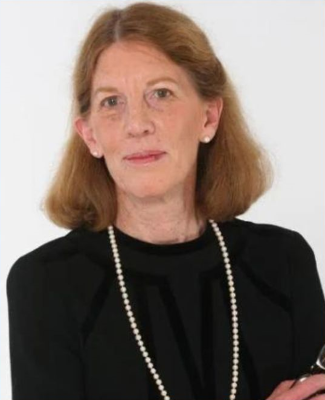 Patricia M. Cloherty, 80, formerly of Garrison, died on Sept. 23 at her home in Coconut Grove, Florida.

Pat was born July 2, 1942, in San Francisco, the daughter of John and Doris (Dawson) Cloherty. She was raised in Pollock Pines, California.

She received a bachelor of arts degree from the San Francisco College for Women and a master of arts and master of international affairs from Columbia University.

Pat was the chair and CEO of Delta Private Equity Partners and manager of the two venture capital funds, the U.S. Russia Investment Fund and the Delta Russia Fund, which had more than $500 million invested in 55 Russian companies.

In addition, she was the past president and chair of the National Venture Capital Association of the United States. From 1977 to 1978, Pat was deputy administrator of the U.S. Small Business Administration. In 1981, she became the founding president of the Committee of 200, an organization of female entrepreneurs and executives.

Pat was a former trustee of Columbia University, a trustee for Life of International House and trustee emeritus of Columbia University’s Teachers College. She was a member of the Rockefeller University Council and the Council on Foreign Relations. In 2009 she was elected to the board of directors of NYSE Euronext.

Pat grew up in a simple country environment and never forgot where she came from, her family said. In speeches at lofty business gatherings, she often reminisced about picking pears and cooking for loggers in the Sierra Nevada mountains. She served in the Peace Corps in Brazil from 1963 to 1965, and decades later, still entertained people with stories about castrating pigs with local farmers.

One of Pat’s greatest gifts was the ability to connect naturally with others, from cab drivers to hotel staff, from CEOs of multimillion-dollar corporations to government cabinet members, her family said. She had a diverse collection of friends of all ages from around the world.

Pat enjoyed trips to the casinos (the slot machines being good arm exercise, she always said). She treasured her time spent with friends and family in her country house in Garrison. She was a fierce Scrabble competitor. She enjoyed the arts and was a big supporter of the Hudson Valley Shakespeare Festival.

She is survived by her siblings, Michael Cloherty and Judith Mendel.

A memorial service will be held at 10:30 a.m. on Oct. 14 at St. Philip’s Episcopal Church in Garrison. Memorial donations may be made to St. Jude Children’s Research Hospital (stjude.org) or the Fairchild Tropical Botanic Garden in Coral Gables, Florida (fairchildgarden.org). 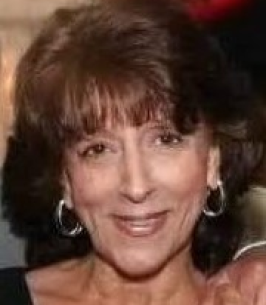 Rosemary A. DeSimone, 76, of Cold Spring, died Sept. 25 at the home where she had lived for nearly 70 years.

Rosemary was a beloved mother and nana, her family said. She was a loving and caring woman, and an inspiration to all who knew her.

She is survived by her children, William DeSimone (Gabrielle) and Gina Pereira (Jorge); her granddaughters, Elena, Isabella and Mellanie; and a niece, Christina DeDonato (Tony) and their son, Christopher.

A Mass of Christian Burial was offered Sept. 30 at St. Mary, Mother of the Church, followed by interment at Fishkill Rural Cemetery. Memorial donations may be made to St. Jude Children’s Research Hospital (stjude.org). 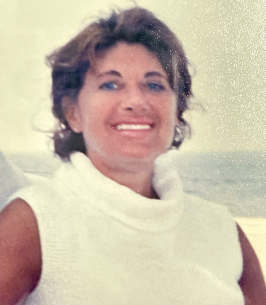 Suzanne L. Samuelson, 71, of Cold Spring, died Sept. 23 with her husband and daughter at her side.

Suzy was born in Cold Spring on Dec. 10, 1950, the daughter of Edward and Mary Matthews. After graduating from Haldane High School, where she was the salutatorian of her class, Suzy attended the University at Albany. She married Fred Samuelson on Feb. 22, 1969.

She began her professional career with Pepsico, rising to manager of benefits communication while attending night school to earn a degree at Pace University. She loved her work and traveling around the U.S. on business, her family said. She eventually became a principal at William Mercer as a benefits communications consultant, testifying on pension reform in front of a Congressional committee.

Aside from her love of family, Suzy had a passion for fitness, music, travel, celebrating the holidays and, most important, the beach, which she and Fred were blessed to call home for many years. She loved an adventure, especially if it meant interacting with animals. She swam with dolphins in the Florida Keys, rode a donkey down the Grand Canyon and held a boa constrictor in Key West and a kangaroo in Bethany.

Suzy also had a passion for giving and ran a Christmas gift drive every year at work, hosted a Navy midshipman while living in Annapolis, volunteered for Seas the Day while living in Bethany Beach, Delaware, and anonymously paid off layaway presents during the holidays.

Along with her husband of 53 years, she is survived by her daughter, Heather Chefalo (Michael); her grandchildren, Marley Chefalo and Mikey Chefalo; her brother, Tom Matthews (Pam); a brother-in-law, Terry Lahey; and a sister-in-law, Natalie Matthews.

A memorial service will be held from 11 a.m. to 2 p.m. on Oct. 15 at McHoul Funeral Home, 895 Route 82, in Hopewell Junction. Memorial donations can be made to St. Jude’s Children’s Research Hospital (stjude.org). 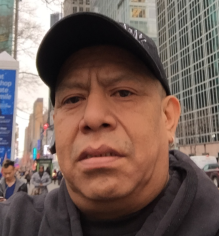 “Pato,” as he was known to friends and family, was born in Cuenca, Ecuador, on Sept. 29, 1972, the eldest child of Jorge Sinchi Jimbo and Luisa Maria Villa Villa. He arrived in the U.S. nearly 30 years ago and lived in Poughkeepsie and Fishkill before moving to Cold Spring about 14 years ago. He worked in numerous restaurants throughout the Hudson Valley, mainly in the Philipstown area.

Patricio worked hard, played hard and laughed hardest, his family said. He had a deep devotion to Our Lady of Guadalupe and was happiest spending time relaxing with friends and family, with a big plate of Mexican food and Los Acostas playing.

Along with his parents, he is survived by his children, Wilson Javier, Digna Azucena and Jessica Patricia and their spouses; their mother, Maria Samaniego; and his grandchildren, Alyn Guadalupe, Shirley Salome and Dyland Alexander, with a new grandchild arriving in December.

He is also survived by his siblings, Bertha, Luis, Diana, Gladys, Graciela and Jorge, and their families.

A funeral Mass was held at St. John the Evangelist in Beacon on Sept. 27, followed by a gathering at the Riverview Restaurant in Cold Spring.