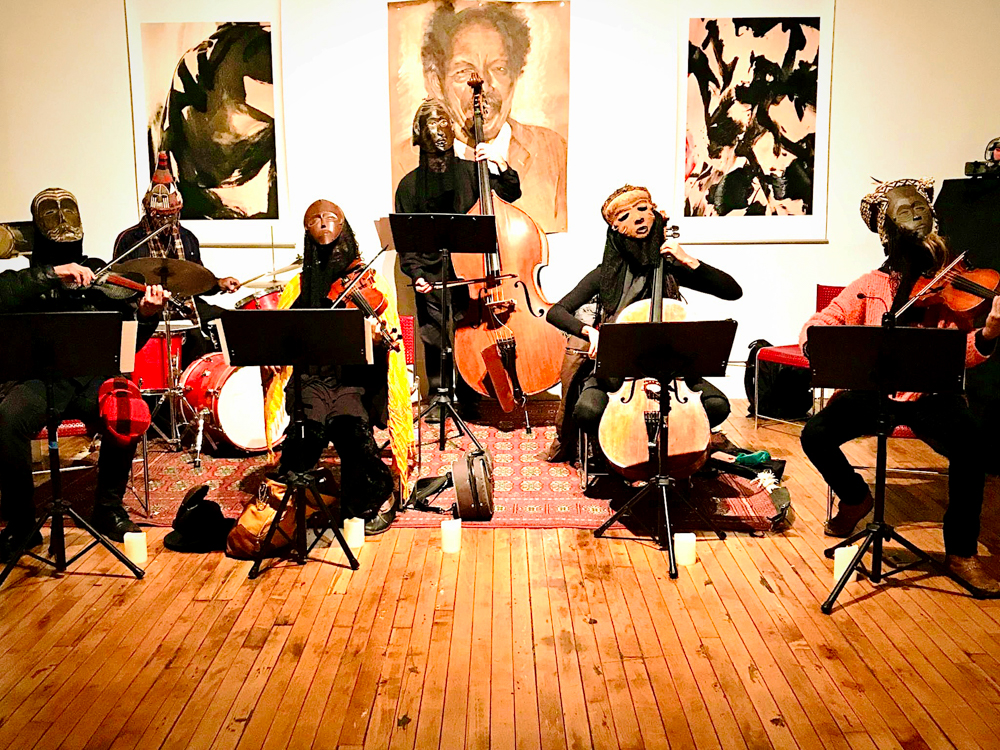 WeFreeStrings in 2018 performing "Baraka Suite," a masked ceremony with dance and spoken word based on poems by Amiri Baraka. (Photo by Patricia Nicholson Parker)

When violist and composer Melanie Dyer decided to create a sextet, she says she had one criterion: “I was looking for string players who could improvise.”

The performance will resemble the Sunday afternoon jam sessions that occurred in Dyer’s Harlem apartment from 2004 to 2013. “We were improvising and recording what we played,” she recalls. “Then we listened to what we played, while having a meal — there was always food. 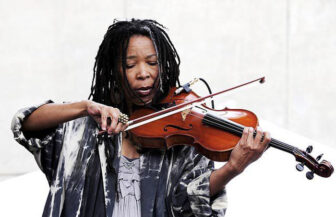 “I was looking for people who I knew were excellent players, technically,” she recalls. “Having played with this group influences the way I write. We all develop our own voice, and different voices in the room change the conversation and the way the music is expressed. As improvisers, we don’t always tell the music what to do — it takes us where it wants to go.”

Writing in The Wire, critic Phil Freeman said the music “combines free jazz with the music of African American string bands and classical avant-garde.” He described it as “surging, stabbing, thumping.”

When the Sunday afternoon sessions began, Dyer was already hosting what she calls “multi-generational, multi-ethnic activist speakers centered around ecological issues, parlor music having to do with Earth and justice — socio-political events.” There were films, plays and lectures, as well as music. “It was wonderful — fun and stimulating,” she says. 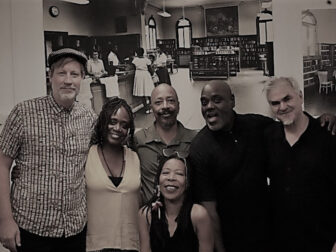 After a hiatus of five years, Dyer called Burnham and they reached out to others. In 2017, the new group was formed. It weathered the pandemic, pared down temporarily to a trio and performed a few livestreams, including one for the Chicago Jazz Strings summit. Eventually it was able to get into a studio courtesy of Art for Art, a Lower East Side organization that supports musicians who work in free jazz and improvising.

That was followed by a grant from New Music USA that allowed WeFreeStrings to record an album, Love in the Form of Sacred Outrage, released this year on streaming platforms. It includes compositions by Dyer written in tribute to the late writer and poet Amiri Baraka and civil rights activists Fannie Lou Hamer and Fred Hampton. 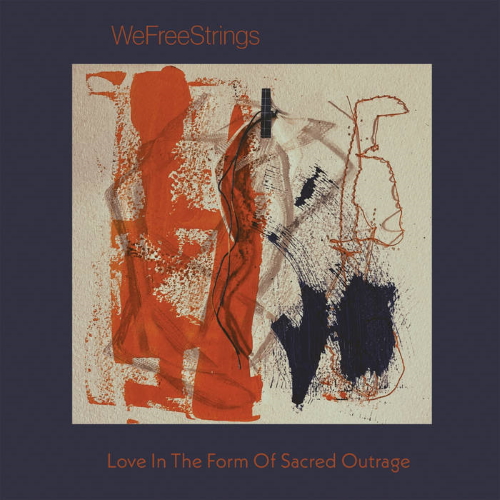 The group released its latest album in June.

Much of the album will be performed at the Chapel, as well as Andrew Lamb’s “Pretty Flowers,” a lyrical duet between Dyer’s viola and Laster’s violin, grounded by Filiano’s bass.

“Whatever inspires the writing, the music becomes what it’s going to become,” Dyer says. “With composing, you start out alone, you write something down on paper, then you give it to other musicians and their creative energy comes in and sometimes takes it beyond the initial ideas. They expand and improvise that expansion. The listening audience closes that creative process.”

Dyer is excited to play in front of an audience again — the sextet has four gigs in October. “Folks are busy, in a good way,” she says. “Because we were on lockdown for two years, I’m finding audiences are hungry for art in all of its forms and incredibly appreciative.”

She’s also happy to be returning to the Chapel Restoration, which is located on the Hudson River. “I played with Gwen’s group there on Halloween night in 2015,” she recalls. “It was a beautiful night, and the doors were open, with music flowing out. I walked down the hill trail there, looked up and there was a little white-speckled owl in a tree, talking to us, singing.”

The Chapel Restoration is located at 45 Market St., adjacent to the Metro-North train station, where parking is free on weekends. Admission is free, although donations are welcome.