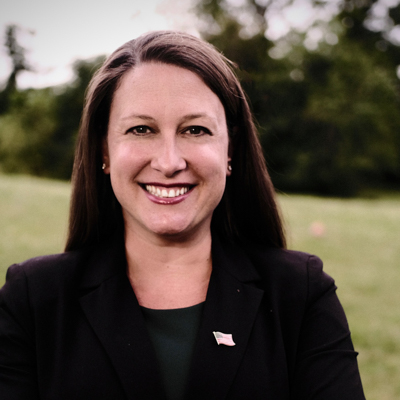 Yvette Valdés Smith is the minority leader in the Dutchess County Legislature, which has 17 Republicans and eight Democrats. Her district includes part of Beacon.

You were elected in November. Why did you decide to run?

I’ve always been an active and engaged voter, but after Jan. 6 [when a mob attacked the U.S. Capitol in an effort to stop the certification of the presidential vote], I could no longer be on the sidelines. It was not the United States of America that I grew up believing in. I didn’t see anybody like me in politics locally — a Latina mom and former teacher — and didn’t see us at the table where decisions were being made. I love our community; I wanted us to be a beacon for progress.

What is your background?

I was born in Syracuse and raised in Puerto Rico. My mom’s family was in Beacon, so I would spend summers here. When it came time for college, I really wanted to come back to the Hudson Valley, so at age 17, I left the island and I’ve pretty much been here since. I’m a former public school teacher and proud union member. I am a mom of two kids in the Beacon school district, although we moved out of Beacon about five years ago and are in the Town of Fishkill, right on the border. I help run the Environmental Education Center at Stony Kill Farm.

How can the county best support Beacon?

One of the big things is the rail trail. What a fantastic project. So many of us, no matter what party, have wanted that trail to connect Beacon and Fishkill. You’d think that there would be quicker movement on it but we’re going on multiple years of hearing, “In two years, we’ll be able to push this through.” If the Republicans in the Legislature didn’t have a supermajority, if there was more balance, we would be able to do more.

What is one thing you hate about politics?

I came in as a newbie, thinking we could bring change immediately. That has not been the case. Democrats have brought forth resolutions that have not even seen the light of day because they get blocked from being put on the agenda. It’s difficult to propose legislation that could possibly save a life, that could make positive changes in people’s lives, but see it get blocked. It does not feel democratic to me.

One thing you love?
I love getting out there and talking to constituents. That’s where a lot of our best ideas come from. Their ideas and concerns can turn into legislation that makes people’s lives better, and that’s what I want for our area. I want it to be the absolute best place to live and raise a family and retire. Local elections matter so much and I would encourage anybody who’s interested to run for office. It shouldn’t just be people who’ve been in politics before.