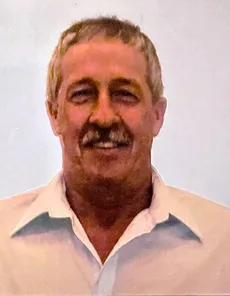 He was born Aug. 10, 1946, the son of Cornelius and Mary Meeuwisse. He emigrated from the Netherlands to the U.S. with his family in 1951, when he was 4. The family lived in Hoboken, New Jersey, until he was 10, then moved to Chester.

After two years of community college, he enlisted in the U.S. Marine Corps. After graduating at the top of his class as private first class at Parris Island, South Carolina, he served in Vietnam and completed three years of embassy duty in Brussels, Belgium. Upon his discharge, he had achieved the rank of sergeant.

After his service, he used the G.I. Bill to return to college, earning a master’s degree in elementary education.

He was married twice, to Judith Sumski and Ruth Lubin. Frank later resided with his companion, Judy Young, in Greensboro, North Carolina. They enjoyed traveling and touring together.

Frank’s diverse career included 31 years with the state Department of Corrections and Community Supervision. Starting as a corrections officer, he became a math teacher in men’s and women’s correctional facilities. He ended his career as principal at the Green Haven Correctional Facility. During these years, Frank also taught at Newburgh Free Academy, and was an adjunct professor at Marist College and Mercy College. In addition, he taught for 25 years at Dutchess Community College.

Frank took great pleasure in golfing, fishing and volunteering. For more than 40 years, he played Santa for neighborhood children.

Memorial donations may be made to the Vietnam Veterans of America (vva.org) or the Dana-Farber Cancer Institute in support of Michael Diviak’s 2023 Boston Marathon run that he has dedicated to Frank’s memory. Give at dana-farber.org/gift and designate “Diviak/2023 Boston Marathon.” 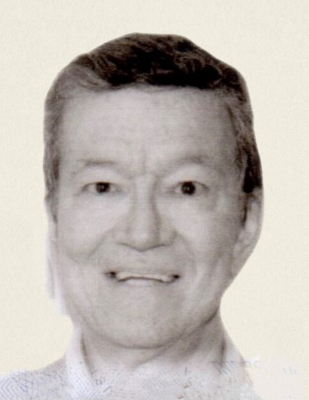 He was born Sept. 3, 1955, in Melbourne, Florida, the son William Jr. and Anny (Schoeters) Robinson. After graduating from John Jay High School, he earned a bachelor’s degree at SUNY Oswego. He worked as a technician at IBM/GlobalFoundries in East Fishkill for 21 years until his retirement in March.

Steven was a collector of various things, particularly Disney and sci-fi. He was a huge fan of Star Trek and had been a member since 1974 of Starfleet Command Quadrant One, the oldest Star Trek fan organization. Recently, he was appointed commander and chief science officer aboard the USS Henry Hudson NCC 161, which was effective Stardate 2004.09 (April 9, 2022).

Along with his mother, Steven is survived by his sister, Leslie Robinson and his niece, Victoria LeMay. Along with his father, his brother, William “Jamie” Robinson III, died before him.

Family and friends will gather from 2 to 4 p.m. on Saturday (Oct. 15) at Libby Funeral Home in Beacon, where a memorial service will be offered at 3 p.m. Interment will take place at Fishkill Rural Cemetery.

Charles Gustave “Chuck” Theiss, 94, a former Beacon resident and Fishkill Town Board member, died at his home in Fishkill on Oct. 7.

He was born on Aug. 22, 1928, in New York City, the son of Emil and Anna Theiss. In 1942, the family moved to their summer home on Osborne Hill Road in Wappingers Falls.

Because of gas rationing during World War II, the family moved to Beacon so that Emil and Anna could be closer to their jobs at the Newburgh shipyard and the National Biscuit Co., respectively. Chuck and his brother, Bob, attended Beacon schools for two years before the family moved back to Wappingers Falls.

After graduating from high school in 1946, Chuck worked as a part-time plumber’s helper for the A.C. Smith Co. of Beacon, where he learned the trade. In his youth, he made a lot of friends and played a lot of ball. He was an honors student and outstanding athlete in football, baseball and basketball.

In 1949, he graduated from the New York State Institute of Applied Arts & Sciences, where he earned a degree in building construction. He entered the construction field, and under the firm of Emil Theiss and Sons, he built many homes and buildings in southern Dutchess County.

In 1964, Chuck joined IBM in East Fishkill, in the facilities, operations and maintenance department. After 23 years, he left IBM and in 1987 went to work for the Town of Fishkill as the interim building and zoning inspector and assessor. He retired in 2000, after 23 years as assessor and eight years as a councilman.

Chuck played semi-pro football for the Beacon Bears and also played baseball, basketball and softball for the Fishkill Athletic Club and other teams. He is a member of the Dutchess County Baseball Hall of Fame and Thomas Macrini Sports Hall of Fame, a charter member of the Beacon Bears alumni and past president of the Dutchess County Old Timers’ Baseball Association.

His love for the outdoors included many hunting and fishing adventures. He was a member of the East Hook Sportsmen Association and owned a hunting and fishing camp on the Chazy River in Champlain. He and his family spent many days at the camp, enjoying the peace and quiet of the north country.

Chuck met his wife, Dorothea Delahay, in Glenham and they were married in 1949 at St. Joachim Church in Beacon. She died in 2010 after 63 years of marriage.

Chuck is survived by his children, Susan Ann Arnold and Charles Emil Theiss; his granddaughters, Jennifer, Tracey and Deanna; and his great-grandchildren, Victoria, Gary, Khloee, Paige, Alexander and Cole. His brother died in 2015 and his sister-in-law, Ruth Theiss, in 2019.

A Mass of Christian Burial was offered Oct. 11 at St. Mary, Mother of the Church in Fishkill, followed by interment at Fishkill Rural Cemetery. Memorial donations may be made to the Rombout Fire Co. (romboutfire.com) or the Dutchess County Baseball Hall of Fame, 51 Cramer Road, Poughkeepsie, NY 12603.

Christina Joan Vegeto, 87, of Pleasant Valley and formerly of Beacon, died Oct. 6 at home, with family members at her side.

Christina worked as a clerk for IBM for 36 years. In her retirement she enjoyed helping at the Journey Inn. She also loved to spend time with her family, often throwing parties, where she would cook and bake for everyone in attendance.

A funeral service took place Oct. 12 at Poughkeepsie Rural Cemetery. Memorial donations may be made to the Hudson Valley Hospice Foundation (hvhospice.org).