The 1941 horror classic The Wolfman will be screened Oct. 29 and 30 at The Chapel Restoration in Cold Spring — with a twist. The movie will be accompanied by Joseph Bertolozzi, the creator of Bridge Music, who will play the organ and provide sound effects. Aaron Haskell will provide wolf puppetry and the Wolfman will appear at the most blood-curdling moments of the film to provide extra thrills. There will also be wolf-related songs, courtesy of Luca Vladimiroff. 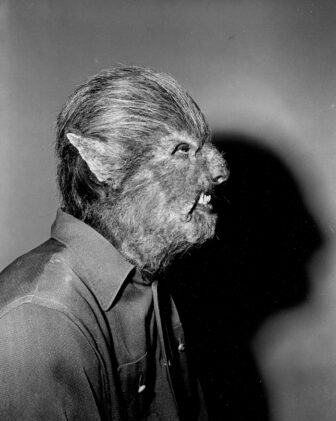 The Wolfman is the story of a man (Lon Chaney) who returns home after his brother dies. He buys a silver cane to impress an attractive shopkeeper and, on the same day, uses it to defend himself against a wolf. He discovers that he is cursed with lycanthropy.

The screening will be hosted by the New York City immersive theater creators Psycho Clan, whose artistic director is Cold Spring resident Timothy Haskell. The team has staged a haunted house in New York City for years and in 2021 produced The Dark House at the Philipstown Depot Theatre.