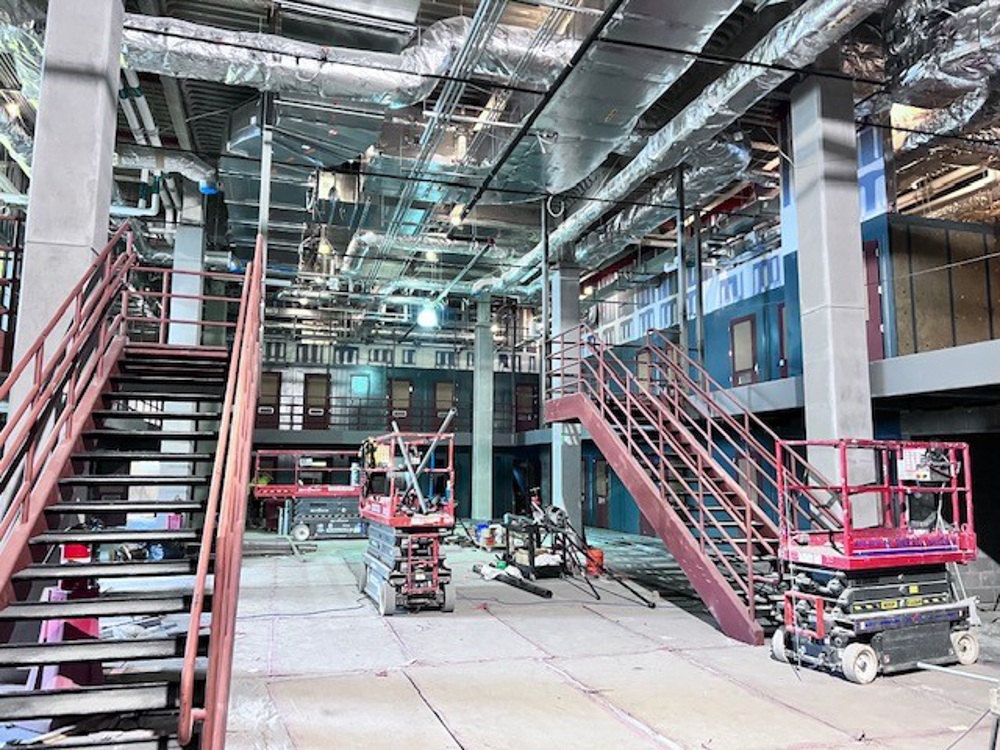 The current interior of the Justice & Transition Center (photo provided)

The Dutchess County comptroller reported on Oct. 13 that the new county jail under construction in Poughkeepsie is 78 percent complete and on track to be finished by July 2024.

As of June 30, the county had spent $165 million on the Justice & Transition Center, which includes the jail and a sheriff’s office that was finished in early 2019, Comptroller Robin Lois said.

In 2016, the county Legislature approved spending up to $192 million on the project but the jail design was reduced in 2020 from 569 beds to 328 following the enactment of bail reform. The jail population averages about 200 inmates per day, Lois said.