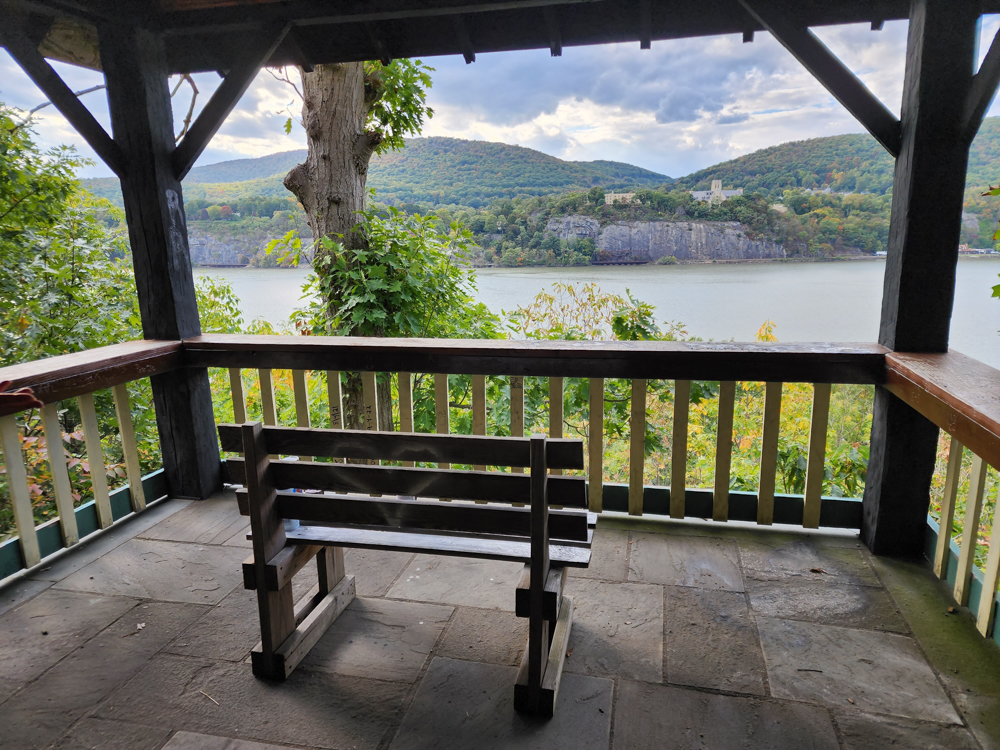 The Glenclyffe Loop Trail includes a resting stop with a view of the Hudson.

The Open Space Institute announced on Wednesday (Oct. 19) that it had improved access to the Glenclyffe Loop Trail in Garrison, which connects to the Glenclyffe, Arden Point and Castle Rock areas of Hudson Highlands State Park, as well as the Metro-North station in Garrison.

The improvements include a 12-car parking area and trailhead, an accessible entry path, trail reroutes, historical panels, a kiosk and better wayfinding and signage.

The 2-mile trail passes through 93 acres of woodlands and includes views of the Hudson River and the path of Benedict Arnold’s escape after his attempted surrender of West Point. It also connects with Marcia’s Mile, a trail that honors Marcia Favrot, a Philipstown conservationist, artist, teacher and philanthropist.