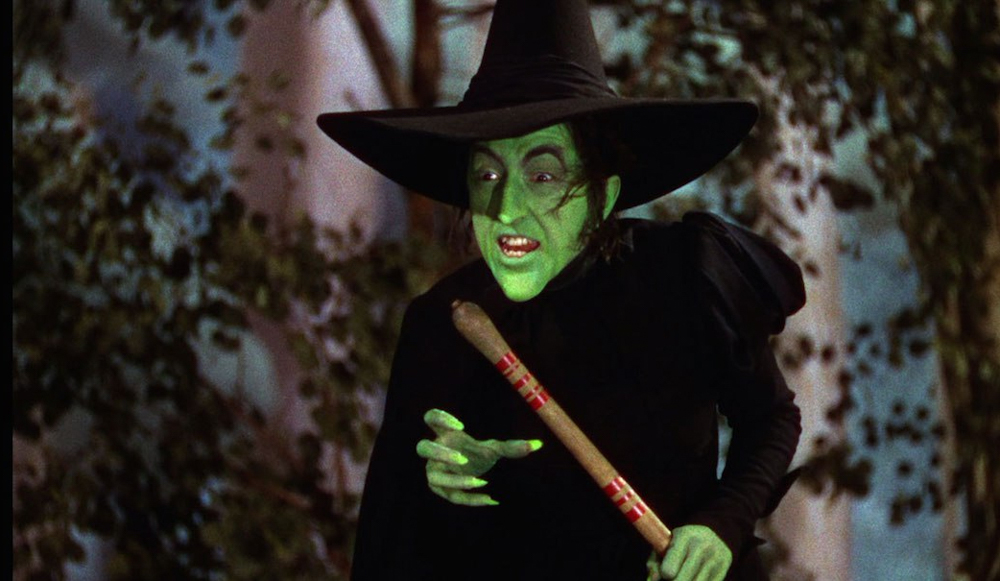 Margaret Hamilton played the Wicked Witch of the West in "The Wizard of Oz"(1939).

Although she is a horror writer, Meghan Arcuri said she felt a bit terrified when she was asked to write a play for high school theater students. 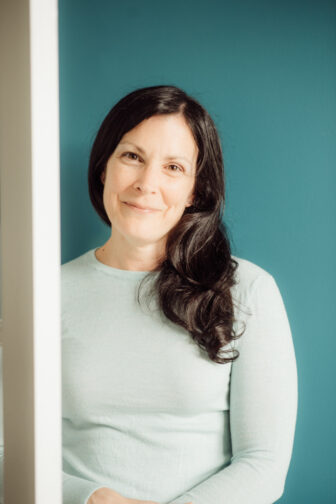 Finally, the person doing the asking was Arcuri’s high school drama teacher, Anthony Scarrone, whom she still tends to call “Mr.” The result of his request, Green With Hunger, will be performed at the Seeger Theater at Beacon High School on Oct. 28 to 30.

Scarrone had seen a post on Facebook about Arcuri and her husband running their first marathon and reached out. “We want to do a Halloween play — could you help me out?”

“I didn’t want to be presumptuous,” Arcuri says, “but I didn’t know if he was asking for something I’d written or asking for help choosing horror plays to look at.”

She shared a few candidates, but Scarrone asked if she had written anything his Beacon Players could perform. She says she was flattered, but thought, “Have I?”

In fact, she had. James Aquilone, the editor of an anthology titled Classic Monsters Unleashed, had solicited writers to submit stories in which they wrote from the perspective of a famous monster. Arcuri submitted a story centered on the Wicked Witch of the West, from The Wizard of Oz.

“She’s such a great villain,” Arcuri says. “It had a horror component built in — I asked, ‘Why is she green?’ I related it to zombies: she’s gonna be hungry and she’s gonna be hungry for people. A zombie story is going to have a little gore, so I went down some of those roads, and it takes place in Oz, which offers so much.”

She woke with a coppery taste in her mouth, her lips wet and sticky. A dark red liquid dotted her hands, her fingers — were they greener? A small heap of a body lay next to her, bits of skin and shattered bone in place of where its head had once been.

It had happened again.

She shared the story — which hadn’t made the cut for the anthology but was posted by Aquilone online — with Scarrone. The next step was turning it into a play. Her stories include plenty of dialogue but the narrative was more challenging, Arcuri says.

She also wondered: “How does getting it across to the audience happen? Do I let the director and actors take care of it?” She was relieved to learn she could use stage directions “for some of the major beats.”

Arcuri might have intuited some of this earlier if she had stuck with theater in college, after enjoying it at John Jay High School in Hopewell Junction, where Scarrone and a colleague ran an after-school program that presented musicals like Oliver and Fiddler On the Roof, farce such as Noises Off and dramas such as Dracula. “You could tell right away he was passionate and knew what he was doing.,” Arcuri says. (Scarrone became director of Beacon Players in 2012.) 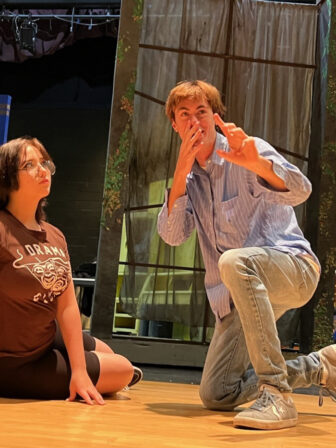 Despite taking a few acting classes, Arcuri left the stage behind, earning bachelor’s degrees in English and math at Colgate University and a master’s degree in natural sciences from Rensselaer Polytechnic Institute before becoming a high school teacher on Long Island. “The focus shifts to paying the bills,” she says. Marriage and two children followed, and with it a move to Beacon, to bring the children closer to their grandparents.

Arcuri found her way to writing while navigating the challenges and isolation of stay-at-home parenting. “I was reading lots of escapist stuff, plowing through books,” she says. She enrolled in a three-day fiction writing workshop geared toward genre fiction, sci-fi and horror.

At first, she was reluctant to write horror because “I’m afraid of everything! What I learned — and this applies to most genres — is that what makes something scary is more about pacing. Writing dialogue means figuring out to keep things crisp, how to pare down your work to the important stuff.”

In the past decade, Arcuri has had her stories published in anthologies such as Borderlands 7, Madhouse and Chiral Mad. Her story “Am I Missing the Sunlight?” was nominated in 2020 for a Bram Stoker Award (named for the author of Dracula) and she is vice president of the Horror Writers Association, which gives them out.

At Beacon High School, she worked with Scarrone and Jonah Mensch, the student director. “We had a great meeting during the first week of school,” she says. “They showed me the set pieces and Jonah shared ideas he had and asked me questions about the character. When I handed over the script, I thought for sure there are things in it which were too violent or ‘magic-y,’ but no one batted an eye.

“I don’t want to be heavy-handed,” she adds. “I want them to interpret it.”