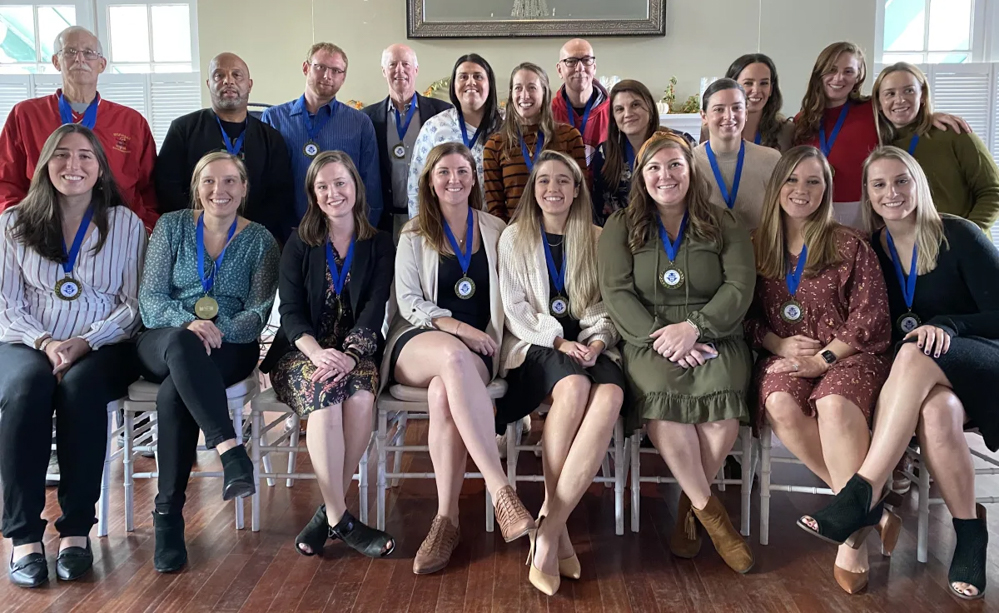 Haldane added this week to the members of its Athletic Hall of Fame. (Photo provided)

The Haldane Athletic Hall of Fame inducted its 2022 class on Sunday (Oct. 16) at the Highlands Country Club in Garrison.

During his time at the high school, Phil Cotennec (1974) tied the 100-yard dash record at 10 seconds; received the bronze medal in the 100- and 200-yard dashes at the regional championships; and anchored the mile-relay team at the New York and the Penn Relays. He also was named first team All-County in basketball during his junior and senior years.

As a football player, Collin LeMon (2007) was twice named honorable mention All-Section and three times All-League. As a wrestler, he had 99 career wins and was named All-Section three times, division tournament champion twice and sectional champion in 2007.

Nelson Delanoy, who attended the Nelsonville School and Haldane High School, was one of the first coaches at the high school and also taught there for more than 30 years. He spent 17 seasons coaching the baseball team and led the team to championships in 1943 and 1951.

Members of the 2007-08 girls’ volleyball and basketball teams were recognized for winning state championships.

John “Jiggum” Merante (1969) competed in football, cross-country, basketball and baseball for the Blue Devils and went on to coach 79 sport seasons between 1976 and 2018. He served for 41 football seasons as the modified-team coach and varsity assistant and was the junior varsity girls’ basketball coach for 31 years.

Lauren Etta (2013) was named to the girls’ volleyball state championship all-tournament team in each of her final three seasons as a Blue Devil. She went on to play for Tulane University.