The Beacon school board is considering renaming Columbus Day on the district’s calendar to Indigenous Peoples’ Day, a movement that has gained traction nationally as a means of honoring Native American tribes who predated Christopher Columbus.

The board is asking district residents to provide input on the proposal at its meetings on Nov. 7, Nov. 21 or Dec. 12. Public comment, which is limited to four minutes per speaker, is always the first item on the agenda at meetings, which are held at 7 p.m. at Beacon High School. Input can also be submitted to [email protected].

Jamie Mulligan, who is the husband of City Council Member Molly Rhodes, asked the board during a public-comment session last month to consider the change. While Mulligan didn’t give a reason, other than to say he believes “it is wise for us to consider it,” many school districts have weighed similar requests. In some cases, the debates have become highly charged. 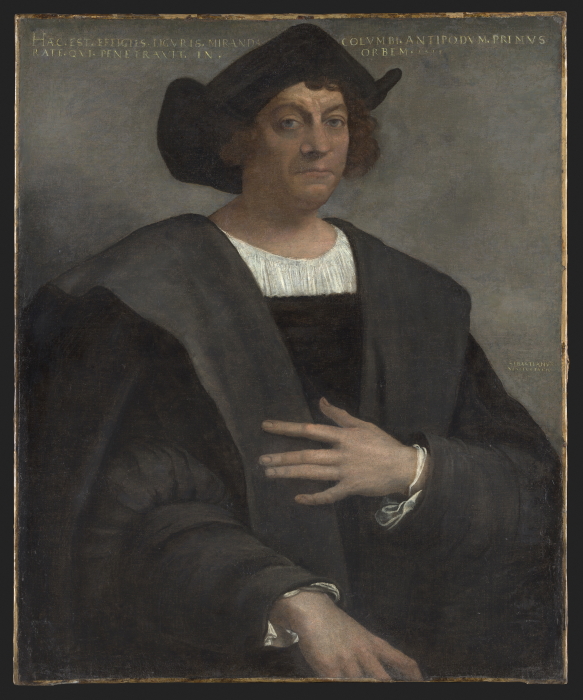 A 16th-century portrait that purports to show Christopher Columbus. (The Met)

The school board in Randolph Township, New Jersey, last year voted unanimously to rechristen Columbus Day as Indigenous Peoples’ Day but, after hearing from angry parents, agreed a month later to remove the names of all holidays from school calendars, instead referring to each of them as a “day off.”

Parents in the district then circulated a petition demanding that the superintendent and members of the school board resign.

If the Beacon board decides to make the change, its decision would only apply to the district calendar. New York State and the federal government recognize the holiday, observed on the second Monday in October, as Columbus Day.

Beacon Superintendent Matt Landahl said during the board’s Sept. 27 meeting that studying the history of Indigenous people who lived in the Highlands could also be integrated into schools’ curriculum. That’s “the point of all this” discussion, he said. “We do some things already, but there’s more to be done, for sure.”

The holiday commemorates the landing of Columbus, an Italian explorer, on Oct. 12, 1492, in the “New World.” However, Native American tribes had lived in what is now the U.S. for thousands of years before his voyage.

Their subsequent displacement makes it difficult to trace territorial lineages, but Mohican, Wappinger, Munsee Lenape and Schaghticoke people were believed to be living in the Highlands before European colonization. In 1683, Francis Rombout and Gulian Verplanck purchased 85,000 acres of Wappinger land in what is now Dutchess County for about $1,200 worth of trade goods, including wampum, guns, gunpowder, cloth, shirts, rum, tobacco and beer.

According to the Mount Gulian Historic Site, it’s unknown whether the Wappinger people understood that they were giving up the land permanently. Twenty-two Native American leaders made marks on the deed because they could not write in English.

Around 1730, Gulian Verplanck, a grandson, built a home on the land that is now part of the historic site. The Madam Brett homestead in Beacon was also built on former Wappinger land.

One thought on “Should Schools Change Columbus Day?”