Constancia “Dinky” Romilly’s story is typical, perhaps, in only one way: When the pandemic erupted in early 2020, she and her husband, Terry Weber, fled Manhattan to take up residence in the mountaintop retreat in Philipstown they have owned for more than 20 years.

The rest of her story is unusual. She grew up with five aristocratic aunts and a famous mother: Jessica Mitford, best known for her books such as the memoir Hons and Rebels (1960) and The American Way of Death (1963), an expose of the funeral industry.

Dinky’s mother and aunts, known as the Mitford girls, were raised as well-born wildlings in the English countryside outside Oxford and over the decades have been the subjects of a groaning shelf of documentaries and biographies. Besides Jessica, the best known was Nancy Mitford, author of the novels The Pursuit of Love and Love in a Cold Climate. The most infamous were Unity Mitford, who became a close friend to Adolf Hitler, and Diana Mitford, who married fascist leader Sir Oswald Mosley. 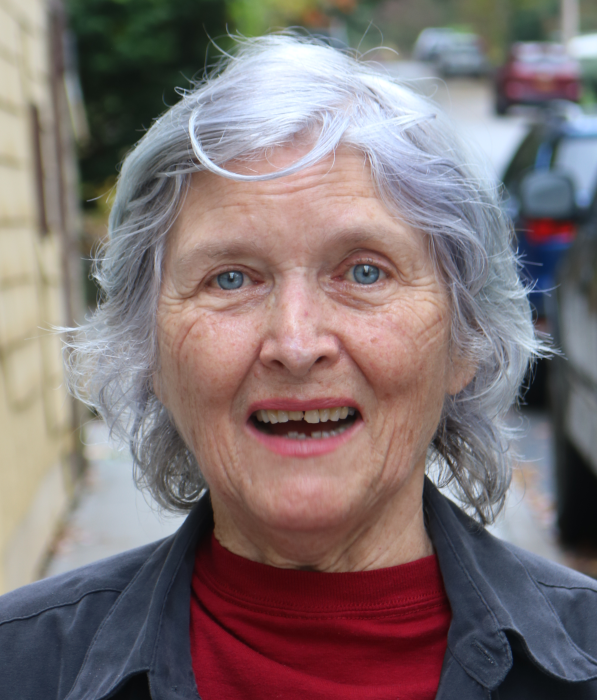 As a girl, Dinky says, her mother (known as “Decca”) was close to Unity. “Unity decided she was a fascist, so my mother decided that she was going to be a communist. They had these little competitions as girls where they would take their diamond rings and engrave hammers and sickles and swastikas in the windows” of Swinbrook, the family home.

Dinky, 81, shares the progressive politics of her mother, who died in 1996. “Right now, I’m involved in building a new chapter of the NAACP for Putnam County,” she says. “We just got chartered. You’ll be hearing more about us to deal with some of the issues that are already going on in some of our schools, for example teaching the real history of the U.S., not the fake history.”

Dinky was not close to her maternal aunts or cousins, in large part because her mother, as a teenager, distanced herself. Decca eloped at 19 with her second cousin, a left-wing journalist and nephew of Winston Churchill named Esmond Romilly. After traveling to Spain in the late 1930s to fight with anti-fascist forces there, the newlyweds moved to the U.S., floating between Greenwich Village, Miami and Washington, D.C. While pregnant with Dinky, Decca attended the 1940 Democratic national convention in Chicago with a friend, Virginia Durr, a civil rights activist whose husband, Clifford Durr, would represent Rosa Parks.

“They sat with the Texas delegation,” Dinky says. “My mother had morning sickness, and they would joke that the Democratic donkey was kicking up a fuss. So, they called me the ‘Dinky Donkey.’ That’s where my nickname came from, from some drunk Texan at the 1940 Democratic convention.”

Dinky never knew her father. A navigator with the Royal Canadian Air Force, he died in 1941 at age 23 when his bomber went down over the English Channel.

Decca relocated from D.C. to San Francisco, where she worked for the Civil Rights Congress and remarried. Dinky’s stepfather, Bob Treuhaft, was a lawyer who fought against police brutality against Black people and represented union members. Dinky graduated from Oakland Technical High School. 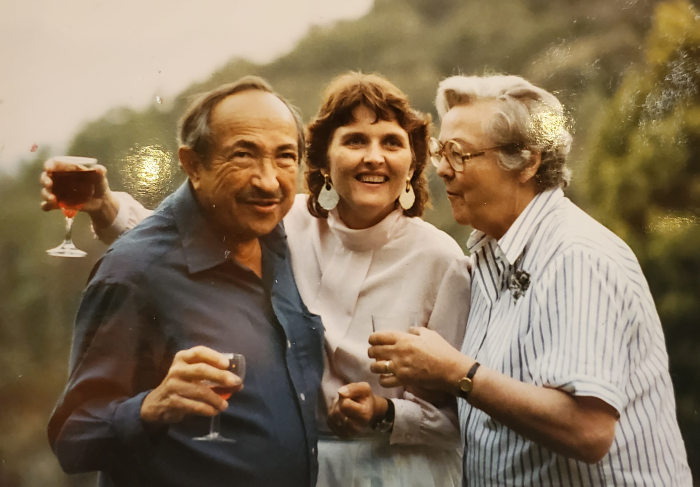 Dinky Romilly (center) with her stepfather, Bob Treuhaft, and her mother, Jessica Mitford, in Paris in the 1980s (Photo provided)

As for her mother’s notorious sisters and their gilded world, “they were storybook people to me,” she recalls. “I knew some of the vague outlines. But I wasn’t raised that way. I was raised in this lower middle-class neighborhood with these parents who were radical activists who were threatened with jail, deportation and so on.

“We couldn’t travel,” she says. “First of all, my parents couldn’t get passports because they were communists. And we could never have afforded to; there was no money. The vacations we took were driving. We would drive to New Mexico, to some sort of a wilderness camp, or we would drive down to Mexico, to Cuernavaca.”

Dinky came east to attend Sarah Lawrence College but found herself miserable (she had never visited and thought the school was in New York City, not small-town Bronxville). She dropped out to become a fundraiser and coordinator for the Student Nonviolent Coordinating Committee in Atlanta, which was fighting racial discrimination. She wrote news releases and worked the phones to drum up coverage.

“As a white person in a Black organization, one does whatever one’s asked to do,” she recalls. “Our office was open 20 hours a day, with the time difference on the West Coast and even going over to Europe. It was all to attract the attention of the news media; that’s what life was all about in those days.”

While at SNCC, Dinky fell in love with its executive secretary, Jim Forman, who would become a prominent figure in the civil rights movement; they had two sons: James Forman Jr. is a professor at Yale Law School and Chaka Forman is a restorative justice coordinator at a Los Angeles middle school. Jim Forman died in 2005.

When Dinky was in her early 20s, Decca decided it was time for her daughter to meet the extended Mitford family. Decca’s sister, Deborah “Debo” Mitford, had become the duchess of Devonshire and lived in a 300-room castle in Derbyshire, where her daughter Emma — Dinky’s cousin — was to be married.

Decca refused to go to the wedding because Diana Mitford would be there — the sister who in 1933 married the fascist leader; that wedding took place in Berlin at the home of Nazi propaganda minister Joseph Goebbels, with Hitler as a guest of honor. 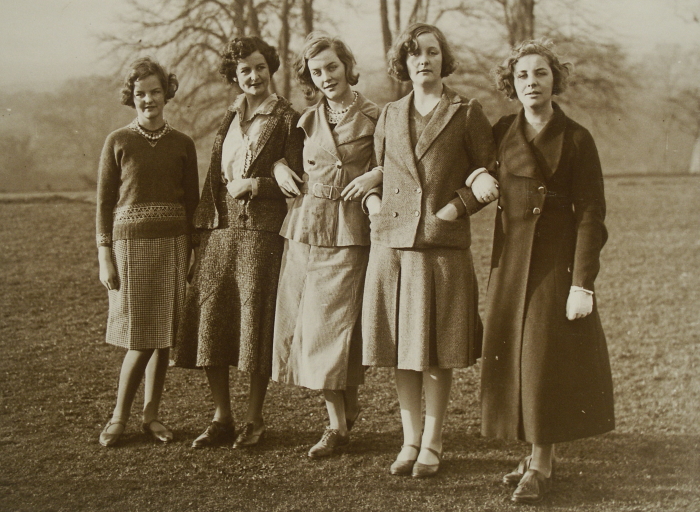 Decca, however, was fond of her sister Debo. She told Dinky she could not be rude to Diana, although she didn’t have be nice.

Was there a moment in the castle when Dinky wished her mother hadn’t turned her back on her aristocratic upbringing? Not at all, she says. “For me, what I was doing in civil rights was the logical thing that one does with one’s life. We lived then, and we live now, in a situation of gross inequity and inequality and starvation and oppression.

“If you believe in dialectical materialism, you know that history goes in a spiral. So, at any particular moment, you might be in a more elevated situation than you were before, but you’re passing over the same problems you passed over before.

In a new episode of The Current podcast, Peter Stevenson speaks with Dinky Romilly about her famous mother and the fight for Black civil rights in the 1960s. See highlandscurrent.org/podcast.

Peter Stevenson, a freelance journalist based in Garrison, is a former executive editor of The New York Observer who has also worked for Conde Nast Traveler, The New Republic and Men's Journal.

One thought on “Something You Don’t Know About Me: Dinky Romilly”