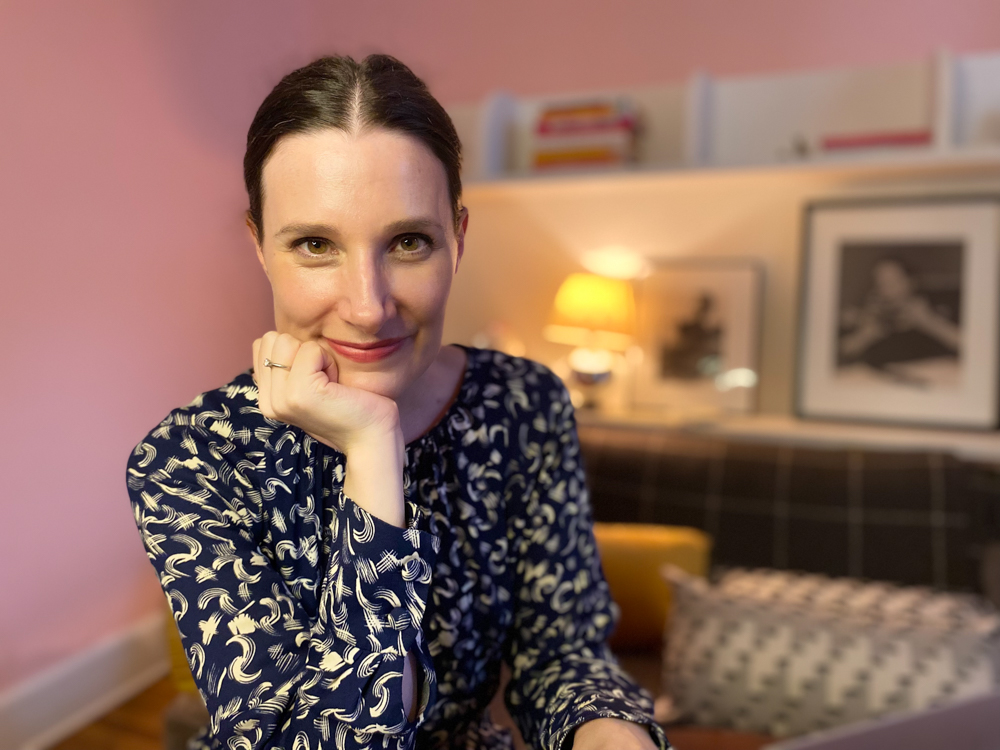 Growing up in suburbia in Virginia and Seattle, Maria Teresa Hart’s greatest objects of desire — coveted with what she describes as a “mania” — were porcelain dolls created during or evoking the Victorian era.

The century-old dolls, just beyond her reach, “filled me with a wooziness that could only be described as ‘I want,’ ” she recalls. “Their function didn’t matter to me, just as it hadn’t mattered to the Victorians. What mattered was beauty, refinement and … well, I wasn’t sure exactly. I loved gazing at them in all their finery, but what I didn’t realize at the time was that I’d fallen into the same awed thinking the Victorians had, idolizing porcelain dolls.” 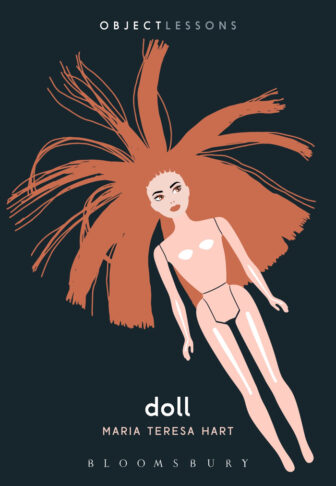 That duality — useless in function, expert in enticement — infuses Hart’s newly released book, Dolls, published by Bloomsbury in partnership with The Atlantic. It is part of Bloomsbury’s Object Lessons series, which “explores the hidden lives of ordinary things.”

Hart will be reading from Doll at the Desmond-Fish Public Library in Garrison at 2 p.m. on Nov. 19 and discussing her book in partnership with Split Rock Books. (She will be joined by Amanda Parrish Morgan, the author of Stroller, another title in the series.) Hart will also read at 7 p.m. on Dec. 2 at the Howland Cultural Center in Beacon during the monthly Lit Lit gathering.

She describes Doll as “a mix of entertaining and academic. Have a laugh at certain moments, but still imagine childhood: This piece of paper is a person, who is going somewhere. Human beings turn anything into dolls: rags, bones, paper. Just beam yourself back to your childhood bedroom floor.”

Hart grew up “all over,” including Chile. She and her partner moved to Beacon from New York City during the pandemic, and she professes to be “over the moon” about her new home, despite initial nerves about “not feeling plugged into things. It turns out I have all those things here in Beacon. I was looking for a place with an art-house movie theater and a cat cafe, and I’ve got them! I’m so glad we moved.”

Her introduction to Dolls is analytical and anecdotal, spelling out how she shifted from being a collector of dolls to a reporter and examiner of doll culture.

She writes: “As a person drawn to girlie things, I loved dolls the way I adored things like dresses, high heels, makeup — representations of a flouncy, embroidered, ladylike world. But like all these items of formative femininity, I understood that I was highly encouraged by societal norms to embrace them; I was rewarded when I indulged in them, and was ostracized when I didn’t. Once I became a questioner, I wanted to interrogate these feelings precisely because they seemed to be reinforced at every turn.”

“Both of my previous books in the series [on hairdryers and bidets] focused on objects which had a strong history rooted in the feminine,” she explains. “I love doing that type of writing, deep dive, unpacking. I want to write about an object as a formative, feminine thing. I was casting around for a subject, when this came to me.”

Hart divided the book into five essays, each anchored by a type of doll, with airy, light-hearted “playdates” tucked in between. The book proceeds roughly chronologically, with chapters on Barbie and American Girl, plus more surprising inclusions such as celebrity dolls and avatars.

It was not easy to write a relatively short book about dolls. “I joked with my editors that this was volume one of 100,” she says. “I had to be judicious and disciplined about what could make it. Everyone had good suggestions, but I had to tell myself, ‘No, there cannot be an entire chapter on the trope of haunted dolls,’ even though I’m obsessed with curio boxes and hidden wings meant to creep out guests.”

Many of her topics in Doll carry baggage, much of it a reflection of imposing contemporary values onto objects from another era. In her opening chapter, Hart states her mission:

“Let’s look at dolls through a feminist lens, but understand them as complicated objects that can simultaneously expand and contract the realm of possibility for girls. I reject the idea that dolls are simply playthings — instead, I see them as vehicles through which messages about class, race, beauty, history, fame and selfhood are transferred and internalized.

“Even with Barbie, who is a lightning rod of controversy which is still debated, she’s an easy target. She is a mixed bag [as in] ‘Is Barbie good or bad? Yes.’ She’s a proxy, a stand-in for the value that achievement for women is becoming a starlet or model. On the one hand, she represents many negative things, like impossible beauty standards and materialism, but the flip side of her is a lot of feminine joy, secret play, dress-up time.

“To deny those things is really shortsighted and travels back to the ’90s, when everyone started critiquing the feminine, that whole mindset of ‘If we want to compete with men we have to abandon the pink, wear pant suits.’ What occurred then is ‘feminine’ became linked to traits that are dismissed. Now we can acknowledge that that is also a form of dismissiveness and misogyny. We need to come to a place where we can value the whole perspective of femininity.”

Not a whole lot has changed recently, according to Hart, who noted she had to lobby for the inclusion of avatars in the book. This was based upon a realization while watching her young nephew create a player in a digital game.

“There was a selection process with choices he was making and I realized he was putting together a virtual paper doll,” she says. “For adults, it serves a similar purpose to dolls. Avatars are doppelgangers now, stand-ins for us. And with that, there is a morality that goes along as women don’t match our avatar standard. It’s ultimately not that different from Barbie, first in ‘Can I achieve that?’ followed by ‘What am I appealing to here? What other repercussions are there?’ There needs to be other representation available.”