Joseph Ahlbeck, 79, died Nov. 2 at the Pines at Poughkeepsie Center for Nursing and Rehabilitation.

He was born in White Plains, the son of Carl and Natalie (Ventura) Ahlbeck. He married Diane on April 30, 1966, in Pleasantville.

Joseph worked as a machinist for Fen-Bar Machinists in Hawthorne for 50 years. In his free time, he enjoyed fishing and anything to do with cars.

Along with his wife, he is survived by his children, Jennifer Ahlbeck and Brian Ahlbeck (Katie); his grandchildren, Cole and Alexis; his sister-in-law, Joanne; his niece, Cheryl; his nephew, Kevin; and his brother, Carl Ahlbeck. 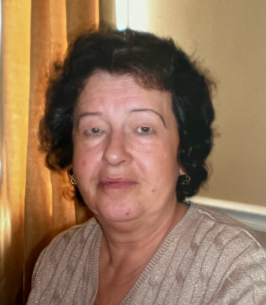 Anife Capollari, 70, a resident of the town of Newburgh since 1982 and formerly of Beacon, died Nov. 5 at Montefiore St. Luke’s Cornwall Hospital.

She was born on June 1, 1952, in born in Bitola, North Macedonia (formerly Yugoslavia), the daughter of Ramadan and Anife (Alievska) Alioska. On Feb. 16, 1970, she married Izedin Capollari in North Macedonia, and the couple emigrated to the U.S.

Anife enjoyed cooking, gardening and home decorating. She loved music, and specifically admired popular music, including artists like U2 and Jon Bon Jovi. Her quiet strength, welcoming heart, fun sense of humor and resounding laugh are key elements in what made her extraordinary, her family said. She was happiest when entertaining family and friends, whom she would always make feel special and loved by preparing the most delicious meals.

Calling hours will be held from 5 to 8 p.m. on Friday (Nov. 11) at McHoul Funeral Home, 1089 Main St., in Fishkill. A service will be held at 10 a.m. on Nov. 12 at the funeral home, followed by interment at Wappingers Falls Rural Cemetery. Memorial donations may be made to The Epilepsy Foundation (epilepsy.com). 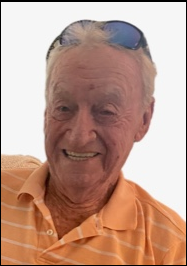 James Francis Hopper, 94, died Oct. 30, with family members by his side.

Jim was born in Orange, New Jersey, on Sept. 7, 1928, the son of Irish immigrants, James J. Hopper of County Sligo and Lillian McGrath of County Roscommon.

He grew up in Beacon and, at 6’5”, was a record-setting basketball player at Beacon High School. Jim attended Rider College in Lawrenceville, New Jersey, on a basketball scholarship and also spent several years playing semi-pro basketball.

He was drafted into the U.S. Army during the Korean War as a combat medic with the 279th Infantry Regiment, which was part of the famous “Thunderbirds” 45th Infantry Division. He saw combat from October 1950 until his separation in June 1952.

Jim married Claudia Smith of Cold Spring in May 1955. He worked for Texaco Oil Company until his retirement in 1986. Jim and Claudia moved to The Villages, Florida, in 2003 from Glen Burnie, Maryland, and lived an active life there. Jim was one of the original members of the Mulberry Water Aerobics group and participated for 17 years. Like his two brothers, he was an avid golfer and often shot under his age and won many tournaments.

A Celebration of Life will take place Jan. 17 at Hiers-Baxley Funeral Home in The Villages, followed by interment at Florida National Cemetery in Bushnell. 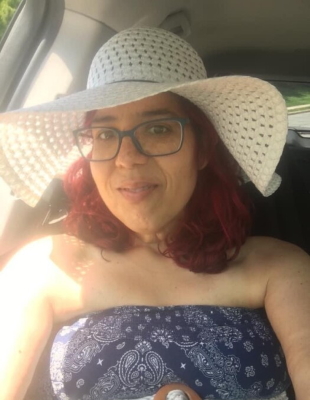 She was born on April 29, 1978, in Boston, the daughter of Pablo and Cynthia (Novoa) De La Torre. After graduating from Delaware Valley High School in Milford, Pennsylvania, in 1996 and the Beauty School of Middletown in 2000. She was a hairdresser for many years and in 2016 earned an associate’s degree in medical office management at Purdue University Global. In 2018 she founded Pathway to Prosper Coaching.

Along with her father, Maday is survived by her husband, Calvin Brown; her son, Jordan Velazquez; her sister, Frances Ortiz (Brett), and their three children; her brother, Brendan De La Torre.

Family and friends will gather to celebrate her life on Saturday (Nov. 19) from 2 to 4 p.m. at Libby Funeral Home, 55 Teller Ave. in Beacon, where a prayer service will be offered at 3 p.m.

A graduate of Plattsburgh State Teachers College, Winifred worked as an elementary school teacher for 30 years in both New York and New Jersey. She taught from 1964 to 1989 in the Middletown school district, mostly at the Liberty Street School in Middletown.

Winnie liked to knit and always had yarn and her knitting needles with her. She also liked doing word search puzzles, but she mostly enjoyed the company of her family and friends.

She is survived by her daughter-in-law, Frances Marlatt of Mount Pleasant, and her grandchildren, Caitlin Davis of Hamden, Connecticut, and Adam Marlatt of Gdansk, Poland. Her son, Judson (Judd), died in 2008.