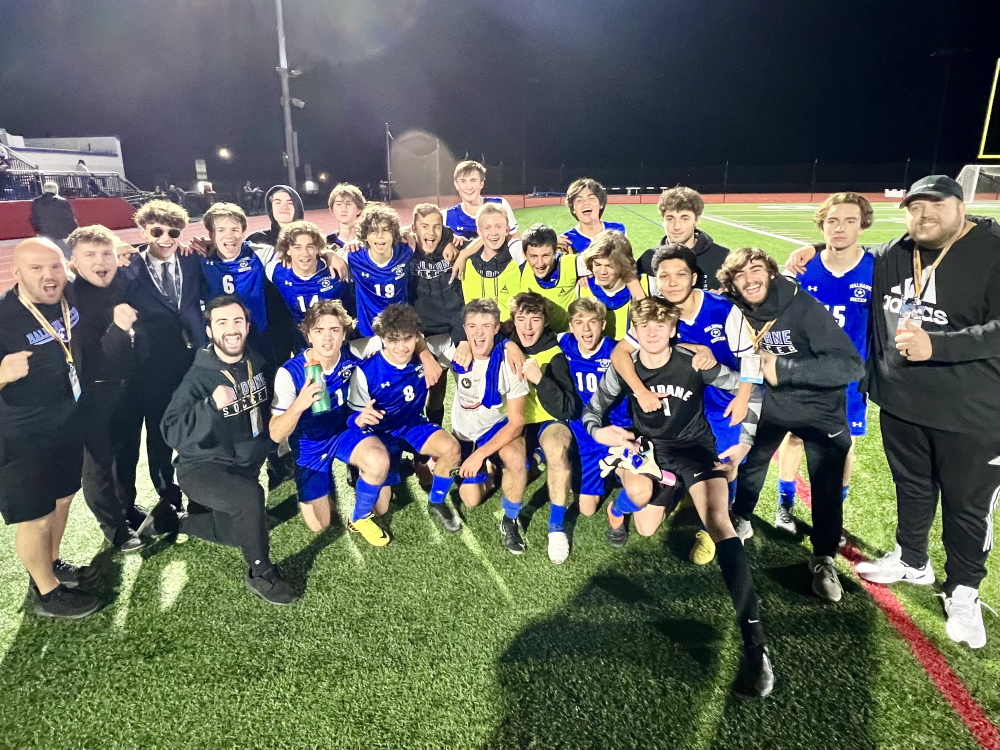 Haldane won, 1-0, to advance to the state title game. (Photo by S. Pearlman)

Despite the Haldane boys’ soccer team having plenty of scoring opportunities in the first half, its Class C semifinal game against Avon at Goshen High School remained a scoreless tie at halftime.

But the Blue Devil pressure paid off with 23:19 left in the second half, when Clem Grossman got control of a ball at the top of the box and took a strong shot that was deflected. Grossman followed the ball toward the keeper and drove home the rebound for what turned out to be the game winner. 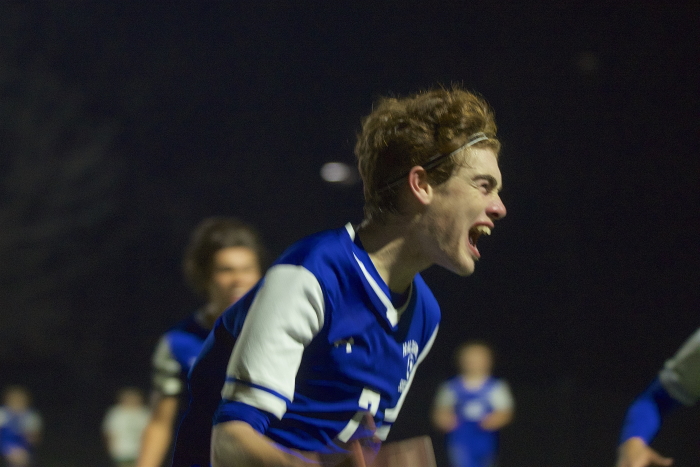 How to Watch the Game

Middletown High School is located at 24 Gardner Ave. Tickets must be purchased online in advance for $11.50 each. There are no cash sales at the gate and tickets must be displayed on phone, not printed. No bags are allowed in the stadium.

The game also will be broadcast online on the NFHS Network, which costs $11.99 per month to access.

The Braves got their best pressure of the game with about 20 minutes remaining, but the Haldane defense, including keeper Ronan Kiter, consistently denied scoring chances.

Avon came into the game 21-0 and had not given up a goal in its last 18 games. The last time the Braves were scored on was in the third game of the season, on Sept. 7.