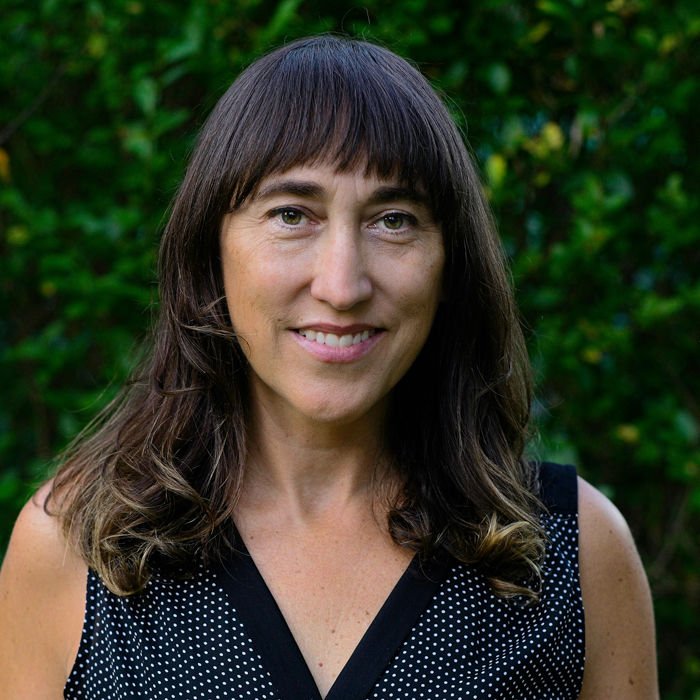 Anne Alvergue is a documentary filmmaker based in Beacon. Her film, The Martha Mitchell Effect, which is available on Netflix, focuses on the wife of President Nixon’s attorney general, John Mitchell. Her responses are excerpted from an interview for the podcast Beaconites.

In your film, Nixon comes off as a little bit obsessed with Martha Mitchell. Was he?

It wasn’t until we dove into the White House tapes that we realized he spoke about her incessantly. At first he was in awe of her because she was getting so much attention. She was incredibly popular. There’s no one like that today. I mean, we can’t name Merrick Garland’s wife. So I think Nixon, who wasn’t very good with the press, was in awe of and then jealous of her. And Nixon’s team also harnessed her popularity. They used her to spread talking points to the press and on the campaign trail.

There comes a point in her story, in California in 1972, when things get dark. What happened?

Martha is on the campaign trail. She’s fighting for Nixon and is pretty exhausted. Her husband [who by then was chair of Nixon’s re-election campaign] convinces her to go to one last fundraising party in Los Angeles. And that happens to coincide with the Watergate break-in. When that happens, her husband doesn’t tell her what happened but jets back to D.C. And she is left poolside to wonder what’s going on. Finally, she sees a newspaper and on the front page is her former bodyguard, who was just arrested in the burglary and had worked for the Committee to Re-elect the President. So she knows there has to be a link between this break-in of the Democratic national headquarters and the committee to re-elect Nixon, the Republican, and she calls her husband frantically.

He tries to pacify her. Then Martha calls her pal, the journalist Helen Thomas. Helen asks her about Watergate and she starts talking, and suddenly the phone goes dead. Apparently the phone cord was pulled out of the wall. Martha was pushed on the bed and contained against her will by bodyguards and unknown men, and then later tranquilized against her will.

Was there a moment in your research that convinced you this would make a great documentary?

When we first heard about her story and realized that there hadn’t been a documentary about her, we were astonished, because it’s such a great story. But the more we researched and watched the footage, the more we realized this is not just a procedural political thriller about what happened to this woman. It was really like a love triangle. It was a battle between Nixon and Martha vying for the attention of John Mitchell. Mitchell was Nixon’s right-hand man and they were incredibly close. I think Nixon thought that Martha was a distraction. He was jealous of her. Certainly Martha was upset at Nixon for getting John into trouble. [Mitchell served 19 months in prison for his role in the Watergate scandal.] And so it was a tug of war between Martha and Nixon for John Mitchell’s loyalty, and eventually John Mitchell chose Nixon.

Is it true Martha stayed at Craig House in Beacon?

Yes. Craig House was a very well-known sanatorium that was open from 1915 through the early 1970s. It was like a dry-out mental health facility for the rich and celebrities. People ranging from Jane Fonda’s mother to Zelda Fitzgerald to Jackie Gleason stayed there, and Martha Mitchell a couple of times.

How would you describe the filmmaking community in our area?
I moved here in 2013 and I didn’t know any filmmakers. It was scary leaving Brooklyn, but I have to say I’ve actually found a stronger, closer-knit community here. It’s been great. We have this Hudson Valley film group that gets together every couple of months to watch each other’s rough cuts. I’m also on the board of Depot Docs, which is a screening series at the Philipstown Depot Theatre in Garrison, where, every few months, we curate a filmmaker to come up from New York City, typically with their documentary, and there’s a Q&A and a reception afterward at Dolly’s Restaurant. It’s a great way for the community to see specific films and talk directly with artists.