In September 2021, The Current published a two-part series on the infrastructure needs of the Highlands. It included letter grades given to New York and the nation by the American Society of Civil Engineers, which this summer updated its 2015 report on New York state. We’ve also included the grades given by elected officials in September 2021 for local infrastructure. 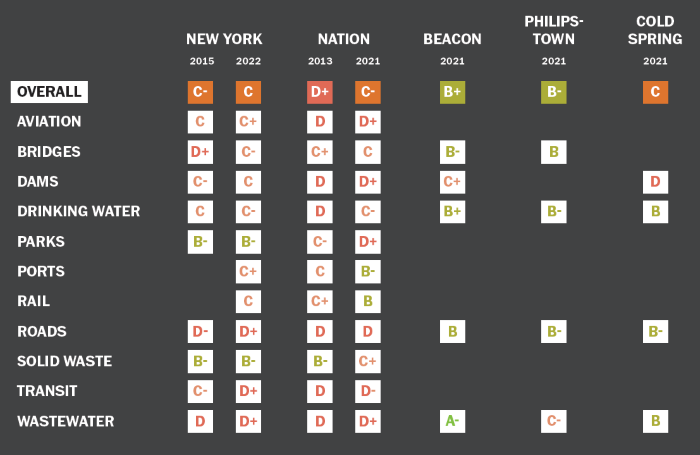