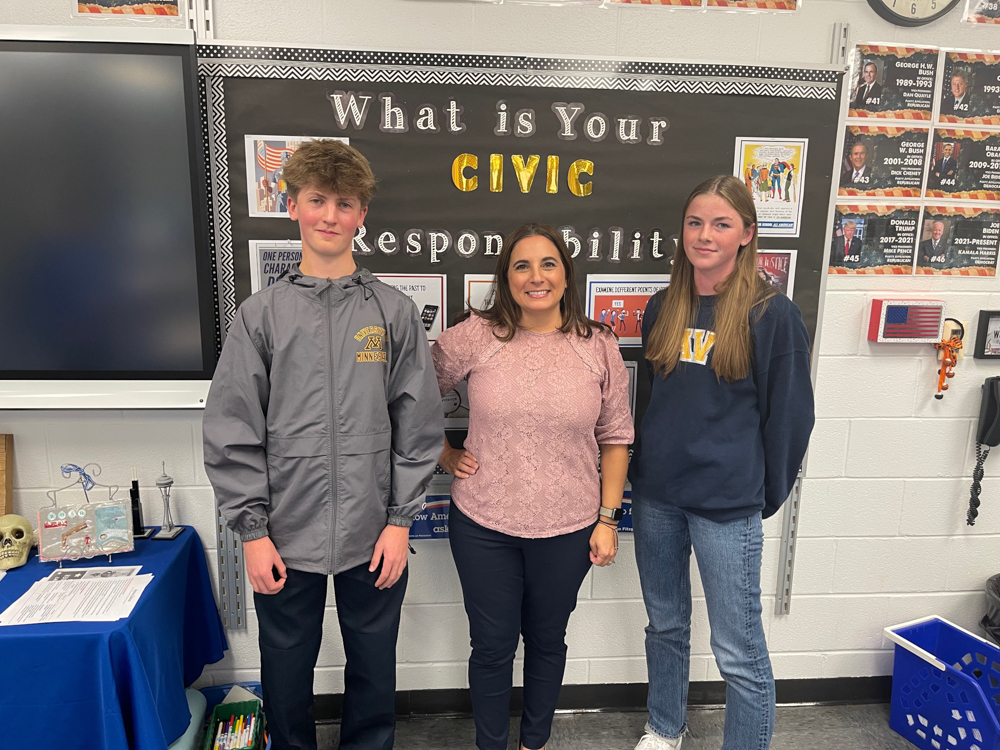 At Haldane, it starts with a fist bump

Could our polarized political environment be fixed with a fist bump?

That’s a question that comes to mind when you listen to Jackie McGrath talk about how she creates a civil environment for discussion in her U.S. history classes at Haldane High School.

Part of McGrath’s mission is to make sure that in a world where Instagram, Facebook and Twitter comprise an often-belligerent public square, her students have a “safe space” to discuss political issues.

To create that space, she often starts with a greeting at the door as her students file into class. Maybe it’s a fist bump, she said. Or maybe it’s a quick check to see if a fellow Giants fan saw the game over the weekend. She’s setting a tone and sending a message that her classroom isn’t Instagram.

“It’s a collective effort to consistently have classroom decorum and rules to follow modeling certain behavior,” she explained. “It has to be respectful because outside there is a lot of noise.”

Of course, the students see how challenging that can be.

Mairead O’Hara, a senior, sees the rancorous debate that takes place on television and on social media. “People just take a side and everything that comes along with it,” said O’Hara, who plans to major in history in college and become an attorney.

But her AP Government teacher, Kaitlyn Secor, teaches a respectful and rigorous form of discourse, such as when they discussed Russian meddling in the 2016 election, said O’Hara. “For this class we’re forced to filter out the biased voices on both sides and find the middle ground and the facts.”

But what actually ensures that the debate remains civil?

It comes down to that “safe space” where the debaters can’t hide in the internet’s anonymity and normalized hostility. Instead, you enter a classroom with rules of civility and eye contact.

“That face-to-face civility does reinforce that kids think before they speak,” said McGrath, who chairs the history department and has taught at Haldane since 2005. “That’s important because once you send that tweet out, it’s there. But being face-to-face makes people take a breath.”

Roy Smith, another senior in Secor’s government class, said the in-person interaction goes a long way toward eliminating the belligerence that you find online. “Being face-to-face with people is important to establish a connection,” said Smith, who wants to study foreign affairs and become a national security analyst. “It’s easier to understand a person’s perspective when you’re looking right at them.”

There are three rules that separate McGrath’s class from the Twitterverse.

“Listening is the most important thing,” she said. Second is respect for others — “not shouting over each other. You lay down a foundation based on facts. Then you give another person the opportunity to counter that. Once you start yelling and slamming your fist down you’ve lost anybody else in the room who might side with you.”

Finally, there’s reflection. When done with the debate, McGrath asks her students to think about the conversation: “What did I get out of this? Did something change? Did I get another perspective?”

It’s all about teaching a “growth mindset,” says Julia Sniffen, the high school principal. “You need to have the mindset that you might not have all the answers all the time.”