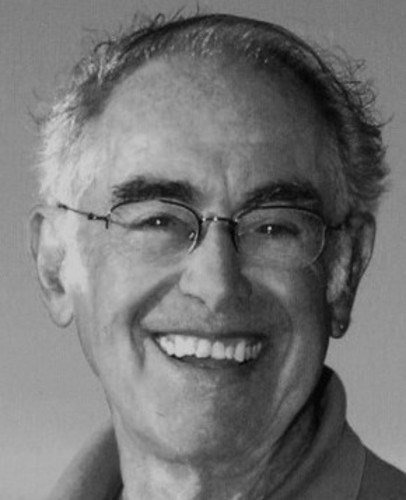 Leo was born Aug. 27, 1927, in Auburn, New York, to Wilfred and Aldea (LePage) Denno (Denault). He spent his life seeking knowledge and adventure, his family said. After graduating from Siena College in 1951 with a bachelor’s degree in English, he earned a master’s degree in social work from Fordham in 1953.

Leo married Elizabeth (“Betty”) Jane Nolan of Auburn on Aug. 1, 1959. The couple started their family in Putnam Valley, moving to Cold Spring and then Delmar in 1967. Betty died in 1997.

Beginning his career as a caseworker in a group home in Middletown and as a school social worker in Putnam County, Leo was a committed advocate for his clients. In 1967 he took a position with the state Education Department, where he worked for 28 years, administering services for the Migrant Educational Program and advocating for the children of migrant agricultural workers. He also volunteered, helping people with AIDS during the height of the crisis.

Leo was an archer and competed in the Empire State Games and traveled with his friends to tournaments throughout the country. He enjoyed travel, touring Europe in a red Porsche 356 that he picked up in Stuttgart in 1954. He visited Ireland and China and made several trips across the country with his camper after his retirement in 1995. His compassion extended to his dogs — understanding their care, behavior and training, and tending to their health, often commenting that he missed his calling as a veterinarian.

Leo’s passion for reading opened a world to him that let his interests and knowledge grow throughout his life, his family said. He always had a new “how-to” book. He used this knowledge on many adventures, from learning how to take the perfect picture, sailing his Day Sailer across Owasco Lake and a never-ending series of handyman projects.

A science fiction and fantasy fan, Leo did not keep his love of reading to himself. He fostered this passion in his children and grandchildren. He showered each one with books that took them on the fantasy adventures of a hobbit, or through the halls of a school of magic. He encouraged their interests with books on chess, animal care and the arts. There was always a book of photography or art, chess strategy or dog psychology on his coffee table. Grandchildren could open drawers to find them stocked with decks of cards, dominoes or checkers to fill afternoons with strategic games.

Leo was fascinated by the world of technology. In 1971 he had the first pocket calculator, a Bowmar Brain. In the 1980s he bought a Commodore 64, followed by a long line of Apple devices. He was always open to understanding and embracing innovations. Leo was exploring the internet before there was a World Wide Web, making pen pals around the world and keeping in touch for decades.

Although he was a gentle person, he held firm to his ideals of justice and compassion, demonstrating in his work and life his belief in the humanity of all people, his family said. He led by an example of curiosity and exploration, encouraging and inspiring his children to follow their passions, wherever they might lead. A few weeks before his death, he was heard saying to one of his children: “We really do have a great family, don’t we?”

A private service was held at Our Lady Help of Christians Cemetery in Glenmont. Memorial donations may be made to the Capital District Humane Association in Loudonville (cdha.net), or Community Hospice Foundation (communityhospice.org).

Born in Kingston on Jan. 30, 1934, he was the son of Stephen and Mildred (Baricevic) Milkovich. He grew up in Kingston until the family relocated to Cold Spring following the death of his father.

At Haldane High School, Frank excelled both academically and athletically. He went on to earn a degree in chemistry from Ohio Wesleyan University. After serving in the U.S. Army from 1955 to 1957, he returned to school, earning a master’s degree from Union College. While teaching chemistry at Haldane, Frank earned a second master’s degree in school administration from New York University.

Frank’s long career with the Haldane school district culminated when he became principal and assistant superintendent. He also coached the varsity baseball and football teams. In 2017 Frank was inducted into the first class of the Haldane Athletic Hall of Fame for baseball, basketball and football. He was also inducted into the Haldane Athletic Hall of Fame in 2018 with members of the 1963 championship baseball team he coached.

Frank was a parishioner at Our Lady of Loretto; a life member of the Cold Spring Lion’s Club (where he served as president, was named Lion of the Year in 2006 and was instrumental with the club’s scholarship fund, which is now named after him); and a founder of the Cold Spring Junior Chamber of Commerce, or Jaycees, which launched the Fourth of July Community Day on the riverfront.

Along with his wife of 63 years, the former Jean Celeste, Frank is survived by his children, David Milkovich (Annette) of Delray Beach, Florida, and Lisa Lange (Eric) of Mandeville, Louisiana; a granddaughter, Kasey Smith (Ryan) of New Orleans; and his siblings, Steven Milkovich of Glenham and Stephanie Procker of San Jose.

Services were private. Memorial donations may be made to the Frank Milkovich Scholarship Fund at the Cold Spring Lions Club (coldspringlions.org).

She was born Feb. 24, 1940, the eldest of four children of Arthur and Barbara (Phillips) Willis.

After earning a master’s degree from Teachers College at Columbia University, Suzanne taught and worked in the Greenburgh Central School District No. 7 for more than 20 years. She also was a photographer and columnist for the Greenburgh and Scarsdale Inquirer newspapers as well as the Cleveland Van Wert real estate office in Scarsdale. She married Daniel Sheehy and, secondly, Edmund Drake.

Suzanne was a member of the Hartsdale Kiwanis Club for more than 30 years, and the Cold Spring Lions Club, and served for a number of years on the board and fundraising committee of the CoveCare Center (formerly Putnam Family and Community Services).

She was active with the United Way of Westchester and Putnam and the Cornell Cooperative Extension Master Gardener program. She also was a founding member of the Philipstown Behavioral Health Hub, which provides access to mental health and addiction resources.

Suzanne will be remembered for her thoughtfulness; her generosity; her plain-spoken, forthright and unassuming style; her sensitivity to the needs of others and her love and passion for animals, her family said.

A celebration of life will be held in 2023. Memorial contributions may be made to the Philipstown Behavioral Health Hub (philipstownhub.org) or to the CoveCare Center (covecarecenter.org).