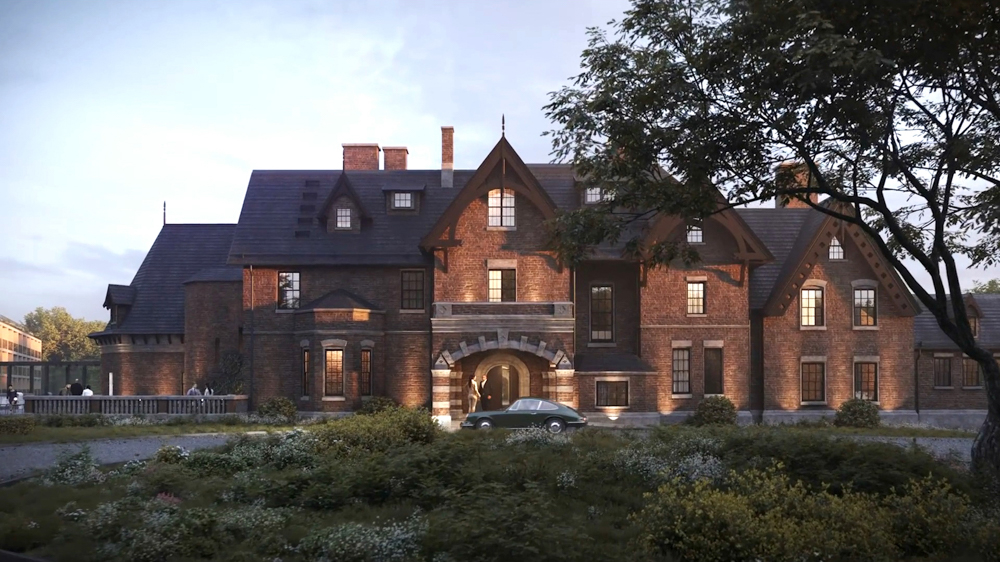 A rendering from 2020 shows the developer’s vision for the former Craig House.

Mirbeau Inn & Spa Beacon, which owns and plans to redevelop the historic estate on Route 9D that includes the former Craig House psychiatric facility, has asked the city and the Beacon school district to support a plan that would substantially reduce the property taxes on the 64-acre property over 15 years.

The developers would benefit from an agreement known as payment in lieu of taxes, or PILOT, a tool used to promote job creation and economic development. The Dutchess County Industrial Development Agency (IDA) would determine if the project provides enough benefit to qualify.

While the IDA will approve or deny Mirbeau’s request, the city and school district can influence the decision, said Sarah Lee, the executive director of the agency.

“It will give the [IDA] board some pause if one or more affected taxing jurisdictions does not put forth its support,” Lee said. “However, the board also considers other factors, such as the direct, indirect and induced benefits to the county.”

Mirbeau, a chain with luxury hotels and spas in Rhinebeck, Albany and Skaneateles (in Onondaga County), bought the property in February for $10 million. It has said it expects to spend another $45 million on the project.

The Beacon Planning Board has nearly completed its review of the first phase of the firm’s plans to restore the parcel with a 75-room inn and spa, a 110-seat restaurant, elaborate gardens and cottage rentals. Future development phases are expected to include resort cottages, a micro-farm and the restoration of the former Tioronda School building.

Under a typical PILOT agreement, which usually lasts 10 years, a company makes an annual payment to a municipality or school district instead of paying property taxes. There are two PILOTs in effect in Beacon: a 10-year agreement for 23-28 Creek Drive, which will be the U.S. headquarters for Docuware, a German document management firm, and a 30-year agreement for the Davies South Terrace affordable housing complex.

Mirbeau is seeking an “enhanced” PILOT, which is more complex. If its request is approved, the property would be assessed once construction is complete (it’s currently assessed at $3 million) and regularly thereafter, like other residential and commercial parcels in Beacon. Mirbeau would pay the property tax it was paying before construction, plus 50 percent of the difference between that initial, or base, assessment and its new assessed value in Year 1.

It would then pay an incrementally increasing percentage of the difference, peaking at 95 percent in Year 15.

City Administrator Chris White and the City Council, including Mayor Lee Kyriacou, discussed Mirbeau’s request for a letter of support during a closed session following the council’s Nov. 14 meeting. There were no objections, and the city has drafted the letter, White said.

“The deal is really good from a financial perspective for the city, school district and county,” he said, noting that Mirbeau’s proposed terms “far exceed what we get today” in property taxes from the site, which has been vacant since the hospital closed in 1999.

Once Mirbeau is up and running, White predicted that weddings at the Roundhouse, for example, would generate a steady stream of rentals at the inn while providing “a shot in the arm for the businesses on Main Street.”

The city administrator also mentioned job creation and other public benefits involved with the project as factors in the city’s support. For instance, Mirbeau has agreed to construct a sidewalk on nearby Grandview Avenue and build a pedestrian crosswalk at the entrance to the University Settlement Camp on Route 9D.

The Beacon school board considered the request for more than an hour at its Nov. 21 meeting but reached no decision. The discussion will continue on Dec. 12.

“In most cases, if it wasn’t for a PILOT, the project would not be able to go forward,” she said. The intent behind property tax abatement “is to allow businesses to ramp up their customer base to be able to eventually make the full tax payment.”