Putnam County Legislator Nancy Montgomery, whose district includes Philipstown, last week rebuked the majority of her colleagues who oppose a revision of an 1847 state law that limits financial compensation to survivors in the wrongful deaths of loved ones.

She commented in Carmel at the Legislature’s Dec. 6 formal monthly meeting in regard to the Grieving Families Act, passed in June by the state Senate and Assembly with bipartisan support. It awaits action by Gov. Kathy Hochul.

Five members of the nine-person Putnam Legislature signed a Nov. 30 letter asking Hochul to veto the legislation, claiming its enactment could significantly raise medical practitioners’ insurance fees, award payments to families for concerns ranging far beyond economic loss, and increase the number of wrongful-death lawsuits because it extends the deadline for bringing them to 3½ years, from 2 years.

“What hubris” her colleagues displayed in assuming that they “are more informed about this issue, its benefits and its potential consequences, than nearly the entire New York State legislative body,” Montgomery said at the meeting, noting that Neal Sullivan of Carmel-Mahopac, who chairs the Legislature but will leave office Dec. 31 after losing his seat in the November election, asked her to sign the letter “on the eve of the anniversary of my husband’s wrongful death.”

Montgomery’s husband, Jim Lovell, died in the Dec. 1, 2013, derailment of a Metro-North train near New York City. She filed a wrongful-death lawsuit against the Metropolitan Transportation Authority that was settled out of court. 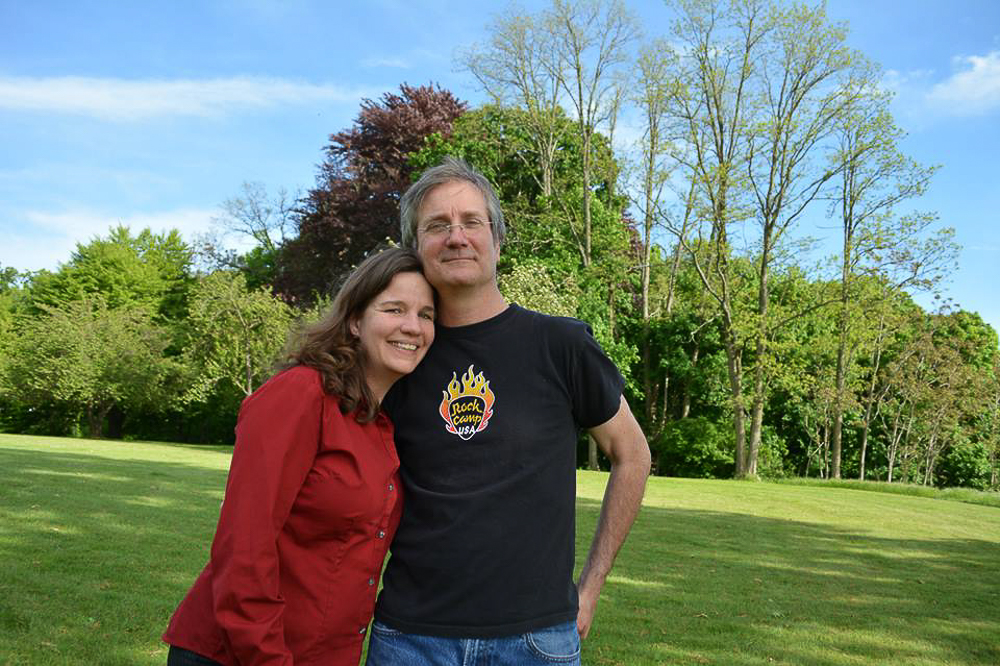 Nancy Montgomery with her husband, Jim Lovell, who died in a Metro-North crash in 2013. She settled a wrongful-death lawsuit filed against the MTA.

“While this legislation would not help me personally,” Montgomery said, she felt “truly traumatized” by Sullivan’s move and “equally disheartened” that Legislators Ginny Nacerino of Patterson, Carl Albano of Carmel, Amy Sayegh of Mahopac and Toni Addonizio of Kent, all Republicans like Sullivan, signed the letter.

Montgomery asserted that “the people of Putnam deserve better representation, not someone who is going to advocate for corporate America on the backs of those wrongfully taken from us.”

Three other Republicans, William Gouldman of Putnam Valley, Paul Jonke of Southeast and Joseph Castellano of Brewster, did not sign. Montgomery, whose district includes part of Putnam Valley, is the Legislature’s lone Democrat.

According to the New York Public Interest Research Group, a public-policy nonprofit, and two organizations of trial lawyers, the 1847 law needs revision because it reflects archaic concepts of a married adult male as a family’s sole wage-earner, fails to account for the unpaid labor of women in homes and excludes families that consist of domestic-partner couples, grandparents raising children and others in non-traditional arrangements.

The letter to Hochul from the five Putnam legislators says that, along with higher insurance costs, the Grieving Families Act “would have unintended consequences that damage medical care,” induce medical practitioners to leave the state, and “increase the financial strain on hospitals and medical practices,” likely forcing some to close. Similarly, it argues, the revised legislation would “allow the recovery of emotional damages against someone found liable for causing a death.”

The letter further predicted that the legislation “will open the door to such non-economic damages as grief, sympathy and ‘loss of love, society, protection, comfort, companionship and consortium,’ ” instead of focusing on economics.

Yet these other losses remain real “every moment of every single day,” Montgomery said, “and they definitely affect the economic stability of any family.” Under the 1847 law, she added, monetary damages “merely pay for the insurance and expenses necessary to keep up with the unresolved consequences of losing a loved one.”

None of the five legislators who sent the letter replied to her. The matter was not on the agenda and Montgomery spoke during the period, just before adjournment, reserved for legislators’ comments on any subject.

When the bill was approved by the state Assembly in June, 147-2, it received “yes” votes from Sandy Galef and Jonathan Jacobson, Democrats whose districts include Philipstown and Beacon, respectively, as well as Republicans Kevin Byrne, who was elected in November as Putnam County executive, and Mike Lawler, who won election to the new U.S. House district that includes Philipstown.

In the state Senate, which passed the bill 57-6, Sue Serino, a Republican who represents Philipstown and Beacon, voted “yes.”