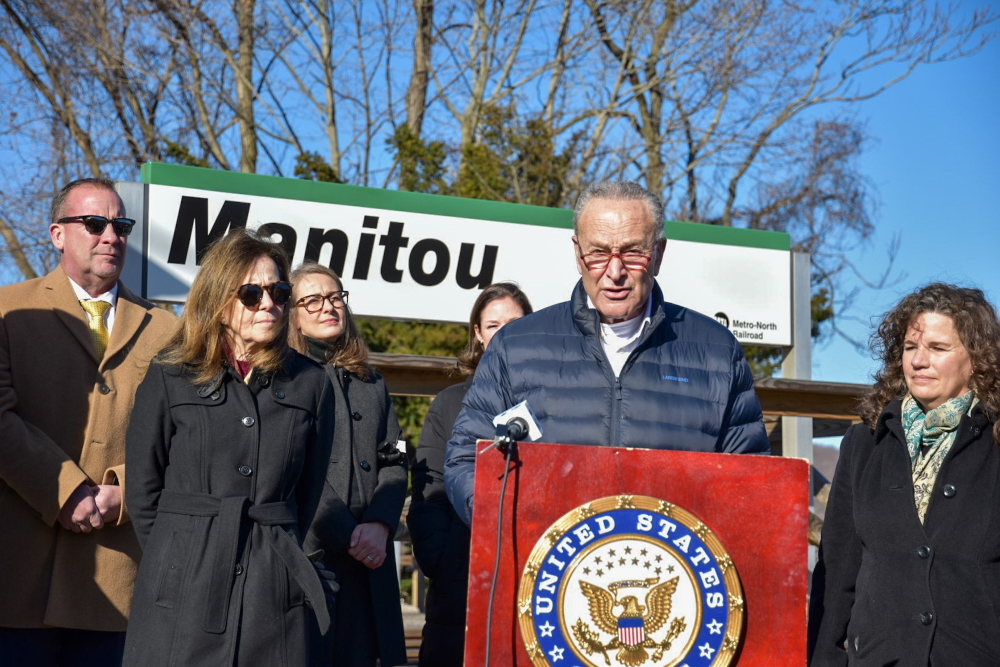 Sen. Charles Schumer visited Garrison on Dec. 9 to advocate safer Metro-North crossings. The Manitou stop on the Hudson line is one of five in Putnam and Dutchess counties that will soon be upgraded at a cost of $4.4 million.

The funding will come from the Infrastructure Investment and Jobs Act, which includes $9 billion for rail safety. Schumer, who is the Senate majority leader, said he also is pushing for $45 million to enhance positive train control (PTC) technology to automatically slow engines in emergencies.

Schumer was joined at a news conference at the Manitou Station by Putnam County Legislator Nancy Montgomery (right), whose husband, Jim Lovell, was killed in a 2013 crash that might have been prevented with PTC in place. (Photo provided)