Newly arrived in Beacon, composer will share his work

On Jan. 13, Timothy Brown, a composer, conductor and music copyist who is newly relocated to Beacon, will introduce his work to the community at the Howland Cultural Center. 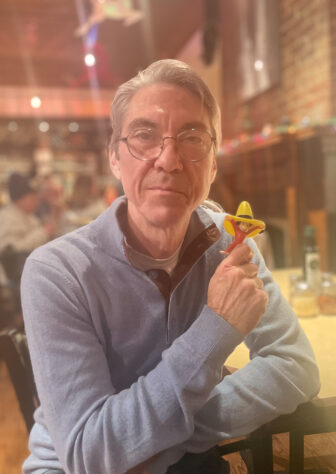 Composer Timothy Brown with the subject of his musical, Curious George (Photos provided)

Six professional singers will perform music during Beyond Curious: An Evening of Musical Theatre Songs, composed by Brown over his decades-long career, in musical genres ranging from classical to children’s.

In the beginning, there was an oboe. Growing up in Michigan, Brown played the instrument and also was involved with choral music. After earning a scholarship to the University of North Texas, Brown switched from performance to education.

“I faded on the oboe because it comes with a little problem,” he explains. “It’s a double reed, like a bassoon, and requires a major focus — one that takes a tremendous amount of time — on working on the reed to achieve the tone wanted.

“Oboists spend half of their lives shaving reeds, not playing the instrument. I switched to education because, by that point, career possibilities for singers were pretty rare.”

Brown worked as a teacher and clinician in choral music, as both a singer with the Wichita Chamber Chorale in Kansas and as a conductor of the Wichita Choral Society.

After moving to New York City in 1988, Brown returned to composition at TheaterWorks/USA, where he worked on a children’s musical based on Curious George, the popular series by Margret and H.A. Rey about the playful monkey. It opened at Town Hall before touring nationally for nearly a decade.

Brown’s repertoire has been performed at venues as diverse as a BMI Workshop in New York City, the New York Public Library and, most recently, during A Trace of Love, an evening at the Manhattan Movement and Arts Center that combined his music with lyrics by six collaborators.

Another highlight was an invitation to submit a piece to The Other Side of Broadway, whose mission, Brown says, is to “dig up crossover pieces: theatrically inspired but complex enough to be considered ‘classical.’” His piece, Incidental Dance Suite, was a three-movement piano composition featuring tango, waltz and swing sections. It was performed at the Merkin Concert Hall.

After 12 years at Theaterworks/USA, Brown returned to teaching and went dormant as a composer. “I may have been rekindling the furnace,” he says.

Today, Brown is busy arranging, copying and transcribing the works of other composers, everything from small jobs creating lead sheets (a form of musical notation that specifies the essential elements of a popular song: the melody, lyrics and harmony) to larger projects copying or transcribing entire symphonies for composers who might be trained but don’t have the time. “I prepare music for up and coming Broadway shows, and transcribe individual songs. It’s all digitalized now, of course, but the final result is still sheet music,” he says.

Brown decided to leave New York City when his daughter went to college. He spent a year researching the region “for places that would keep me close enough to civilization plus offer community. I also wanted to live without a car, but in a town big enough to have amenities and where I could walk or ride a bike.”

Since arriving in Beacon 16 months ago, Brown has joined the board of the Lyra Music Festival and can be found several days a week behind the counter at Solstad House and Betty Beacon, two Main Street shops owned by Frank Martinez and Steve Yount. 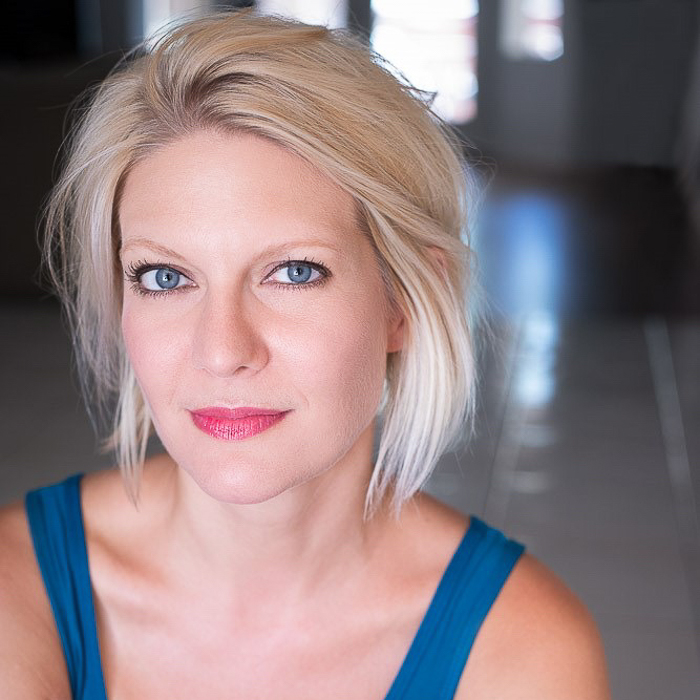 Beyond Curious will feature singers Christian Campbell, Ryan Dunn, Chilina Kennedy (who portrayed Carole King in Beautiful on Broadway), Jennifer Malenke (another Broadway veteran whom Brown heard at Reserva in Beacon), Daniel Rowan and Nicole Tori, accompanied by Matthew Lowy on piano and Terence Murren on bass. Most of the songs have lyrics by George Gorham.

The performance will include one song from Curious George. Brown spent a year writing an adaptation, both lyrics and music, despite warnings that he’d never get the rights from the husband-and-wife team who co-wrote the books. To his surprise, he did — but only for the music, not the lyrics. Hans Rey had died, but Margret Rey wanted someone else to write them, which took another year, he says.

“The song I’m using in this performance is not from the produced version,” he explains. “It’s my original.”

The Howland Cultural Center is located at 477 Main St. Tickets are $39 ($19 for students and seniors and $69 for patrons) at howlandculturalcentertix.com, or you can “pay what you’re able” at the door. Some material may not be suitable for children.