Wallick was diagnosed with ALS, commonly known as Lou Gehrig’s disease, in June 2021 after first experiencing symptoms six months earlier. “While the disease slowly robbed him of his ability to speak, eat, walk and breathe freely, it never defined him,” his family wrote online. “David bravely forged ahead, experiencing life as best as possible, even though he was in a wheelchair and attached to a portable ventilator.

“David treasured his ability to communicate with all of you through social media,” his family wrote. “As his world became more limited, your words of encouragement fueled him through the rough days and made him feel connected. We are forever grateful to all of you for cheering David on as he faced the daily realities of this awful disease.”

David was born Nov. 26, 1962, in Springfield, Massachusetts, the son of Gerald and Lucille (Banner) Wallick. He grew up in Needham, Massachusetts, and Eastchester, New York. 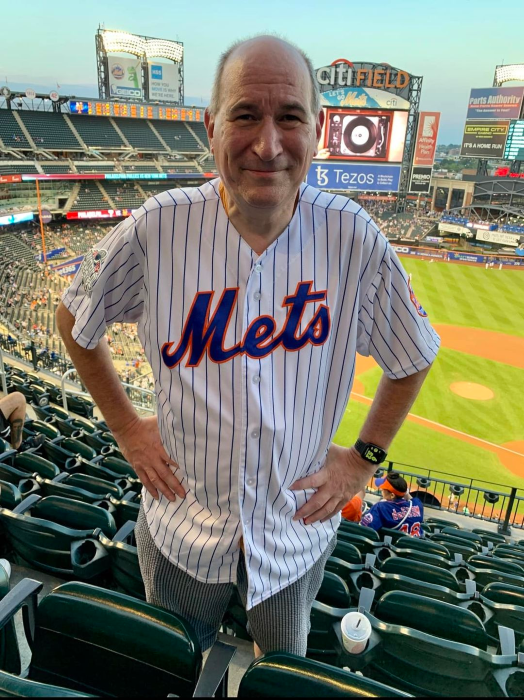 Although David didn’t live in New York until age 10, he considered himself a lifelong New Yorker. He spent his career as an educator, first as an elementary teacher for more than two decades and then as an elementary principal, including at Haldane from 2017 to 2019. It was a career he loved, his family said, and he was happy in knowing he could help others on a daily basis.

Wallick came to Haldane after serving as head of the Bicycle Path School for pre-kindergarten and kindergarten students in the Middle Country Central School District on Long Island. He also taught elementary school in the Briarcliff Manor, Katonah-Lewisboro and Ardsley districts in Westchester County.

David had many interests but his favorites were the Mets and Broadway. He was a ticket plan holder for the Mets for nearly four decades and attended hundreds of games. He loved being in the stadium to watch in person. He also loved attending Broadway shows, something he had done throughout his life.

In addition, David was a lifelong runner. He completed in 12 New York City Marathons, as well as many other races. Growing up, he was thankful for his summers at Camp Siwanoy. He met many friends through his camping experience whom he kept in touch with throughout the years.

A funeral service was held on Jan. 6 at Clark Associates Funeral Home in Katonah, followed by interment at Sharon Gardens in Valhalla. Memorial contributions may be made to the ALS Association Greater New York Chapter (als-ny.org) or any organization that helps children.