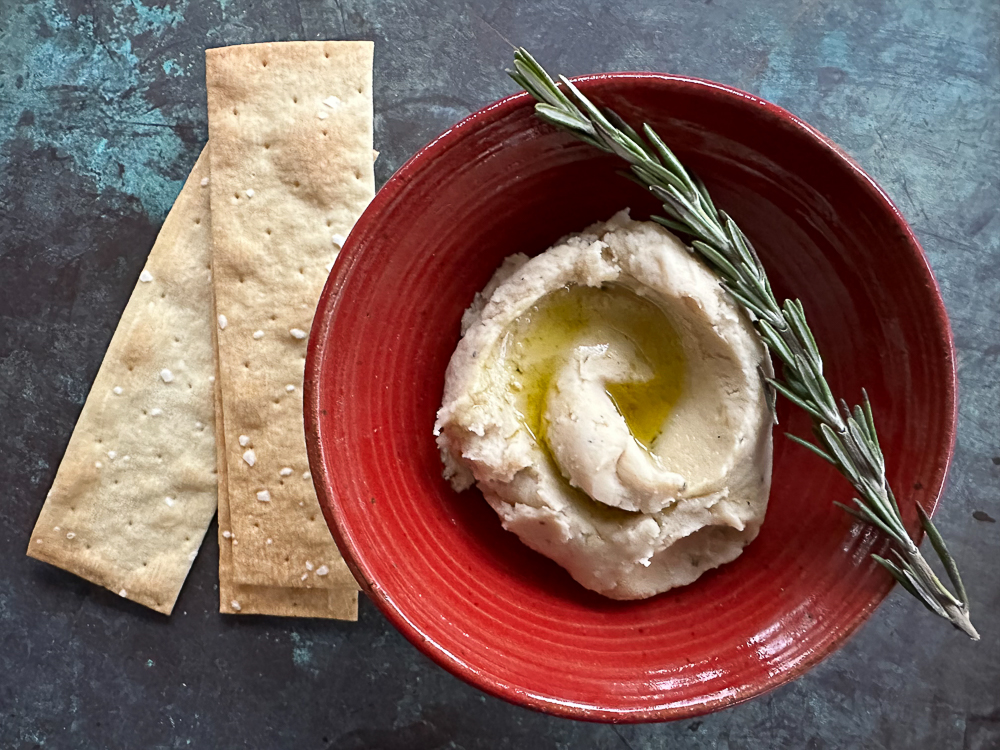 Some of my favorite self-made dishes were created under duress — in makeshift kitchens or over fire pits, with random equipment and limited ingredients. At the time, I concluded that the success of the resulting food was due to low expectations, plus gratitude that we had anything palatable to eat at all under the circumstances. But when I later went back and re-created some of those dishes, I was surprised. Maybe necessity isn’t the mother just of invention, but also of delight.

This week’s recipe is one such creation. I made it on an off-season weekend many years ago when my husband, Peter, and I were up in New Hampshire hiking with his friend Greg. The kitchen of the remote and rustic farmhouse where we were staying offered few staple ingredients — some stale herbs and spices, a handful of faded-label cans, random teas and vinegars — and even fewer functioning appliances. You had to bring with you whatever you planned to eat.

We were nearing the end of our stay, and of our provisions. Meanwhile, we’d been walking in the mountains and were very hungry. So I scanned the kitchen, found a head of garlic which I wrapped in foil and placed in the toaster oven, and opened a couple cans of beans. I was going to make a bean dip.

Bean dips, pastes and mushes have originated in a wide variety of cuisines. There’s hummus from the Middle East, refried beans from Mexico, dal from India and red bean paste and miso from Asia, just for starters. It makes sense: Legumes are one of the few things that grow well in a range of climates that will also naturally become non-perishable if left out to dry. Most vegetables would simply rot. So they’ve sustained populations through off-seasons and fallow spells for centuries, and they’ve been subjected to a million cooks’ urges to tinker, observe and play with their food. Beans break down when overcooked; bean pastes are the inevitable consequence.

The white beans I found that day in the White Mountains suggested an Italian-style dip or paste, but I lacked a critical ingredient: olive oil. We did have decent butter from a dairy farm down the road, however, so I warmed it slightly and substituted it. I didn’t tell the others — people get nervous when you tell them that you put a half-stick of butter in their afternoon snack.

Research has found that stress impacts memory — in particular a memory’s accuracy. To this day, Greg still talks about the white bean dip I made that afternoon after we got home famished and realized the kitchen was bare. He is convinced that its deliciousness was due to some exotic bean that I discovered languishing on a back shelf and subsequently soaked and cooked. He has even tracked down and bought several rare and pricy beans hoping to recreate the dip. He might be right. I have no recollection of using such beans, however. What I remember is the butter, and my mendacity about it.

These days, I make the dip with half olive oil, half butter, which is plenty good enough. It’s the kind of ultra-simple dish that hardly needs a recipe at all; once you’ve made it, you can recreate it wherever you go, from beans plain or fancy, and your own brilliantly unreliable memory.

Heat your oven or toaster oven to 350 degrees. Rub the garlic lightly with olive oil and wrap it in aluminum foil. Place in the oven and cook until the garlic is soft when pressed, about 20 minutes. Meanwhile, empty the cans of beans into a strainer; rinse with cold water and leave to drain while the garlic roasts.

When the garlic is done, allow to cool slightly, then, using kitchen scissors or a very sharp knife, cut the top of the head, so that each clove is exposed. Squeeze the head of garlic over the bowl of a food processor, so that the roasted cloves are pressed out into the bowl. Add the drained beans, the minced rosemary, the warmed butter and remaining olive oil. Process until smooth.

Taste and add water or cooking liquid — see below — and olive oil until desired consistency is reached. Serve warm or at room temperature, with crackers or toasted bread.

* This recipe is arguably even better with dried beans: Start with 1 cup dried navy, great northern or cannellini beans. Soak overnight, drain, then add water and simmer with ½ onion, 1 bay leaf, a couple garlic cloves and several grindings of pepper. When the beans are almost soft, add 2 teaspoons salt and a generous drizzle of olive oil to the pot. Continue cooking for 10 more minutes; turn off the heat and allow the beans to cool in the cooking liquid. Drain to make the recipe, reserving some cooking liquid to add to the dip in Step 3.