“The team and I are proud to share this meaningful moment with her, and are grateful for her years of dedication to the program,” said Assistant Coach Michael Carofano.

Haldane improved its record to 3-4 with a win on Wednesday over North Salem, 42-39. The Blue Devils trailed by double digits for most of the game but rallied in the second half. The team visits Yorktown today (Jan. 6) and Croton-Harmon on Tuesday.

Beacon celebrated the new year by winning, 66-52, at O’Neill High School on Tuesday (Jan. 3). Adrian Beato paced the Bulldogs with 16 points, followed by Joe Battle with 11 and Darien Gillins with 10.

“That was probably the best all-around game we’ve played this year,” said Coach Patrick Schetter. “The defensive intensity was there, and offensively we moved the ball well.” 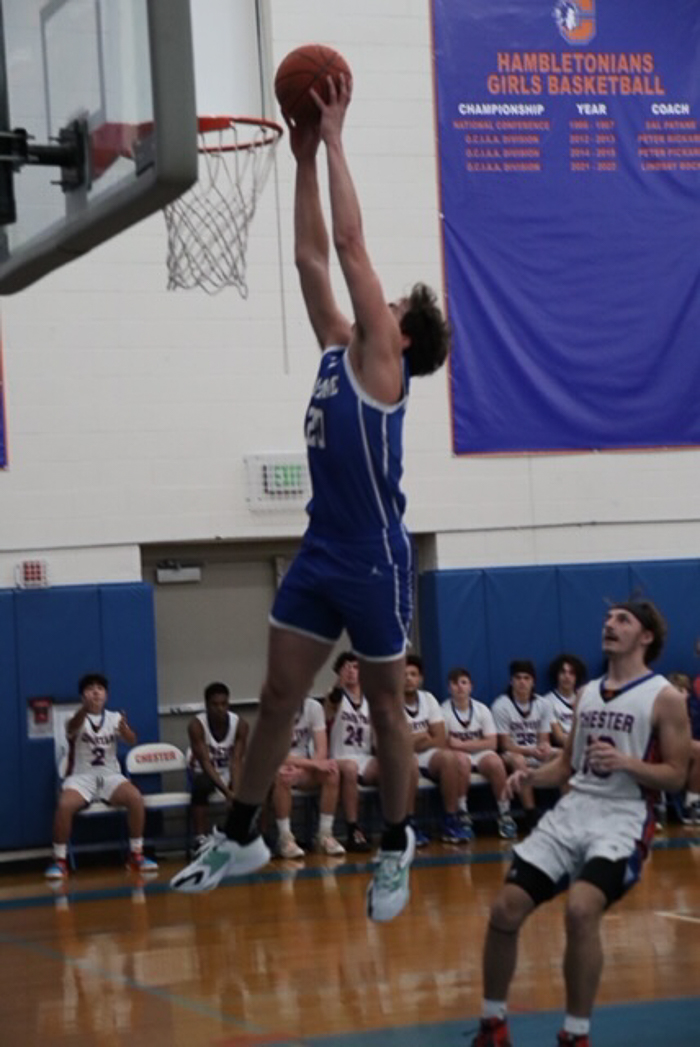 Haldane’s Matteo Cervone dunks for two of his 29 points against Chester. (Photo provided)

“We focused on defense and rebounding,” Haldane Coach Joe Virgadamo said. “We held them to 12 points in the first half, we were moving our feet on defense and it paid off. It’s fun to see the progress we’re making.”